by Luigi K.D.Cruz 2 years ago in humanity
Report Story 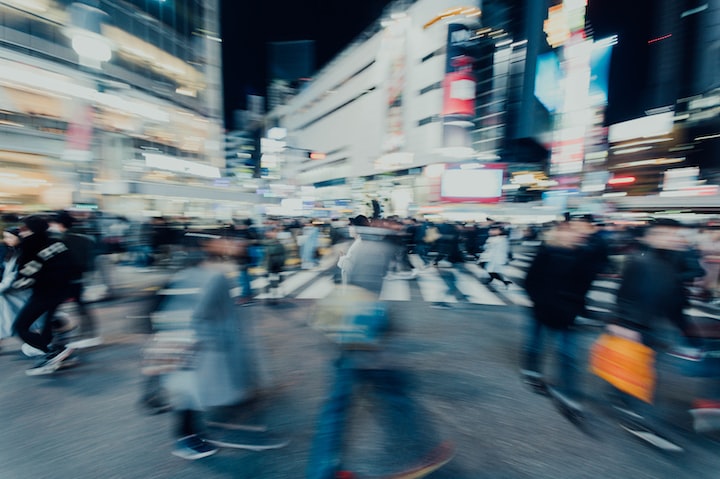 Photo by chuttersnap on Unsplash

The world is on fire. I swore that 2020 is going to be my year, the year that is going to flourish everybody's life. However, it started with this century's first-ever virus pandemic that the world's scientists are racing desperately finding a cure to put a period tot this pain and sufferings. In the UK, we are currently on the 12th week of lockdown and frankly, people are getting fed up with government's reluctant decisions to tackle this ongoing issue which people are still struggling to get to the other side of the tunnel.

2020 couldn't get any worse with a recent incident when an innocent black guy was forcefully put down to the ground and died from suffocation as a result of continuous strangulation conducted by a white police officer in America. The rooting has become violent as the police start to attack the protesters with teargas bombs, plastic bullets and pepper sprays. Dozens of buildings and properties are set on fire while the overpowering police force creates additional innocent victims. I repeat the world is on fire. I can't list the whole awful things happening around the world, but, certainly, we are not giving up what we are facing right now, and we simply cannot back down.

I was born in São Paulo, Brazil, the biggest city and also the biggest economic metropolitan in South America. My family moved to Japan as an immigrant. The reason could not be simpler: opportunity, safety and stability. Back in the 1990s, there was a wave of immigrants coming in and settling in from all over the world, namely people looking for better jobs to earn enough money to sustain their families back in their home countries. My parents were the same, Japan was probably one of the best countries where foreigners could work with no concerns and most of all, Japanese government welcomed the workforce that immigrants could bring about to their economy, hence the economic boom in the 90s was quite quintessential for Japanese history.

However, this did not mean that my parents were rolling with money. In fact, most immigrants were working for companies with no proper skillsets, especially working for factories that did not require any sort of professional backgrounds, although a lot of them had some higher educational backgrounds including my mother. I am pretty aware that during those times illegal recruitment and unreasonable deal agreements were made with non-Japanese speakers, but it was the normality to survive and most importantly to not to go back to their home countries empty-handed. Saying that I grew up in a very happy, typical working-class household where we always shared our stories until we got sick of each other.

My first day in elementary school was uncomfortable and I still remember vividly that my legs were all so shaky and yet still unsure of what's going to happen in coming years to me. I learned Japanese through reading children books and watching anime all by myself. Before that, I always spoke to my parents in Portuguese mixed with some random Japanese in a sentence. It is weird and I still think it is bizarre to think how I speak sometimes to my parents, but I know you're reading this and relating to this somewhat abnormal way of communication. Well, welcome to my club!

My first school days were constant struggle with adopting myself into the Japanese institutional, systemic and strict rules where everybody was asked to be obedient and polite to each other, and if you were caught breaking rules, you would be punished by the rain of humiliation from your peers. I still, in fact, often times think how Japanese society can be so robotic and lifeless. Don't get me wrong, it is a beautiful country with its amazing history and tradition. Growing up in Japan was defintely a special expereience and I met so many great people who I shared my blood and tears together. However, its history haunts people and somewhat chains firmly people from progress forward both culturally and socially. Being an outcast would be hard wherein the social norms dictate how people evolve and judge one's existence.

Secondary and high school are the worst places on this planet. I think you can somewhat agree with this statement, not only because you were called ugly or dumbass but also kids are so wild and reckless, and I was one of them. In a unique way. This sounds such a cliché in 2020, but I was bullied for being who I was. People called me "Gaijin" meaning foreigner in a derogatory manner, faggot (for I was a little bit effeminate) and making fun of my name. I believe that being different caught attentions from those who were the real attention seekers and I was in the centre of attention for being unique. I guess being unique is almost like an international language for "Hey! Take a look at me. I am different." The word "different" has a notorious connotation of being wrong and unfitting. Especially in Japan, unity and neatness are considered to be the beauty and any sort of rebel attitudes and behaviours were a big no-no. This suppressed my personality and capability. However, something has changed with one incident…

Hiya! I am a music composer, singer-songwriter. Just like anybody who is in love music, I listen to tons of music. I love travelling too! So I will be sharing my stories of music and reviews!

More stories from Luigi K.D.Cruz and writers in Humans and other communities.