What is it that makes something morally right?

by Abdullah Trfas 8 months ago in humanity
Report Story 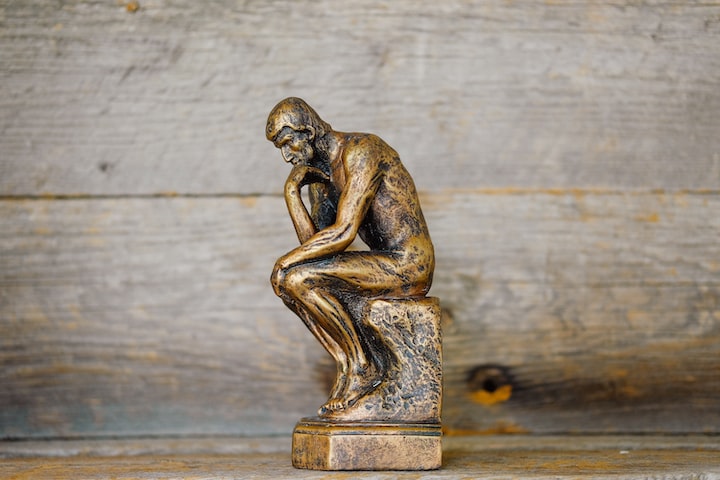 We take moral facts and obligations for granted, we rarely think about or come across reasons why the things we intuitively believe are bad actually are bad. From as far as we can remember hurting people was bad whilst helping people was good. The common perception of philosophy as ambiguous nonsensical jargon doesn’t help in stimulating interest within the general public in great historical thinkers and philosophers. Actually, this was my own view until a few years back.

There are multiple schools of thought within moral theory. Consequentialism is the most widely-held view of moral facts and moral obligations. Basically speaking, it is the view that the moral goodness of an action depends on the consequences it brings about. What makes something good or bad depends on whether the outcome it brings about is desirable or not. This requires a utilitarian view of moral facts, which means that something is good if it brings about the most happiness and wellbeing for the individual. Utilitarian is derived from the word utility. Within the context of moral consequentialism utilitarianism is split into two main categories. The first of which is act utilitarianism, which holds that an action is justifiable by whether or not that action directly brings about an outcome that maximizes well being. The second category is rule utilitarianism which is less context dependent and makes use of general rules that should be followed when it comes to a moral judgement.

Act utilitarianism relies on the principle that well-being is the goal of all moral activity. If happiness and wellbeing can be achieved, then a certain action is moral. Act utilitarianism is context dependent and relies on whether the very specific action will bring about happiness and wellbeing. A common justification of this moral philosophy is intuition. For most people, it is quite intuitively evident that well-being is the ultimate desirable outcome when it comes to any action. It is plausible to trust this intuition since if our moral senses are to be doubted then so can any of our commonly trusted senses. A common argument used to justify Act Utilitarianism is an evolutionary argument. Our common moral intuitions evolved from that which brings about an increased chance of survival. Under this view, our senses of happiness also evolved to be equivalent to that which would increase survival chances and hence happiness is somewhat synonymous to morally correct outcome, just as H2O is synonymous in a certain sense to water.

What is problematic, for most people, when it comes to act utilitarianism is its contradiction with the considerably basic moral intuitions which frame our moral judgements. A common response to this would be to simply disregard the intuitions for which we base our judgements. We, after all, disregard our intuition that the earth is flat in the face of reasonable evidence and logic. This is problematic as most act utilitarianists base their arguments on the very principled intuition that well being is morally desirable. This creates a self defeating worldview and makes it difficult for any utilitarian, as a matter of fact, to justify grounding all moral activity on well being and happiness. It is important to demonstrate the contradiction of Act Utilitarianism with our basic moral judgements. Take for instance self sacrifice, in most societies self sacrifice is considered a commendable value. Under act utilitarianism, anything that would bring harm to an individual or effect their personal wellbeing would be unjustifiable, that would include self sacrifice. If a person were to jump in front of a car and push ten people away from a train, they would be commended. That, however, wouldn’t serve their personal well being. This contradicts an approach grounded in personal utility.