What Exactly Is Toxic Masculinity?

by Daniella Cressman 4 months ago in humanity
Report Story

This is certainly a loaded term, but what does it really mean? 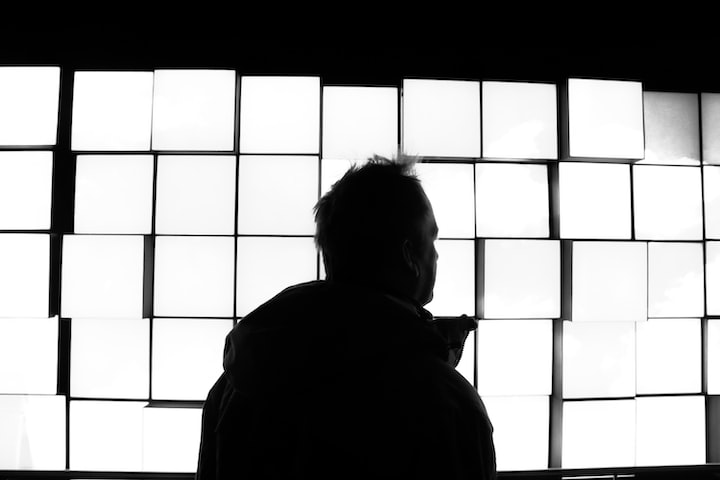 I have been thinking a lot about gender roles and sexism lately, and toxic masculinity has become something of a buzzword, or, more appropriately “buzz phrase” lately, especially in decidedly feminist circles. Now, although I personally do not identify as a feminist, I do think the movement has a lot to say that is essential to a more equal world and has contributed to society in very important ways.

“A set of attitudes and ways of behaving stereotypically associated with or expected of men, regarded as having a negative impact on men and on society as a whole.”

Well, no wonder men are confused! These often problematic behaviors are associated with masculinity in the stereotypical sense. As if that’s not enough, men are also expected to behave in this negative manner, so this has got to be challenging to navigate. Let me tell you, it’s also very hard for many women when men have so much trouble knowing what it truly means to be a man!

I personally think that one major problem we have in our society is that we generally do not find it manly or acceptable for a guy to break down and cry. He can be angry, he can be mean, and he can even be violent, but it’s not okay for him to actually feel his pain. This really needs to change, because a lot of men are feeling extremely repressed due to this notion, particularly in the southern United States, where the gender roles are quite rigid. Unfortunately, men who are repressed tend to explode in the societally “acceptable” ways and this can often result in racism and sexism. Of course, I am not saying this is the only contributing factor to these forms of discrimination, but it is certainly a very important piece in the puzzle: Men who are insecure and feel as though they’re not good enough are far more likely to try to make others feel inferior, so that they can feel better about themselves. It’s quite tragic really.

Furthermore, there is yet another issue that has not really been mentioned. I can understand why women are so angry, and I am very upset at the state of things myself at times, but there is little to no mention of what it means to be a good man, leading to far more confusion, I’m sure. I’m not meaning to come off as condescending. Although I am not a man, I have been in situations where I was confused as to what was right and wrong, and felt very ignorant when it came to conducting myself in the appropriate manner: I wasn’t trying to be cruel, but I just happened to put my foot in my mouth so many times without even meaning to!

So, what is positive masculinity? That term is not nearly as popular, is it? In fact, I don’t think I’ve seen it anywhere.

Gender roles and relationships are quite complex and there are so many layers. For instance, I have had several men ask me why they need to pay for the bill if I think we should be equals? I didn’t exactly ask them to pay and am always willing to split the check, but I can understand where they’re coming from, especially if they were raised in conservative and traditional families: That is a gesture that puts a woman in a privileged position, for sure. There’s no doubt about it! However, times are changing, and quite a few females are now willing to split the check, so I think it’s a little unfair to just assume that I, or any other woman for that matter, wouldn’t.

There are also other issues that have been brought up. What looks like oppression to some can feel like an injustice to men as well. For instance, men are often expected to enroll in the military more than women are. One man even told me that, generally speaking, women’s lives are more valued. He has a point. I mean, men are often expected to make enormous sacrifices and risk their lives in a way that women are not. I personally think that the way we glorify violence and view heroism in American society is extremely problematic, and it leads to a lot of violent acts.

I want to make it very clear that I have a great deal of respect for soldiers and veterans. The sacrifice they have made for their country is enormous, and I would never want to disrespect their journey and the suffering they have often experienced.

That being said, I do believe the societal view of what it means to be a hero is warped, and it results in a lot of unnecessary violence towards others.

When it comes to money, the gender roles have changed enormously: Women are often the breadwinners, and men will sometimes stay home and take care of the kids. That being said, there are still quite a few families where the husband has the career and the wife is a stay-at-home mother. In addition, it’s becoming increasingly common for gay and lesbian couples to marry and determine their own roles within the relationship. If someone needs to transition to the other gender, they can, although enduring potential criticism from their peers, or merely a lack of understanding, is a very real struggle for many.

All this is to say that gender roles are changing, and a lot of heterosexual men are struggling to navigate their place in society: Should they keep being the protectors and the providers, as they often feel they are supposed to, or is that viewed as oppressive now? How many jokes are really okay when women are in the room? They’re used to being in a predominantly male environment, particularly if they’re elderly, at least in many cases. Some older guys have even asked me, with completely genuine confusion, if it’s even okay to tell their female colleague she’s pretty! My response has been that that’s just fine, as long as they don’t have unrealistic expectations as a result: They can’t expect her to return the compliment or go out for drinks with them after work one-on-one, and it’s not a great idea to keep telling her she’s pretty over and over again, but, sure, every now and again, it’s perfectly acceptable, especially if they like her outfit a lot on a certain day.

They seemed a bit disappointed.

These elderly gentlemen were also having a lot of trouble navigating how to treat women in meetings. Honestly, I found their complete lack of understanding frustrating at this point, because, contrary to the popular belief of many men, we women are not another species. The answer is simple: Treat us as human beings (the same way you’d treat your male colleagues). Also, just steer clear of sexist jokes and flirtation in professional environments. It’s quite simply really. I acknowledge wholeheartedly that it isn’t exactly easy, but I mean, it is rather straightforward, if you’re approaching it in a respectful manner. The same rings true when a white man is interacting with black colleagues, whether they are male or female: Treat them with the same respect you’d treat your white male colleague. Again, it’s really not that complicated.

Now, what does it mean to be a man? Well, there are many cultures that define masculinity differently, so it’s really up to the individual to decide what role is most appropriate, and what kind of man he wants to be. I have to admit that I have struggled to figure out my role as a woman, and still do at times, so I understand that it can be challenging to navigate certain stereotypes and it’s difficult to figure out what exactly is desirable. However, in every scenario, I’ve found that authenticity is paramount. I’ve also found myself most drawn to men who embrace their feminine qualities, and most comfortable in my own skin when I embrace my masculine ones.

So, back to positive masculinity. What is it exactly? I mean, it’s for each man to define for himself really, but there are many elements of the masculine that I find quite attractive, and, honestly, empowering for both genders.

That’s just me. The definition of positive masculinity can be flexible. It can change according to each man and merge with whatever culture he is a part of, but the core quality of positive masculinity, in my view, is the ability to respect women, admire feminine qualities, and sometimes even embrace the gentler, more nurturing side of oneself as a man.

More stories from Daniella Cressman and writers in Humans and other communities.