What Does the World Need More Of?

Hint: it's not stuff. 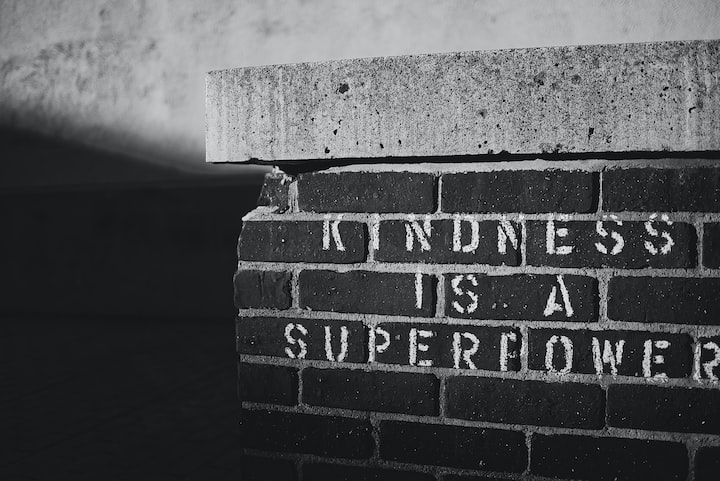 Photo by Andrew Thornebrooke on Unsplash

I have a tainted, tarnished, and cankered view of most major US holidays because of how over-commercialized they’ve become.

It’s a personal problem, I know.

Online shopping has made it incredibly easy to shop for trinkets, baubles, and knickknacks that will break or be abandoned without ever reaching utility or bringing lasting happiness. The “commercialization” doesn’t have to be tied to tangible things, either. YouTube Shorts, TikTok, and mainstream media are digital trinkets that largely steal time and often leave us worse off than when we found them.

That’s all it is.

I don’t need it either.

It’s hard to contemplate the question what the world needs more of because the world is a big place with a lot of souls living in it, but it is a question worthy of contemplation.

A list might include things like more action, tolerance, acceptance, authenticity, kindness, community, wisdom, forgiveness, trust, and hope. That is, by no means, an exhaustive list. This list of traits, however long, can be distilled down into two fundamental characteristics: integrity and charity.

Author M.K. Soni said, “integrity lies in doing what one speaks; speaking what one does.”

Integrity is the quality of being honest and having strong moral principles; moral uprightness; the state of being whole and undivided.

Integrity is essential and irreplaceable. It is the most valuable asset for a person, a company, or a society seeking to build and progress. — Rex Tillerson

Most dictionaries focus on the first part of charity’s definition without getting at the heart of what charity actually is. Charity is generosity and helpfulness especially toward the needy or suffering, motivated by selfless and pure love and concern for the well-being of others, even those who wrong you.

Charity is the purest form of love.

In speaking about charity, Joseph B. Wirthlin said:

The most treasured and sacred moments of our lives are those filled with the spirit of love. The greater the measure of our love, the greater is our joy. In the end, the development of such love is the true measure of success in life.

Lawrence W. Reed expressed this wonderful sentiment: “The world needs more men and women who do not have a price at which they can be bought; who do not borrow from integrity to pay for expediency; who have their priorities straight and in proper order;. . .who stand for what’s true and not simply what they think others will fall for; and who are honest in all matters, large and small.”

We live in a time when integrity and charity are challenged on a daily basis. It seems as though so much is calculated to undermine the efforts of those who are striving to be people possessed of both these important attributes; the core of human character.

In the midst of these challenges, how do we develop greater integrity and charity?

Surround yourself with people who have integrity. This is an important first step because it is far easier to embrace an ideal when you’re surrounded by others who are doing the same.

Keep commitments and learn to say no. The significance here shouldn’t be lost on anyone. So much is asked of us on the daily. If you’re like me, you want to please the people around you. Unfortunately, that often means saying yes then breaking promises. In order to avoid breaking promises, say no more often.

Practice loving people all the time. This isn’t easy, particularly when talking about people who perhaps don’t love you (or maybe even hate you). Sometimes, developing both charity and integrity can be a painful process. However, Elaine L. Jack reminds us that, “charity is patient. It doesn’t give up on others.” It also doesn’t give up on the person trying to develop it.

In truth, developing both of these characteristics is a lifetime endeavor. The great benefit, however, is that we and those around us are lifted immediately as we begin working on them in our own lives. They are part of a virtuous cycle that builds on itself and influences others in a positive way.

As with so many things, having grace for yourself is key to achieving both integrity and charity.

Of course, there’s a lesson in this for me: this holiday season, I want to put my focus on developing more integrity and charity as a way to overcome my present view and lift my gaze a little higher.