Was it an Angel?

by Sofy 10 days ago in humanity
Report Story 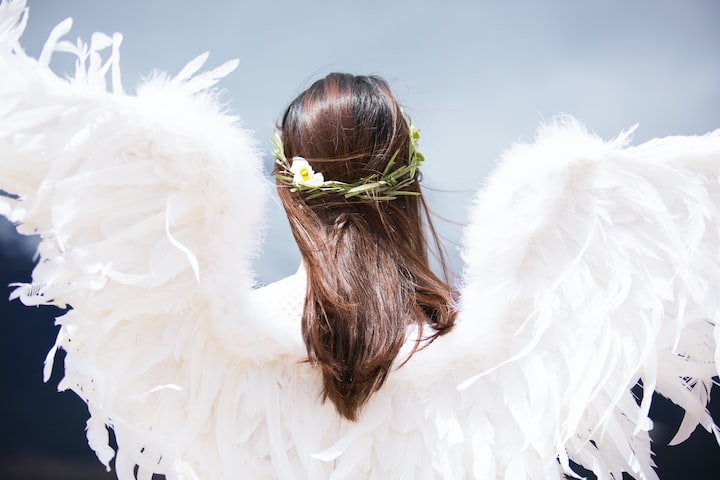 You know our entire lives are surrounded by miracles. Even being alive as mundane and boring as it may sound is a miracle. Some miracles are more dramatic than others, but it doesn’t make it any less of a miracle.

Today I want to talk about how YAH miraculously saved my husband from the hands of ritual killers in Nigeria. This is his story and I will try my best to recount it as accurately as possible. According to my husband, several years ago when he was an undergrad student at the University of Uyo, at Akwa Ibom State University, where he was studying Architecture. He was heading home after a long night at the campus studio, he hopped on a motorbike to take him home, afterward, some other guy came along and asked to ride with him, which he didn’t object to…After they headed out, the second rider asked if they could divert and stop over at his friend’s house to drop off something, to which he didn’t object as well. As they approached the place, they all got off the bike and started walking on foot when he noticed a red cloth or rope hanging around the place they were headed, he still didn’t know what to think of it, when suddenly he looked to the side and in the midst of the bush, he saw a naked old woman come up and did the motion of her neck being cut with her hand. After this gesture, the same way she came up, she went back down or disappeared into the bush. With this strange sight, it suddenly dawned on him, that he was about to be killed by these people. So, he quickly thought of how to get away from them. He asked them if he could go see a relative who didn’t live far from there, but they said no and tried to pressure him to go with them…at that point, he knew these people were desperate, so he threw his backpack and ran for his dear life.

The men seeing what was happening, ran and got on their motorbike and chased him, but for some weird reason, they could not catch up with him. As he continued running, a man in the village, suddenly grabbed him and told him not to be afraid, that he would help him. When the men on the bike saw a man holding and talking to him, they turned back and stopped chasing him. Then the man walked him to a place where he got into a taxi and paid the taxi fare for him to go home, as he had thrown away his money and everything on him when he threw his backpack to run from the ritual killers. As all of these things were happening, it did not occur to him that the bike operator and the second rider were actually working together, they acted like they didn’t know each other and wanted to deceive my husband into his own death. It is also very possible that they employed the use of charms and diabolic items to make my husband docile and receptive to their advances. It was the old woman in the bush who woke him up from whatever sleeping state he was put in. It was when he saw her, that it clicked in his brain, that he was about to be killed. He saw the signs, like the red cloth, but he couldn’t make the connection until after he saw the old woman in the bush.

My husband still has goosebumps whenever he recounts this story, he knows that if not for Yah’s intervention, he would not be here today. Three mysteries he has not been able to answer are first, who was the old naked woman in the bush…her actions woke him up from the spell on him.

Secondly, how could he outrun a motorbike? That doesn’t make any sense physically.

Thirdly, who was the strange man who grabbed his arm, walked with him and took him to safety?

Where these angels at work? We will never know, but what we do know for sure, was that a life was spared miraculously.

Praise be to YAH for his faithfulness, love, and mercy.

* FYI (The red cloth or strings are common items used to identify witch doctors or their dwellings in addition to a host of other items, it also means a place or item has been consecrated to an idol)