by The Hundredth Monkey 9 months ago in humanity
Report Story 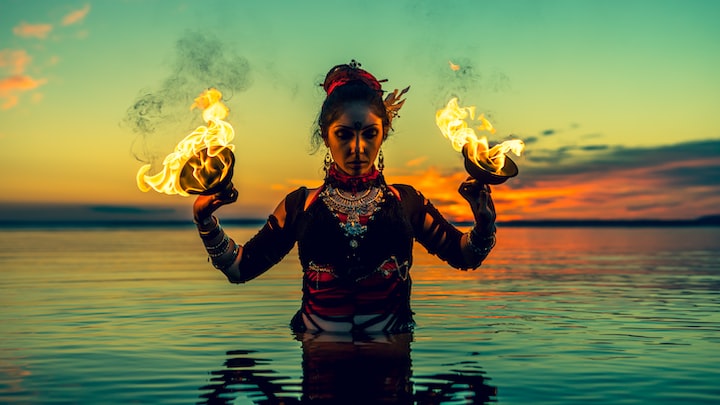 Photo by Olga Bast on Unsplash

It is said that a person’s identity can be gauged through the way they behave, speak and act in a social setting. These aspects represent the kind of society one has grown up in and what kind of culture that society has.

Culture is one of the core factors of our identity as it has all the characteristics of life including values, traditions, arts, institutions etc. that is passed down from generation to generation. It is a way of life for the entire society. Over time those cultures which are dynamic and flexible develop and those which cannot keep up with change are left behind and forgotten.

This is even more relevant in the case of tribal culture. Today, briskly diminishing tribal culture and their loss of identity and traditional roots is presenting a significant impact on upcoming ‘modern’ generation that needs to address and find proper solutions.

The food choices of any individual or community is mainly dependent upon the cultural practices of their living environment. Since tribal societies grow in close proximity to nature and have an animalistic instinct to them, tribals are majorly carnivorous feeding on flesh and meat and some tribes also practice cannibalism (such as Aghori tribe). They depend on forest produce like naturally and organically grown fruits, vegetables, wood and other medicinal herbs. However, over the years some tribes adapted agriculture (shifting agriculture) for their subsistence, such as the Santhal tribe of Jharkhand have a large population of people engaged in agriculture and the tribe grows around ten types of mushroom, 24 kinds of leafy vegetables, six types of legumes, three types of flowers. Furthermore, they are also known for their precise hunting, but with the advent of agriculture they started domestication of animals like cows, pigs and goats.

In the same way as food habits, language of the tribes and their dialects are also unique. Tribal in India come from four major language families, namely-

The research done by Ganesh N Devy (founder-director of the Bhasa Research and Publication Centre, Vadodara) and Adivasi Academy, Gujarat shows that India may have lost 220 languages since 1961. There were 1,100 languages since 1961, based on the Census number of 1,652 mother tongues. There is a projection of another 150 languages vanishing in the next 50 years.

Until recently, UNESCO has put Asur, Birhor and Korwa in its list of the world’s endangered languages with Birhor being categorized as ‘Critically Endangered’, with just 2,000 speakers left.

The diet on which tribes survived for a very long time has gone under tremendous changes with the advent of modernization and globalization. This change can be seen in increasing dependence imported food or ready-to-eat food. Transition of food habits from organic to inorganic food, which are packed with fat-and sugar-rich food, has also increased. Tribal people have been experiencing increasing rates of diabetic, obesity, kidney problem, hypertension, and chronic non-communicable diseases among the tribal people.

In Nagaland, due to inter-village and inter-clan feuds, though the tribes live in physical proximity yet remain isolated from one another. The feud is still carried over to the present time, where none of the tribal languages is accepted for wider communication, even the lingua franca - Nagamese lost out to English being accepted as the state official language. This signifies the social restriction, isolation and lack of mainstream participation by tribal communities over the years.

The partition of India in 1947 caused many Sindhis to flee from India to Pakistan causing a significant decrease in Sindhi language and culture over the geographical territory of India.

The British policy of reserved forests had a significant effect over tribal food and agricultural habits , as they were not allowed to roam freely in forests and practice shifting or jhum cultivation or collect fruits or go for hunt animals, that caused them to leave their habitat and move to other places, loosing their food habits and habitat.

There are numerous factors that may have contributed to the traditional food transition, probably due to change in occupation, for instance, association in the wage economy, a decrease in community food sharing systems, the pollution and increasing contamination by organochlorines and heavy metals, and reduced animal populations or changing migration patterns due to climate change and declining in hunting interest.

What has been done?

Tribal cultures of food and language shows a long history of our civilization and its origins. Promotion and preservation of the tribal culture is the need of the hour so that the ever-growing modernization and globalization doesn't make us forget our origin and identity.