To tell the truth, a man with real ability would not look at such a woman

by zhaoyu 4 months ago in humanity
Report Story

Everyone at the bottom of my heart will have their ideal type, the ideal of the other half, often set a lot of excellent conditions in one. 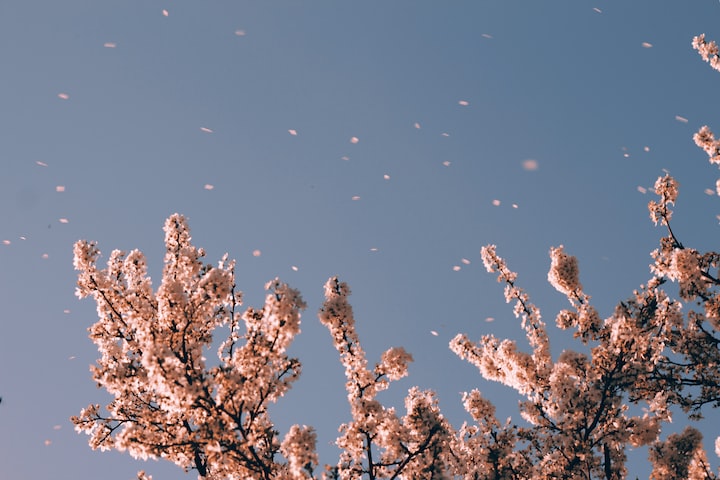 Photo by Carolina on Unsplash

Everyone at the bottom of my heart will have their ideal type, the ideal of the other half, often set a lot of excellent conditions in one.

Especially for girls, who all hope to be able to find a good another half, treat the other half of the requirements must be far higher than their conditions.

A man struggles upwards; water flows downwards. It is human nature for a woman to seek a good match and marry a man with the ability.

However, the so-called "high marriage" and "low marriage" often need to be in the state of the two people's conditions are equal, equal family match in real life is real.

Of course, there is no lack of some people who treat the relationship view as one-sided and will think that men like young beauty, as long as the woman is beautiful, can get men's favor.

Indeed, MOST OF THE MEN ARE MORE "LUSTFUL", THIS is the man's nature, BUT IF simply AND roughly identified as a man will choose because of the woman's external, so you are to underestimate the man.

The more skilled men are, the more critical they are in their choice of mates, and they don't look down on such women at all.

Love to play the pettish sell meng, dressed as a weak and poor woman

Women in a certain nature are to have a natural gender advantage over men, as long as women are good at making use of their vulnerability, and pretending to be weak, then I feel pity for their appearance, and can be treated and cared for by others.

We often persuade women to properly expose this side in love, to learn to act like a spoiled woman, skillfully with a woman's weakness, to promote feelings.

However, this is only applicable to the relationship between two lovers, if a woman is always playing pettish to the opposite sex from time to time, in work or life, often plays weak, and pretends to be poor, then such a woman, is not capable of the eyes of men.

The best way for a woman is never to rely on her appearance, to take advantage of her gender, to use her weakness to get others' sympathy, and to exchange for some convenience.

If it is spoiled everywhere, then this feature will lose its original meaning.

Of course, in private, you can be charming to him, but in business, you also need to be able to walk with the wind. That's the only woman they like.

A woman who only knows to play weak and poor, at best just play, the other side is not likely to care for you, and even the heart will look down on you.

A vain woman with a bad sense of emotion

Love money is everyone's instinct, who are eager to be able to live a better life, eager for riches and honor, will have a higher desire for the material.

There is nothing wrong with being vain, but we all need to understand that "the gentleman loves money and takes it in the right way". What he wants is to buy by himself, which is the soberest appearance of a woman.

A woman should be self-reliant and self-reliant. She should make her ability match her desire and live the life she wants with her skills. She should know the truth that "if you are in full bloom, butterflies will come by themselves" and have the attitude that "you are good and I am not bad" towards love.

If you just want to rely on their beauty to attract high-quality men, want to rely on men to achieve better material conditions, so doomed to be an illusory dream, and finally only an empty.

"30 Just" Wang Manni is a vanity woman, she works in a luxury shop, used by all kinds of rich people, they mistakenly think that they can also be worthy of such a person.

She wants to find a person who can take her to see the world. After meeting Liang Zhengxian, he satisfies her demand for noble life and falls into it alone, thinking that the other party wants to go on with her. He did not know that she was only one of his many female companions, and did not have a sincere interest in her.

A woman to have self-knowledge, do not try to reach their reach things, greedy vanity, finally can only let you fall into the chess of others, what all can not get.

A man with real skills, it is impossible to choose a vain woman, the other side can see your needs at a glance, how can you sincerely treat her?

A woman who enjoys an easy life

Fu said, "Think less about the criteria of choosing a mate and more about what you are."

A person in the establishment of mate standards before, to first weigh their own a few jins a few, do not blindly set up emotional concept, daydreaming.

Everyone hopes to get the love of high-quality men, but high-quality men their achievements are not blown by the wind, even if born wealthy people, their responsibility will be heavier, but also need to continue to move forward, improve their abilities, improve their business level, to make themselves in an invincible position.

If content with the status quo, muddle along, even if it is again a high starting point, and are likely to return to the origin.

The more talented people are, the harder they work, and a person's ability is usually related to the amount of effort they put in.

Such a man, they favor the other half, must be enough self-discipline, self-motivated, two people work hard together, rather than a day only know money, love beauty, content with the status quo, no enterprising woman.

In the First Half of My Life, Luo Zijun is just a woman who is addicted to spending money and only knows how to buy things all the time. He Han despised her from the bottom of his heart. It is not until she becomes truly independent and self-reliant that she becomes a woman who can stand beside him.

A satisfied with the status quo, do not think about the woman, the other half of the choice, also can only be a mediocrity, muddle along, the real ability of the man, fundamentally look down on.

What you want in a partner, you have to let yourself become what kind of person, not just hope that the pie in the sky, riches, and fortune will come to your head.

Women, empty beauty is far from enough, do not think that men are very shallow, they will surrender to the outside of a woman.

Men's love is very realistic, they will play with those beautiful women, but really will choose to marry the door, will only be their own woman.

The above three kinds of women, do not look down on you, hope you give up the idea of relying on men, rely on yourself, become what you want to be, and then get the ideal love.