To Hell with Society, just be your Authentic Self.

by Carol Townend 12 months ago in humanity

In a world where society constantly tries to change you, you have to be tough. 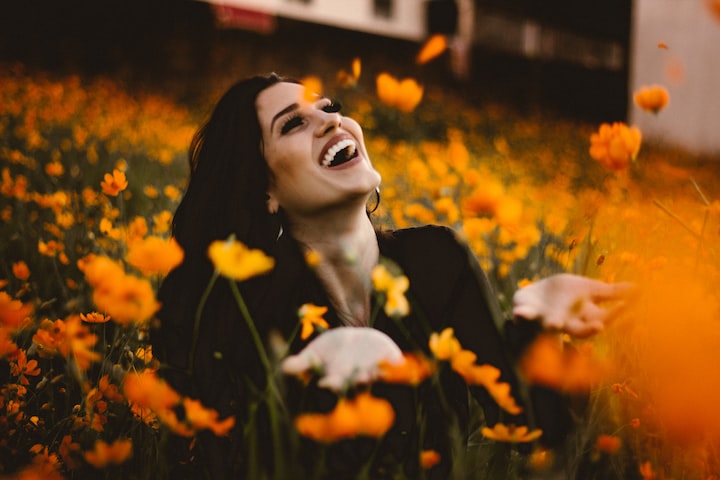 'You're too childish, You need to grow up, You're too soft, You're lazy, Your not clean enough, You're too sensitive.' These are words I have put up with most of my life. It's actually soul-destroying that people in society think that it's okay to change people into something they are not. Trying to keep up with this change during my childhood and early adulthood put me in a state of depression and various other mental health problems. Even when I became a parent, I was picked on for not being spotless or for my behaviour, but nobody considered how other people were behaving towards me. No! They were too focused on my ability to cry or get a little angry and then turning the blame on me for speaking out about the trauma I was going through. They seemed to think that my 'sensitivity and over-friendliness' caused the problem. Well I have something to say to that, being sensitive or over-friendly is NOT an excuse to be abused, nor was this an excuse to assume that I was the problem for speaking out, crying or showing my angry feelings over it. However, me speaking out after so many years of silence should have been a reason to have been 'seen and heard.' I have spent so much time having to overcome the hurt feelings, the pain and get to grips with the losses that was the price I paid for not only going through something that I could have been helped through but having being forced into silence over for many years. Well, that's not me anymore, I still stand by my truth today, because not standing by my truth means lying to myself, and after doing much work on myself I know I and my family are worth more than my abusers.

The above statement might seem an angry one to some. In fact, it is an expression of anger that releases the pain from my past and the losses which included my life as a parent that occured from that trauma. When I have expressed my pain in the past, I have been labelled with mental health diagnosis that were never true (such as EUPD/BPD), but the tears, hurt, pain and anger I were trying to express were natural frustrations from the pain of years of violence and trauma that I had been through, which brings me to the main story of this article.

I used to be the young girl who everyone walked over and destroyed. My life was full of destruction from my teens up to early adulthood, and well into my 30's because I used to 'walk on eggshells,' and stay silent because speaking out always led to me getting the blame for things I didn't cause or even worse, I was deemed as being violent for defending myself against violence, meaning when I spoke out, people didn't help me, they accused me of 'bringing it on myself' or of being too soft. However, when you are in a difficult environment where you are getting hurt and there are children involved, you have to try and protect them, and most of the time I tried to do that, only to find myself in a worse position through ignorance of the people who were supposed to be helping me protect them. It was the same at school, I went through more bullying than I could handle all the way through school, and I took the blame and remained silent because when I spoke out, the teachers wrongly saw me as the bully.

Now, after losing more than my share and going through therapy only to find myself suspended after reporting physical sickness and proving that, I realized that If I wanted true change, I had to get it myself. This took a whole lot of self-help, and awareness training because after having my head filled with lies about myself from other people for many long horrible years and the put-downs regarding who I was, who I wasn't and what I was and was not capable of, it tore away my ability to identify my authentic self. I even started distorting my truth about the person I really was, and I started changing just to please everyone else.

Society has many rules about who people should and shouldn't be, it also has many judgements and misperceptions about people. I soon learned after the trauma, the hard way, that society can be tough to live in, and I realized the best version of me was just that, my authentic, honest, true self. This means just being who I am, as I am, and being content with that regardless of what anybody else thinks. Yes, I was never a spotless parent, but tell me a parent who is? Every parent understands children make a mess, and their homes become messy. Yes, I'm not the world's perfect cook but again neither might be the lady next door. Yes, I cry, get mad, angry, stressed out, but hey! so does a doctor, nurse, social worker, psychiatrist, etc! Surely our happiness isn't based on other people's opinions of us, we all define our own happiness and have our own ways of living. Is it really fair to judge a person based on what you think you know when you don't truly know them? Is it really fair that that person should be forced to live and behave like you when we are all individuals? And, in the case of what I went through, is it really fair to judge a situation on what might be, because you can't see 'behind closed doors?'

Well for me, I have been through enough already. To hell with society, I have found my security, I know exactly what my life was back then and I know what my life is now. Obviously what was going on in my life in the past made me vulnerable and I can't change that, but truth is, those who were supposed to help me also left me vulnerable.

Today I have a full, happy, secure life. I have a writing career, and I have rebuilt my relationship with my husband of who saw through the lies in the end and stood by me despite everyone who tried to destroy that for us. I'm building a career in writing and I have my own future goals, including plans to buy our own home. I'm still not 'spotless,' I never will be, because I have been brought up to believe a home should be 'lived in.' I also have my own sense of style and fashion, which I love because that is part of being who I am. I also know that my now grown-up children who I have always and still love to bits, love me too. My life was made for living, and yours is too, so, 'to hell with society, just be your authentic self.'

Love what you have read? Then please heart, share or you could send a tip, but remember they are optional.

Also please check out my other articles by following this link:

I write about many issues, including mental health. I also write fiction including sexual fiction for the filthy community. I don't believe in sticking to one niche!

More stories from Carol Townend and writers in Humans and other communities.