There's something about sports

by Vasile Stef 5 months ago in humanity
Report Story

You push your body beyond its capabilities to seem tough 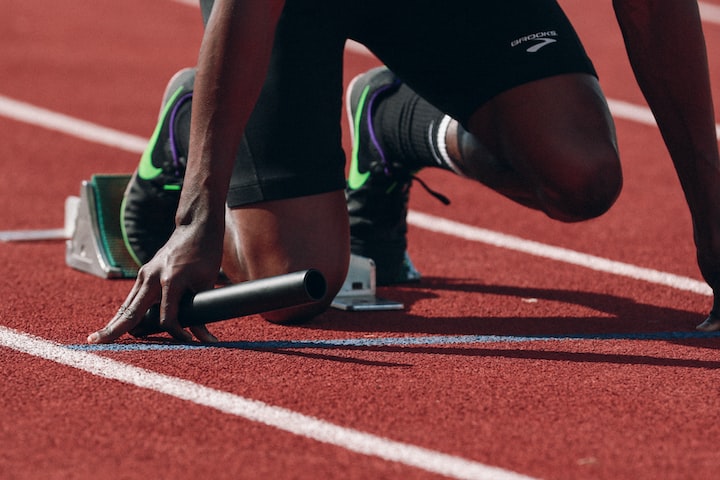 Photo by Braden Collum on Unsplash

There's something about sports that have always tugged at me, drawn me like the stereotypical moth to the flame. Not everyone I knew understood it, but they accepted it as part of me. I was in my sorority house in 2010 when the San Francisco Giants were making a run in the playoffs, aiming for their first World Series appearance since 2003. I had been in middle school in 2003 and I remember my dad letting me stay up late to watch those games. I also remember the defeat. The first game of the 2010 NLCS, the last step before the World Series, fell on my 21st birthday and while all of my friends just wanted to take me out for drinks, I requested that venue have a TV with the game playing. I didn't want to miss a moment. The last game of the NLCS fell on a night we had a very important meeting in our sorority. I had to be clever, and with some understanding from fellow sports-loving sisters, I was allowed to bring my computer to the meeting with the understanding that it would sit, untouched, with the ESPN Game Cast on the screen. When the ninth inning drew near, the Giants leading, I excused myself from the meeting. In an upstairs room, I had the game already playing and I raced up the two flights, afraid to miss a single pitch. I was too excited to sit down and instead stood in the middle of the room, directly in front of the TV and watched. Everyone in the sorority house was in the meeting downstairs and the upper level of the house was silent, except for the sound coming from the TV and my labored breathing. I had a feeling, building deep inside me, and that feeling was positive. With the winning run on first, and Giants closer Brian Wilson and Phillies Ryan Howard battling to a full count, the drama was set.

Baseball is often given a hard time about being a boring sport, but it can build tension like no other sport can. Unlike a close game of basketball or hockey, baseball has lulls which trick your body into relaxing, calming itself down. You have time to breathe, shake out your hands before clenching them again. Unlike football, the battle often comes down to two players, the pitcher, and hitter facing each other, building that drama. When people say that baseball is slow or boring, I think they just don't know what to look for. The strategy changes with each pitch, each shift. Managers are watching the opposing dugout for changes, watching the opposing bullpen for movement. If you start to pay attention, you'll notice.

Sports were birthed by competitive men, improved with knowledge and time, and accelerated by passion. While modern-day sporting events do not seem as deadly and barbaric as past endeavors, the passion and emotion in each precise movement remain as moving. In the sporting world, toxic masculinity still reigns supreme. Women and men are not seen as equal. You push your body beyond its capabilities to seem tough, "locker room talk" can still occur, and only certain things warrant tears. But our humanity is seeping in and spilling over, and those walls that once constrained sports are slowly crumbling. While it used to only be acceptable for men to cry at funerals and when their team won the big game, now societal norms allow people to show more emotion. And with these changes, the passion and thrill of sports we see is increasing.

Sometimes the emotion flows over from an athlete's personal life into their game, like when quarterback Brett Favre played the day after his father passed away. What was already expected to be an emotional game ended up being so much more than that when Favre threw for a total of 399 yards and four touchdowns, leading his team to a decisive 41-7 victory over the Oakland Raiders. Or more recently, San Francisco 49ers wide receiver Marquise Goodwin scored an 83-yard touchdown just hours after he and his wife lost their infant son. These moments are expected to pull at our heart-strings and bring tears to our eyes, but it doesn't make them any less special. They show how one can overcome tragedy to perform at their best.

Other times the emotion is felt by an entire nation, such as during post- 9/11 sporting events. 10 days after the attacks, baseball returned to New York as the Mets hosted the Atlanta Braves. The event was set to honor the victims, with teams donating to the families who had lost loved ones and the players donning FDNY and NYPD hats. But those gestures are often forgotten when compared to Mike Piazza's game-winning home run in the 8th inning. New York had a small, but moving win. In a similar fashion, the nation teared up when a year after New Orleans was devastated by Hurricane Katrina the Saints finally came home to the Superdome. Not only did they come home, but they dominated the game in a blowout victory over the favored Atlanta Falcons.

And perhaps on the biggest stage in sports, we see the highest levels of emotion. The Olympics play host to the best athletes in the world and they carry some of the most emotional backstories. We hear of impoverished kids, pushing past all obstacles to win their countries the gold. We watch as athletes push their bodies beyond the limit, sometimes succeeding and sometimes, failing. Recently, video of the 1992 Olympic 400-meter semi-finals resurfaced, showing sprinter Derek Redmond injuring his Achilles tendon partway through the race. Expecting him to quit, stretchers were hustled toward him, but he waved them off. Instead, he stood up, and half-ran, half-hopped toward the finish line. We see Derek's father, pushing past people to join his son on the track and walk the last 100-meters together in one of the most touching moments in sports history. And growing up as a young girl in mid-nineties my own memories of watching Kerri Strug land her iconic vault are embedded firmly in my mind. These moments build tears and find a way of sinking into our souls.

Those are some of the big moments. The moments you can bring up in a wide circle of friends where most everybody will nod at the mention. They may be able to tell you exactly what bar they were in when they saw Mike Piazza's home run or who they were with while watching Kerri Strug being carried onto the podium by her coach. But other moments are equally emotional for sports fans and players. If I hear the opening chords of "Lights" by Journey on a warm summer evening I am transported to the bleachers at AT&T Park, swaying and singing along with my best friend as the voices filling the stadium bring goosebumps to my arms. I can remember a football game my senior year of high school, where we were leading significantly going into the last minutes of the fourth quarter. I watched as the coach explained to the second string the importance of sportsmanship and then as the undersized running back had the opportunity to score his first touchdown of the season, I watched as he instead took a knee at the one-yard line on fourth down. Sometimes the little things can touch you just as much as the big things.

I've spent years trying to describe my emotional attachment to the games. I've tried to explain why my heart races when the game is tied and there are only seconds left on the clock. I've tried to explain why I feel empty after my team loses. But after all these years (and all of the paragraphs above), I'm still struggling to explain it. People talk about the passion of the players. The hard work they've put in for years to get to this point. They talk about how sports brings us together, uniting us. They point out how the regularity of the game can calm us when our own lives are in chaos. They say that enjoying something as simple, and essentially meaningless in the grand scheme, can give us a break from our own personal strife. But I think it's something more than that. I think sports has a little bit of magic in all the drama that makes us believe anything is possible.

So what happened all those years ago, after I excused myself to watch the last three outs of the NLDS? Wilson stood his ground, executing his pitch, and struck out Howard swinging. I jumped up and down, crying and laughing at the same time. I watched as Giants catcher Buster Posey scooped Wilson up in a bear hug (a move that would later be known as a Buster Hug). The players came together in an unruly and joyous heap on the mound. And then, I gathered myself and headed back downstairs.