There is no remedy for love but to love more.

And here's why I'm all for it 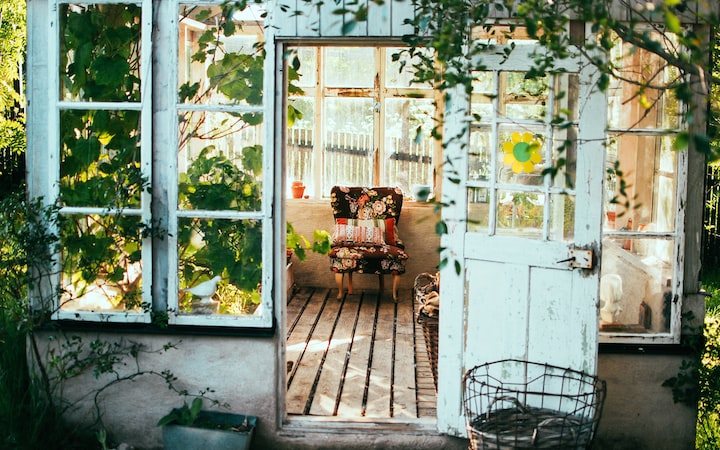 Photo by Arno Smit on Unsplash

Being a traveller and a lover, sometimes my life has felt like a string of endless goodbyes.

I was meeting friends and leaving them, making a home in a place and then packing my bags again. Not to mention the dogs!

I might get annoyed talking to my mom every day on the phone, but I have the family dog's hair in a little bottle and I look at them when I am sad.

Relationships have come and gone, adapting to the different levels of my self-awareness and thus varying from extremely destructive to powerfully healing. And then I had yet to love myself enough to welcome a stable partner in my life (hello anxious attachment that so quickly leads me to codependency) - so they left too. Or I left. In any case, those were more goodbyes.

I remember having sex with a Korean boy the first time I went to England. How I had never considered being attracted to an Asian man because there weren't any in my small town in Tuscany. And how I looked for his presence voraciously, easily skipping school and dancing in the heavy rain on the way to his apartment. I remember that it all looked so new, his manners, that place, being drunk on someone that I could miraculously communicate with just because we both happened to study English at the same time.

I remember lying in bed naked, after, listening to the storm outside that almost hid the water from the sink where he was washing, and marvelling at the pure mystery of that moment.

And then I had to leave after a night spent walking around the little seaside town. We both cried. And those tears were the christening of a lifetime of coming and going. Not settling unless it's really worth it. Not overstaying my welcome (although god knows I often tried).

That is a core memory for me because I realized, though not quite in these terms, that life would invite me to situations that would require me to be ready. To be open. Not in a fight-or-flight type of way, more in a "put your phone down and take it all in" manner.

Back then I hadn't even begun to approach the long healing that was ahead, I barely knew the extent of the trauma that I carried from childhood and I surely didn't know what to do with it. But I knew that I wanted this life. All of it.

I knew I wanted to bite it, roar to it and with it, roll and purr and take deep breaths of all the worlds that make themselves available to me - sometimes in the form of human beings.

This life does leave me helplessly scratched and torn sometimes. It's inevitable.

More often, it leaves me stretched a bit thin.

The ego gets tired faster, see...it wants certainty. It is likely to accept compromises.

But certainty is created, not obtained - and compromises tend to go too far and into self-abandonment. I have an obligation to the future version of me, lying ancient in her bed waiting to die.

I want her to feel like she's lived a wonderful life, and left the world better than she found it. That she loved more, bigger than the fear and false promises of everything that wasn't her Soul.

It is not the critic who counts; not the man who points out how the strong man stumbles, or where the doer of deeds could have done them better. The credit belongs to the man who is actually in the arena, whose face is marred by dust and sweat and blood; who strives valiantly; who errs, who comes short again and again, because there is no effort without error and shortcoming; but who does actually strive to do the deeds; who knows great enthusiasms, the great devotions; who spends himself in a worthy cause; who at the best knows, in the end, the triumph of high achievement, and who at the worst, if he fails, at least fails while daring greatly, so that his place shall never be with those cold and timid souls who neither know victory nor defeat."

* The quote in the title is by Henry David Thoreau