The Weight of an Organ

by Jeffrey 2 months ago in humanity
Report Story

the mythos of a cardiac muscle 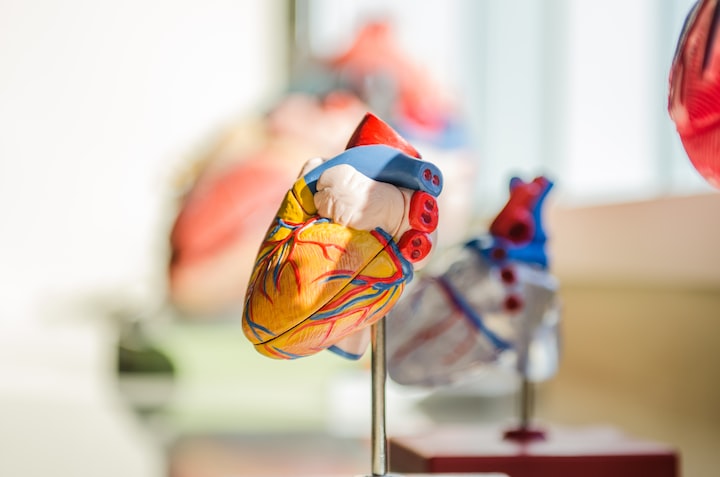 Photo by jesse orrico on Unsplash

This is where I will lose some of you, and understandably so, as it is a hot button issue affecting so many, but my goal here is to only remain surface level. I am trying to do you a favor and lose you in the beginning, so I won’t waste any of your time. I will say that I am not here to convince, persuade, or change any of your minds; I believe that only comes with doing one’s own research and detaching emotions from the subject at hand. OK, here goes nothing. Without getting into the nitty gritty of abortion rights and the recent overturning of Roe vs. Wade, I find it interesting that pro-life advocates often point to the heart as the flame, which they feel represents the sign of life that they are trying to protect from getting extinguished.

I acknowledge the sentiment we feel about this organ is deeply rooted in humanity. Plenty of authors have written about this subject already, and the symbolism is as modern as it is ancient. From the iconic tourist I heart NY t-shirt to the ancient Greeks; for example, who associated the heart with love in their poetry. From Aristotle to the poet Sappho, who said:

"Love shook my heart, like the wind on the mountain, troubling the oak-trees."

Our affection for this organ is not a matter of this author’s opinion but rather of fact. I have no intention of turning this food for thought into a dissertation, but feel free to do your own research and you will find plenty of examples of how humanity has romanticized the heart throughout history.

The heart, however, is an organ like any other; yet our culture has attached its own mythos to it. We have associated it with love to make it the anatomical organ it has become today. Why is it that we don’t point to the development of the lungs as the symbol of life being conceptualized? Is the organ that we use to breathe oxygen not equally important? And for that matter, when is life conceptualized for coral, starfish, and jellyfish who don’t have the luxury of possessing this legendary organ?

The brain at least gives us conscience and self-awareness. There should not be much debate that this has been the ultimate reason for our success as a species. However, somehow the line in the sand that represents life for some starts with another organ because of its mythos but not because it serves the function of pumping our blood. And permit me to be contrarian for a moment: jellyfish do not have brains, but instead have nerves at the base of their tentacles that detect temperature and salinity. Is a jellyfish considered a living creature?

You have my sincere apologies if you feel misled thus far that this small, insignificant article did not remain neutral enough for you or coincide with your own set of beliefs. I urge you to abandon ship now as this author's opinion has started to leak into the hull of the ship within the last two paragraphs. And forgive me for bringing up the jellyfish, as this issue is a "no-brainer" for me.

WARNING: ***Do not continue unless you are wearing your affirmation bias lifejacket**

Am I wrong to think people are trying to rationalize a position based on something other than reason? As far as I can tell, this is not a biblical issue, but rather a push of far-right modern dogma. I mean, realistically in the law, body autonomy should supersede the right to life. If we are being tortured, do we not have the right to act accordingly if a kidnapper is taking away our autonomy? How is it that we got to a point where a collection of cells that eventually form one organ in a womb became so important that they were allowed to override a woman’s autonomy?

I am not a doctor. I am not a scientist. I am not a woman who has to deal with being told what to do with her own body. This is such a sensitive subject for so many, and my liver and lungs go out to all those whom this affects.

(Thank you fellow vocal contributor Blake Capps who willingly engaged in this discussion with me so I could continue to challenge my own set of beliefs.)

then bulbs fade to black.

Please enjoy my page. Any and all, subscribers, pledges and comments are welcome.

More stories from Jeffrey and writers in Humans and other communities.