by Isabel Valencia Zuñiga 2 months ago in humanity

a bit sad for now 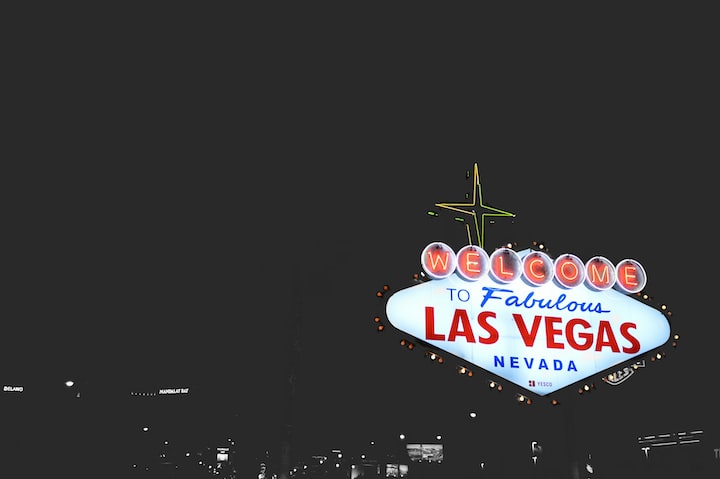 Photo by James Walsh on Unsplash

Whatever it is that we think about our life is completely false. Whatever plans we make, whatever future scenarios we fantasize, it makes no difference. Defeated. We feel defeated by our own home.

The world is a scary place, that's what adults say to kids all the time. Kids, eager to grow up and experience freedom, listen to grown-ups talk about how cruel the world is and how unfair and disorganized and how the cards are simply stacked against us.

Gambling is so expensive that the poor suffer from it at an inhumane level. While the powerful, rich, wealthy, educated, poise classes gamble the law and gamble the truth and gamble authority, the rest of the players are left striped from any sort of wealth, power, education, poise, hope.

Yes, the cards are stacked against us. The cards don't even belong to us. The cards are an illusion of power, a fluorescent light of hope. The cards represent the broken system, a system constructed by the privileged class, the educated class. The same people who have known how to read for generations, the class that struggled to keep a socialite status, suffered from allergies and focused on gaining more, and more, and more than the previous bloodline. The purpose of honoring the family name.

On the other side of the card wall, you can find the others. The others who came from who knows where, belong to who knows who, and have been trying to keep up on this race, a race that wasn't designed for them. The others who have only known how to read for a few score. The others who belong to generations that fought out of hunger, who suffered from starvation, who brawled to be considered part of the population. The others who focused on earning recognition, focused on earning the right to belong somewhere after generations of bouncing from one ownership to the next. Generations of lost bloodlines, so undermined that no record exists of their origin. A life purpose of owning any sort of respected name.

This type of social structure may sound like it's from the 1920s, or the 1800s, or the 1950s...? When did it start? When did it end? wrong questions. The reality is that inequality is the backbone of any powerful colony. Yes, colony. Yes, The United Stated. We often forget that the USA was just as much colonized as latin countries, as African countries. Yet, the USA stands tall with old money powers such as Japan, Germany, France, England, Russia, etc.

The USA managed to rise to power because the colonial people never took over, on the contrary the USA annihilated almost all inhabitants, the few left were enslaved, so the revolution was europeans fighting europeans. Money fighting money. The habitants were not free to call themselves Americans until years later when a white man stood up for them and freed them from slavery, turning these slaves from property to people.

The difference between most colonial countries and the USA is the divide between the rich and the poor. Because the USA was built by white men who could use the free labour work from slaves, they became the majority of the population, making the middle class the leading class. After the civil war, the poor population consisted of previous slaves, and new immigrants. While the middle class consisted of European immigrants who came to the new world with some money, or valuable education or social status. The rich, were the rich who came from Europe. Any new money millionaires came from the middle class.

That's the structure of the "free country", free from oppression, free from monarchies, yet enslaved by racism. Sure, not all white people are racists, and sure most white people now fight for equality. However, the people at the top, the people who run the capitalist world, they have the say on how things will be done. There is no arguing that money is power, knowledge is power. When you're rich you can just hire intelligent people who will benefit from the income in exchange of their knowledge. That is how the world works.

Gambling. The American Revolution was a gamble. And today we continue to watch the cards get stacked higher and higher where only pent house owners can look over. The rest of us are cleaning and polishing the cards, others are cleaning and polishing the penthouse, others are questioning why there is such a high stack of cards and why we can't play, too. Oh but you can play! Any American has the right to give it a shot, of course. That's the American Dream.

It's a gamble. We are either in or we are out. We either loose or we gain. We ca sacrifice our savings and give it a shot, or watch the wealthy sacrifice their allowance and gain a private jet. Yeah, we play too. But, as most casinos will tell you, the house always wins.

It's not enough to get a seat at the table, if you're not part of the gambling committee then why even bother.

So unfair, so victimized, it's sick. It's sickening to pretend like we are equals when we have never been able to consider that freedom. It's sick to feel like a victim when you live in the leading country of the world. It makes me sick to complain about ANYTHING, when the game is open for anyone. It makes me sick to see us suffer for a made up hope, a false reality that we all have the same opportunities as the next.

Why are we still pretending like we have ay control at all?

What now? More violence? More reasons for then to fear us, and treat us like savages? More hatred towards one another? More screaming, and fighting and crying? We already did that. Americans already did that, since the beginning of America THIS has been the problem, the chaos, the injustice, the dream.

"...a dream that one day this nation will rise up and live out the true meaning of its creed: "We hold these truths to be self-evident, that all men are created equal." MLK.

What is we practice what we preach?

It's not enough. It has never been enough. Why do we still think that we have any say at all? This isn't our game, it never was. We are the game, we are the ponds, the expendables, the frontline no one cares about. The worriers who selflessly fight for our own nationality, protect our king because we are proud. Because our good o'le Uncle Sam told us, reminded us that WE are the great nation.

It is a sad time to read Martin Luther King Jr's speech. It is sad to remember the cruelty done to the citizens of this great nation. It is sad to see that time has had no effect, no progress, no end to cruelty, to white privilege, European strength.

As most of American history, it is a sad time. A time sit and wait for another golden age, and enjoy those few moments before the next great depression.

It's a sad time. We need to cool off, calm down, stop burning buildings, stop acting like the criminals they see us as. It's time to show the elitists that we are just as educated, just as powerful and just as willing to fight for OUR freedom.

We need a revolution.