by Ali Hall 2 months ago in celebrities
Report Story

Is anyone else a Meghan? 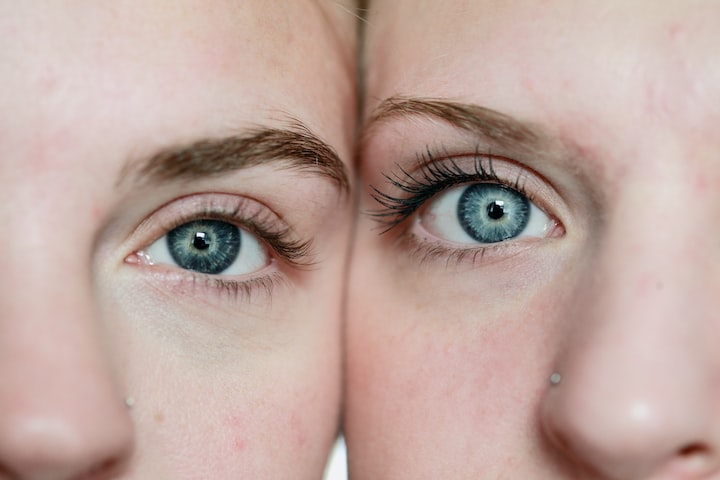 Photo by Alexander Grey on Unsplash

Our obsession with dichotomies is both dangerous and confusing! My inner child weeps for Meghan Markle.

The tabloid newspapers have encouraged a feeding frenzy on Meghan. An ugly concoction of jealousy, racism, and snobbery with a sprinkle of false patriotism has prompted maligned stories to circulate over the years.

This vitriol has hacked open a chasm between two victims.

The beauty of one does not negate the beauty of another. But our society likes to pit people against each other. We build drama and incite hate.

Apparently, it has to be one or the other.

A sizeable chunk of the British public has weaved malicious energy with envious undercurrents through their rhetoric of Meghan.

I’m not fussed about celebrities or royals and don’t read gossip magazines. Yet, whenever I see some low-life journalist take a pop at Meghan, I feel impacted. It causes an inner disturbance in my usual equilibrium.

Clickbait headings are part of life; we can not evade them. I choose to pass them by. But I somehow feel connected with Meghan’s plight. Demeanative headlines about Meghan seem personal.

The realization of my discomfort left me stunned.

These are also the heartaches of my inner child. The stagnated emotions from my early years are still playing out today.

Here’s a clear example; you may not be surprised to learn they are both from the Daily Mail!

1“Not long to go! Pregnant Kate tenderly cradles her baby bump while wrapping up her royal duties ahead of maternity leave — and William confirms she’s due any minute now.”

2“Why can’t Meghan Markle keep her hands off her bump? Experts tackle the question that has got the nation talking: Is it pride, vanity, acting — or a new age bonding technique?”

Kate is our damsel, our Disney heroine. Meghan is our wicked witch, our villain.

The media tried to create a world of perpetual thunderstorms for Meghan while rolling out blue skies and sunshine for Kate.

But it isn't only tabloid vultures who salivate at the carnage and dine out on Meghan’s misery. People who consider themselves “upstanding” members of society use Meghan as a scapegoat for their own internal bile of anger and frustration. They vomit their confirmation bias views to all who will listen. Believe me, I’ve heard it.

Immeasurable and unnecessary cruelty! Where is the love?

The most recent vilification is the obsession of Meghan and Harry holding hands during our late Queen’s funeral procession. Meghan was tarnished with being “attention seeking.” While all other couples who held hands were intentionally overlooked.

If Kate and William had held hands, the same media would raise Kate up as a supportive, loving, and compassionate wife.

A few days later, when images of the funeral service circulated, a frozen moment in time shows Harry and Meghan not holding hands. The hyenas who initially criticized the hand holding now regroup and pile on the lack of hand holding!

I know this feeling. No matter what you do, you can’t do anything right. Life can seem confusing and impossible when you are a Meghan.

I have previously pulled back the curtain a little of my past experiences of growing up with parental favoritism. I’m still trying to make sense of a confusing and muddled era.

“Everything I do is wrong

No word to me is good

I just wish he’d treat me

The way a father should!”

“… favored children are often robbed of some of the most substantial relationships in life — their siblings.”

And that is precisely it. His actions created a chasm between us! In fact, she does not have a relationship with any of our siblings!

I don’t blame her for her past bullying and callous behavior. I now recognize she is as much a victim as I am.

She was served entitlement for lunch and immunity from his wrath for dinner. Yes, she soaked it all up. She manipulated him and others to maintain her position, then turned on me with cruel taunts and silent smug expressions.

I recall feeling unnerved at her ability to switch from alluring to menacing as soon as backs were turned.

“People marvel at her beauty

And despair at my misfortune.

They absorb her effortless charm

They’re taken in by her harmony

And leave my chords unnoticed.

They would rather smell a rose

Than a plain old daffodil

Can they not see the thorns

Not so long ago, I was in his company. Despite the close-to-estrangement state of the relationship between my twin and me, he decided to thrust the phone to me. Overlooking the elephant in the room and doing his cringeworthy best to “play happy families.”

The phone was on loudspeaker. For ten minutes, I ran the gauntlet. I did my best to avoid any land mines. I carried the conversation along while tip-toeing cautiously on eggshells. She was hostile and aggressive. She slurred her swear words and made several failed attempts at goading me into reacting to some of her absurd comments.

The whole conversation was a farce and surreal. When finally free from the imposed situation, I turned to him and said, “She’s been drinking.” He jumped to her defenses. Nothing else was said.

I later found out he had informed another family member that I was “horrific” on the phone with her. He didn’t have the guts to discuss this with me; instead, he slimed his way to someone else to try and secure an ally and undermine me.

Rage and incredulity filled my veins. Despite the circumstances, I was proud of how calm and reserved I managed to be during that phone call. Believe me, I have replayed the lunacy of that conversation repeatedly in my head. I would have the same conversation over again. I would choose the same words and tone a second and third time. I conducted myself with grace and dignity.

He listened to that conversation and thinks I was the one who was “horrific”!

When you are a Meghan, you will never win.

No matter the situation. They will always find a way to turn you into the villain.

The only workable solution is to escape.

For my own well-being, I have minimal contact with them both. And as for Meghan, she did the only thing she could do to ensure her sanity and survival; she relented and allowed herself to be hounded out of the U.K.

Every so often, one of them rears their head, and I feel the familiar sense of disturbance, as the scars from old traumas resurface.

You can try and run from your past, but you will never outrun your shadow. Believe me; I’m an ultra runner!

Thank you for reading. This story was originally published on Medium.

More stories from Ali Hall and writers in Humans and other communities.