by Paul Combs about a year ago in literature
Report Story 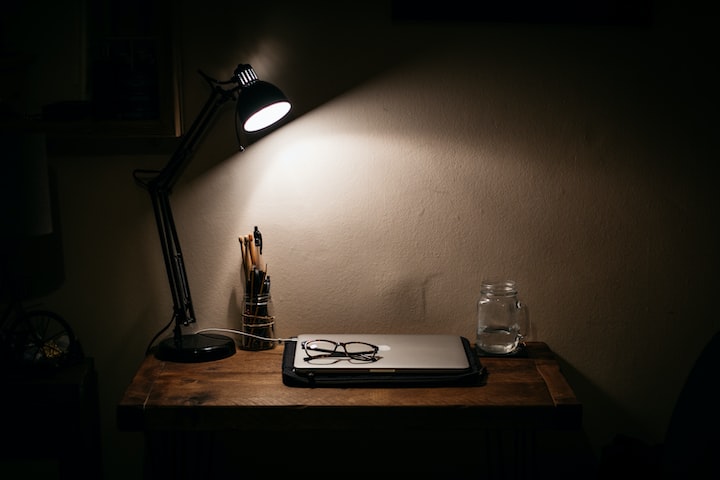 Photo by Beth Jnr on Unsplash

I had not seen Jennifer all day, which was a relief. Lately she had been showing up in the most unexpected places — the grocery store, the gym, the ESL class I taught on Wednesday nights — and at the most inopportune times. The end of our relationship had gone quite badly, especially after she learned about Heather.

In an effort to move on with things I had removed nearly every trace of her from my place: every sketch, every note, every word. In essence she existed now only in my memory. But she would not go quietly.

I entered the empty apartment and flipped on the living room light. I knew immediately that she was there; worse still, so was Heather. This had zero chance of ending well.

Staring at the two of them (I didn’t even bother asking how they got in), I marveled at how totally different they were. Jenny was dignified, almost regal in her bearing. She was tall and reserved and beautiful. On this last point perhaps they were not so different. Heather was 15 years younger, with spiked raven hair, multiple piercings and even more tattoos. Yet this enhanced, rather than diminished, the beauty of her alabaster skin and green eyes. Looking at them side-by-side though, I knew I had made the right choice.

Jennifer sat rod-straight on a kitchen chair while Heather lounged in my recliner. She seemed completely unperturbed by Jennifer’s presence, fully comfortable in her new role.

“I cannot believe you actually think you can get rid of me so easily,” Jennifer spat at me without so much as a greeting first. “And for her?”

She motioned toward Heather and rolled her eyes. Heather simply shrugged and studied the black polish on her nails as if it were some sort of archaeological find.

“I think dark purple would look better,” she said, placing the fingers of her left hand against her black Rage Against the Machine T-shirt for comparison.

Jennifer gave me a look that fell somewhere between imploring and disgust. Then she attempted to cry, but it was so out of character for her that she gave up after a few minutes. Her glare returned.

“She is such a one-layer onion,” Jennifer continued. “She will bore you to death. She’ll bore everyone to death.” Heather sat up at this; Jennifer had finally gotten her attention.

“Boring?” she repeated. “One-layer onion? I am so much more interesting than you could ever be, ice queen. Especially in bed, I imagine.”

“They say practice makes perfect,” Jennifer snarled. “I would think doing the drummers from every punk band in the state counts as practice.”

“So clever,” Heather replied, remaining alarmingly calm. “With wit like that it’s hard to believe you think that books only come in the CliffsNotes version.”

“Like reading all those books has made you so very classy,” Jennifer retorted. “I suppose you have to do something during the hours you spend in the tattoo artist’s chair.”

I hated it when they fought like this, because I hated taking sides. They should never have been in the same room together anyway. Surely there was a way to correct this, some way to settle it once and for all. What had I missed?

“At least I have a real job,” Heather taunted as the fight escalated. “Not some scam charity where all you do is beg people for money for obscure causes no one understands.”

“Right,” Jennifer replied sarcastically. “Like putting books on shelves is so challenging.”

This went on for a while, as if I wasn’t even in the room. Then I had an idea: there was once last place that Jennifer had a foothold. Maybe getting rid of that…

I walked over to my desk and switched on my laptop. I pulled up the Word file that I had been working on but was only halfway through. I clicked Edit, then Replace, then typed “Jennifer” in the Find What field and “Heather” in the Replace With field. Then I clicked Replace All.

Jennifer made a sound like the wind had been knocked out of her, and she slipped off the chair to her knees. Heather’s eyes went wide.

“What are you doing?” Jennifer managed to ask between shallow breaths.

Once again I clicked Edit, then Replace, and this time typed “Jenny” in the Find What field and “Heather” in the Replace With field once again. Before I clicked Replace All I hesitated and looked over at Jennifer. Our eyes met and she smiled sadly at me, then nodded. I clicked the button, and she vanished.

“Wow,” Heather said in a hoarse whisper. “That was intense.”

She stood up, blew me a kiss, and was gone, but gone in a far different way. I looked around the now-empty apartment and suddenly felt very alone.

Two months later, just after midnight on a Thursday, my phone rang. I glanced at the Caller ID before answering: it was my editor. I pushed the button and put the phone to my ear.

“You’re up late, Daniel,” I said instead of hello. “Problem with the manuscript?”

“And it can’t wait until morning?” I asked, covering my head with my pillow.

“No,” he replied. “It most certainly cannot wait until morning. I have been an editor for 20 years and nothing like this has ever happened to me.”

“That sounds a little melodramatic,” I said. He ignored the interruption.

“You said you made all the character changes,” he said, his voice becoming accusatory.

“I did not,” I protested, but if this were true we wouldn’t be talking about it right now.

“Yeah, you did. It was easy to overlook I guess.” His voice had softened. “It was the only time in the whole book you called her ‘Jen.’ I almost missed it myself.”

“What did you do?” I was on my feet now, pacing the room.

“I’m an editor,” he said with a hint of bitterness. “What the hell do you think I did? I corrected it.”

“And there was a blood-curdling scream the likes of which I have never heard before and hope to God I never hear again. And it was not just in my head. Tell me how that is possible.”

Actually it was in his head, but this was not the time to try to explain.

“You’re part of the process too,” I said, giving the best answer I could think of. “You create and destroy, just like me.”

Daniel was silent for a long time, but I knew he was still on the line; I could hear him breathing, the breaths becoming more steady and regular now.

I hung up and walked out to my desk; the laptop was still glowing, the power-saving feature having failed a few weeks ago. I pulled up the copy of the draft I had e-mailed Daniel. If he had found her in his copy, then she was also still in mine. I clicked Find and typed in “Jen.”

There it was. One entry, buried — poor choice of words — on page 297. I moved my cursor to the last letter of her name and started to hit the backspace key. Then I stopped.

Reading over the page it wasn’t a surprise I had missed her abbreviated name. It had somehow made its way into the end of a rather lengthy, probably too lengthy, description of an evening street scene in downtown Fort Worth. She was the only character on the half page of text.

I reached over and turned on the printer, then printed that single page. Then I deleted not only her name, but the entire page from the electronic version. I stared at her name on the bright white sheet for a long time, then folded the page in half and placed it inside my copy of “The Great Gatsby.” At least she would be in good company.

More stories from Paul Combs and writers in Humans and other communities.