The Power of Beliefs

by Mack Mays 5 months ago in advice
Report Story 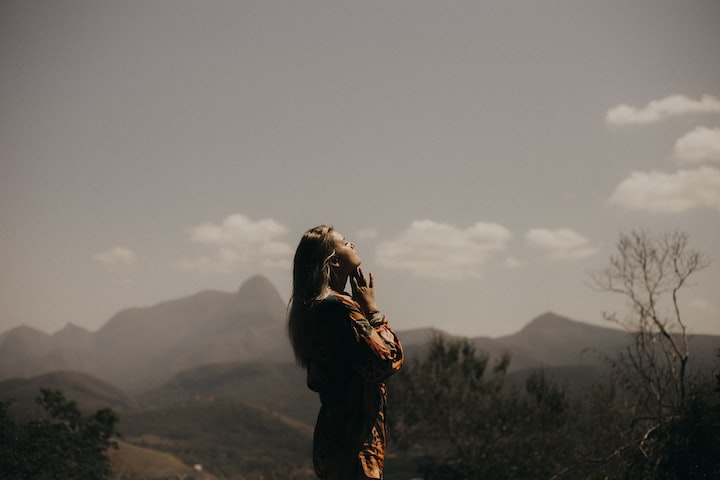 Beliefs are statements made by our minds to give meaning and significance to everything around us, including ourselves.

Beliefs are statements made by our minds to give meaning and significance to everything around us, including ourselves. Beliefs put into practice through cognitive processes, such as cognitive dissonance and selective perception, shape our perspective on the "truth" about the world.

Belief: "People are dangerous, and they will hurt me."

Selective perception: you will likely meet many friendly people; however, you will not realize this because you are convinced that people are dangerous. As soon as a confrontation arises or someone does something wrong (in your opinion), then you will say, "I knew it."

Cognitive dissonance: in the example above, it is not even known whether or not a person is hazardous - or presents his perspective on life and wants to impose his interest and act in the same style as yours.

In general, people very seldom purposely hurt others, and therefore they are seldom really dangerous. Then are all people dangerous? But suppose you have experienced childhood or later experiences that have led you to believe that you need to protect yourself because otherwise, you may be hurt.

In that case, this belief is always confirmed and reconfirmed in your life until you become aware of your belief.

Depending on the number and the quality of the beliefs, we can arrive at very different perceptions about the same situation. Strong positive beliefs can have positive and negative consequences for the person in question.

Believing that "all people are good" can help you build relationships easily. Still, at the same time, it can put you in a vulnerable position because you are no longer able to read the subtle signs of possible danger - belief works as a barrier.

Because our minds are built to confirm the information we already hold (beliefs), and our conscious part receives only a small fraction of the information around us, beliefs strongly influence our perception of reality. According to these things, our reality is unconsciously transformed and reinterpreted.

That's why, for example, you can see how in the same situation some people are happy with their performance, while others think it was just a coincidence, or they were lucky.

In other situations, we are the ones who unconsciously influence the environment around us. If, for example, we expect bad behavior from others, as in the belief that "people will hurt me," then unconsciously from the beginning, we also present a hostile attitude (negative anticipation).

On the other hand, if we have this belief and people have treated us well in a certain situation, we tend to consider the event an exception.

Good beliefs help us choose from more alternatives, while less good beliefs limit us and reduce the number of possible choices. That is why the term "limiting beliefs" is so often used.

Many of the beliefs we hold are practical and useful, possibly even most. But limiting beliefs are what limit our options and development.

Let's take the example of the subject of money:

• To have a lot of money, you have to be dishonest

The above examples significantly reduce the choice. Remember, when we have a belief, it is reality. Nothing else is possible. If you think that to have a lot of money, you have to be dishonest.

Either you avoid taking risks and exploring the possibilities to increase a source of income, or the same conviction pushes you to look only for less honest ways to make money because you're convinced that's the way it should be.

The usefulness of beliefs is closely related to context. The belief that "money spoils your character," for example, may be very convenient for you if you don't have money and keep you safe from the belief that "people with money are dishonest."

And so, with two convictions of this type, you keep yourself in the situation of not having money because you do not want to be dishonest, nor to spoil your character, and at the same time to confirm your convictions. Of course, you do all this unconsciously.

Only when you fully understand how your beliefs influence your quality of life, your feelings, and your well-being do you realize that it is worth the effort to begin to identify them and slowly, slowly eliminate them or transform their condition.

We say some beliefs out loud every day, but others are hidden in the background, and we are barely aware of them, and not at all. But even the hidden ones are expressed nonverbally or through indirect statements.

In the example above with the two beliefs about money, probably the person, although consciously wanting to do better financially, finds unconscious ways to sabotage and thus confirm his unidentified beliefs.

If he becomes aware of how he behaves with money, or in situations where the opportunity arises to have more money, he will begin to realize its beliefs. This is just a way of following a hidden belief.

It is a matter of attention and exercise to identify the beliefs that limit you. A good indicator is the lived inner state: a belief that limits us is generally associated with discomfort, anxiety, and/or fear.

More stories from Mack Mays and writers in Humans and other communities.