The Loneliness of Our Society

by Annie Kapur 11 days ago in humanity 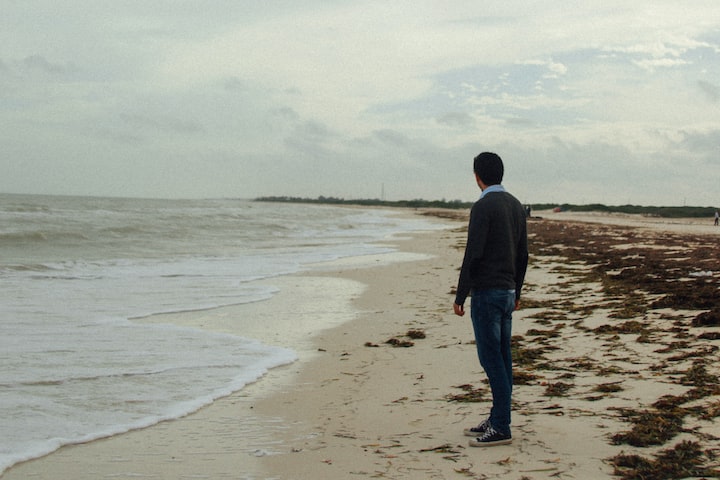 Loneliness is when a person feels depressed, down and almost chronically stressed out of the situation of having no friends - whether that be in a close social group or a greater one. You may remember that I wrote an article that was about the difference between being alone and being lonely. I myself am alone, but I am not lonely. The fact is, there are some people who enjoy having other people close to them and then, even if they had a lot of people around them in their physical area, they can still feel lonely even though they are not alone in the literal sense. What I am going to investigate is the statistics of loneliness and the 'why' surrounding the assumed increase of loneliness. I want to get to the root of what is actually the main problem which causes people such as the 'incel' groups to exist as they are a simply products of the environment, the products of the social situations they had probably previously been in and some sort of social traumas they may have suffered.

During the COVID-19 pandemic, it is obvious that loneliness went up massively and since the end of 2020, the statistics have been released. They state the following:

The reasons seem to be as follows:

In surveys done on loneliness, what did these people actually say?

Who are in these groups? Who are these people?

These people are normally, but not always:

Most obviously, a lot of these comments are made because of the COVID-19 pandemic moving us further away from each other. But let us now have a look at the statistics for loneliness in 2017, again applicable to the UK:

So, what is the most common profile of this reported loneliness?

Yes, these are reported unto a survey, but it is very well known that men often do not report their loneliness or when asked are more likely to lie or at least cover up the truth about how they are actually feeling.

According to studies on loneliness in 2019, the uncomfortable truth seems to be that at least one in five men are feeling lonely and/or isolated due to their following situations (one or more) that may be applicable:

The next thing I want to discuss is incels and how this all leads to this strange phenomenon of a group that are growing on the internet, more specifically social media

So, what is an incel?

I recently learned what an incel was and was interested in looking at the way in which they operate and the internet's reaction to them. Let's take a look at the dictionary definition of an incel:

a member of an online community of young men who consider themselves unable to attract women sexually, typically associated with views that are hostile towards women and men who are sexually active.

Incels are therefore a product of the various things that lead to male loneliness and isolation but in an extreme form at which they have been somewhat radicalised by this group idea that the internet media have faced them with. This idea is based mostly in toxic masculinity which suggests that not having certain traits makes you less of a 'man'. These include:

This leads to feelings of anger towards the group which has been seen as not only putting these in place, but also upholding these viewpoints by being more sexually attracted to the men who uphold these traits themselves: women.

Within the controlled setting of the internet and the 'chatrooms' in which these take place, sexually active women are actively insulted, ridiculed and dehumanised for being attracted to these men who are referred to only as 'chads'.

How do people react towards incels?

Well, let us take a look at the common traits of an incel in terms of physicality, mentality and lifestyle:

In appearance, incels are commonly...

In mentality, incels are commonly...

In lifestyle, incels are commonly...

So, how do the general public and media react to incels existing?

Here are statements made from the general media:

So what does this tell us?

Men are more likely to commit to thoughts and actions of ending their own life so make sure, that whatever situation you are in even if it is considered to be 'happy' - always ask you brother, male friend, husband, boyfriend etc. and see if they are actually feeling alright. Commit to stating to them, if they are not feeling alright, that psychological help should not be stigmatised as bad in their mind and it makes them no less of themselves for getting help to improve their own state of wellbeing.

**I am personally agoraphobic and quite badly, it is debilitating. Incels normally do not leave their house due to the fact that there is no requirement to since their lives are mostly online. Agoraphobia does not mean you do not leave the house, it means that you mentally have to prepare yourself for doing so - I take medication for this. I have published many articles on dealing with agoraphobia if you have it - if you think you have it then check them out