The Importance of Taking Taking the Fall

by Taryn Thomas 2 years ago in humanity
Report Story

Admitting to your actions when your wrong. What it is, the importance of it, what it looks like, and my conclusion. 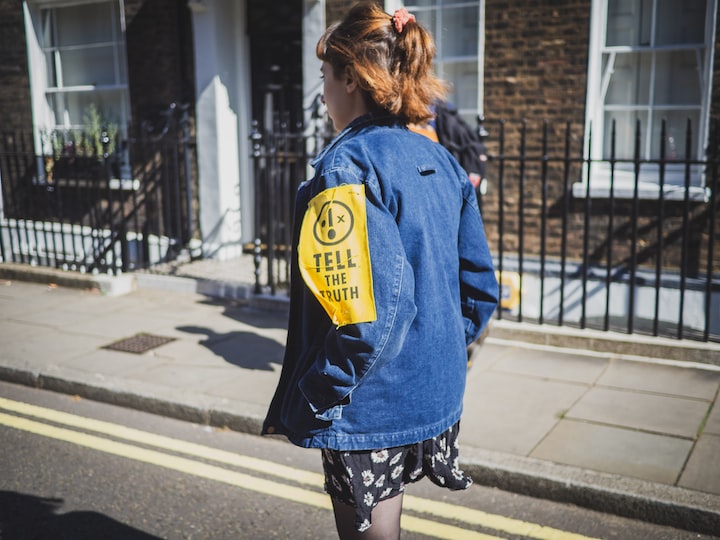 Photo by Gabriel McCallin on Unsplash

We are all human beings and that means that we will all make mistakes at some point in our existence on this planet. No one is out there living a life where they always do the right thing. It’s just unheard of in this day and age.

Sometimes we do things that even we ourselves can’t really explain why we did it. Sadly sometimes the things that we do hurt other people. I’d like to think when and if we hurt another human it is not done intentionally, or knowing it’s going to hurt anyone for that matter. Then again there are those few that continuously do things that they knew hurt someone in the past.

Most of us don’t want to be called out for our bad behaviors, but guess what? We deserve it! If we did wrong we totally deserve to be called out and accept responsibility for our actions. Especially when we’ve done something wrong, and continue to do the same thing wrong. More importantly, we owe it to ourselves and others to admit our faults. Sad part is some people just can’t owe up to there wrongs, and want to continually blame others for their own wrongs, or better yet they want the person they’ve wronged to take the fall, because in their brain they believe they are not wrong and you’re the wrong one.

What Is Taking The Fall?

Taking the fall is all about being accountable, for the whole issue not just part of it, it means not projecting your issue onto another. Of course none of us want to look bad. Who wants to look bad? No one ever does. Especially if you’ve been vigilantly attempting to repair your image throughout your community, then it’s like a hell of a lot worse. Though this is just human nature, and part of the game. Yes, I said game, became, essentially we are all players in the game of life. When we are ashamed of ourselves or have to face the reality of our actions, and it absolutely sucks. It can be so hard to look it in the eye and admit what we have done, but you know what? It’s absolutely necessary, and it must be done. When you mess up, it is your duty to admit to it and accept the blame for your own actions. Always take responsibility for your own actions, and admit when you’re wrong. Plain and simple. If you can not owe up to your actions then you shouldn’t be doing, or have done them in the first place.

Why Is It Important To Take The Fall?

Taking the fall is important for a couple of main reasons. First, it’s important for your own growth and development. Admitting when you do something wrong and learning from it is what a good person does. No one expects you to be perfect, but we all expect you to be better than you were before. When you take responsibility for your actions, you will realize that it is ultimately a relief. You will feel a weight lift from yourself and you will feel so much better about your situation.

When we don’t take accountability, our guilt can fester and eat at us, which is not good for your overall well being. In addition to taking the fall for our own actions, being good for us, it is good for others. When we admit to our own issues, we show the people around us that we are committed to being honest and doing better, with that comes with being a truly good person m. We give the people that we have wronged the relief of knowing that we are admitting to it and that we are acknowledging what we have done. It isn’t fun, but it is right for everyone involved.

The biggest part of being accountable is not waiting to get caught. So many people hide their bad actions or refuse to admit fault until someone really calls them on it. Don’t be that person. You owe it to yourself and everyone else to admit fault as soon as you recognize it. Sure, sometimes we don’t realize it until it is too late, but that isn’t always the case. Be upfront about it. You’ll feel better.

Adults aren’t any more fond of getting in trouble than kids are, but have a responsibility to admit when we are wrong. Like I said, no one expects you to be perfect. People mess up and that is life. However, committing to the way that you have messed up instead of admitting fault and making the decision to do better is just tacky. Don’t do it.

More stories from Taryn Thomas and writers in Humans and other communities.