The Donkey and The Load of Salt

by Shamshair ali about a month ago in fact or fiction 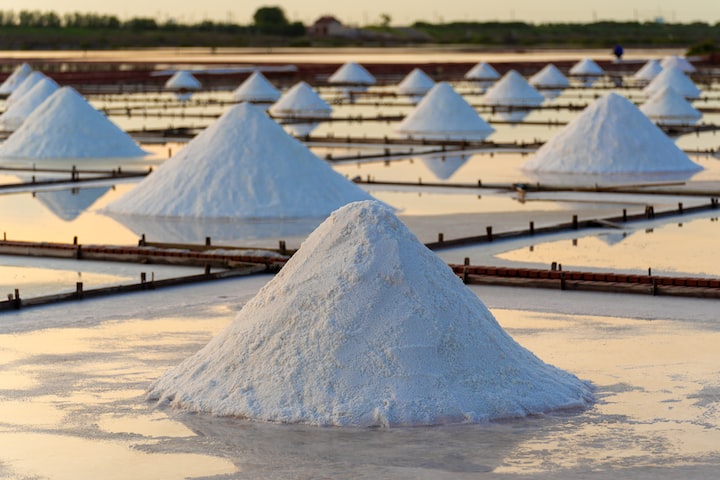 Photo by Timo Volz on Unsplash

The Donkey and The Load of Salt

Once, there lived a peddler. The peddler sold all sorts of goods....sturdy shoes for the farmers and pretty trinkets for their sweethearts, warm, woolly shawls to keep the women warm and sweet, sticky toffees for the children to munch on their way back from school.

Some days he sold fruits and on other days, kettles. To carry all his wares, the peddler had a donkey. Every morning, the peddler loaded the donkey with his wares. The two would set out and walk from farmhouse to farmhouse, from village to village and from market to market.

The peddler always walked ahead, whistling merrily as he went. The poor donkey followed, trying as hard as he could to keep up with his master and groaning under the weight of his load.

Every evening, their wares sold, the peddler and his donkey would wend their way home. The peddler, pleased with the day's takings, would walk ahead, jingling the pennies in his pocket. The poor old donkey would follow, foot sore and weary from carrying the heavy sacks all day long.

"Ah! My poor feet! Oooh! My aching back!" the donkey moaned every night as he collapsed wearily onto the hay in his stable.

The old grey cat who shared the stable with the donkey, would shake her head and sigh. 'Poor old donkey,' she would say to herself, and slink off into the night.

One morning, the peddler loaded the poor donkey with a dozen sacks. The sacks were full of salt and much heavier than the donkey's usual load. The donkey groaned under the weight, but bore it patiently, as he had always done.

"I shall make a tidy profit today on this salt.' said the peddler to the donkey, as they set off. 'There is not a woman who does not need to buy salt for her cooking and they will pay me well for this. I shall be a rich man tonight!'

And the peddler danced a little jig in the middle of the road. The donkey could only think of the heavy load on his back and the long day ahead.

The donkey plodded along behind the peddler. The sun was now high in the sky. The donkey was hot and tired and longing for a drink of water. Up ahead, he knew, there flowed a stream of cool, sweet water. The donkey hurried towards the stream as fast as his tired legs and the heavy load on his back would allow and leaned over for a drink. The edge of the stream was slippery with mud and slush. The donkey, with the heavy sacks of salt on his back, slipped and fell into the water.

"Oooh, help! Help!' brayed the donkey in terror, his legs flailing madly in the water. 'I will surely drown with this terrible load on my back!'

But suddenly, the donkey felt himself floating, the load on his back gone as if by magic. He clambered out on to the bank and shook himself. Yes! The weight on his back had vanished!

Of course the sacks were lighter, for the salt had dissolved in the water. But the donkey did not know that. 'At last! A way to rid myself of my burdens,' he thought and brayed with joy at his great discovery.

That night he told the grey cat all about how he had slipped and fallen into the stream and how, when he had climbed out, his load had become so much lighter.

"No more heavy loads for me,' declared the donkey, feeling very pleased.

'Every time it gets too much for me, all I have to do is to pretend to fall into a stream and my load will lessen by magic!'

The grey cat shook her head and sighed. 'Poor old donkey.' she said and slunk off into the night.

Next morning the peddler loaded the monkey again, this time with bales of cloth that he wanted to sell at the next village. Be careful today, old donkey,' he said as they set off. 'I did not earn penny yesterday. I must earn double today or we go to bed hungry tonight.'

The donkey plodded along behind the peddler and groaned under the weight of the cloth. His back ached more than ever and his feet were killing him. He resolved to find a stream as quickly as he could. As luck would have it, the peddler took the same path he had taken the previous day and very soon they came to the same stream. The donkey hurried ahead as though very thirsty and pretending to slip, fell in. He kicked his legs about, making sure the bundle on his back was properly soaked.

In a moment my burden will vanish." he told himself and kicked about some more.

But what was happening? Something was wrong! His load, in stead of becoming lighter, had become much heavier and was slowly pulling him deeper into the stream. Of course his burden was heavier, for the water had soaked into the bales of cloth. The poor donkey thrashed about in the water and brayed in terror.

Meanwhile, the peddler had rushed to the stream and bracing himself on the bank, helped the frightened donkey out of the water.

That night, the donkey was a sad and subdued creature. He had had to carry the much heavier, soaked and dripping bales of cloth all the way home again. His back was truly aching and what was worse, he had caught a cold. He sneezed miserably into the straw. The old grey cat looked at him and sighed. 'Poor old donkey,' he said and slunk off into the night.