The Day I Left My Husband

by Michelle Brown 3 months ago in marriage
Report Story

The fear never truly goes away. 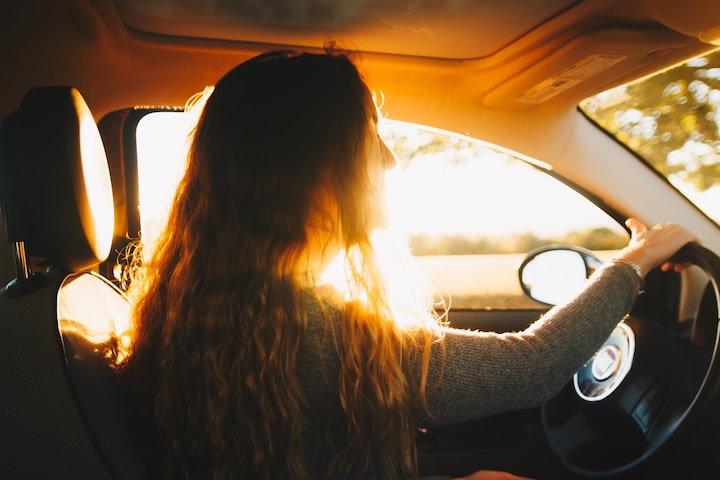 Photo by Cory Bouthillette on Unsplash

All I remember about the day I left my husband was the intense, instinctive need within myself to just GO.

I packed everything I could think of into my car while he was screaming obscenities at me, got in, put it in drive, gripped the wheel, and drove away.

I’m lucky to have made such a relatively smooth getaway considering all the years of violence and abuse.

Many women are not so lucky.

And so I drove for over an hour, up a mountain, to the city I had been commuting to every day for work. I drove to a mall parking lot and sat there. It was winter. I had no plan. I walked into the mall and purchased a comforter that was on sale. I took it back to the car and considered whether I was going to just sleep in the backseat that night.

I had never felt so alone in my whole life.

But it was nothing like the fear I had felt in the last few years of my marriage. This was nothing compared to that.

For any woman who has left an abusive marriage or relationship, I think there’s nothing quite like that surreal mix of adrenaline, terror, and absolute relief.

The “leaving” really feels more like escaping. You almost can’t believe it’s real once you finally get away from an abuser. There’s always that very real fear that they will follow you, track you down, and do something violent.

The fear never truly goes away.

I never wanted to leave my husband. I had always hoped that things would get better. As I know and others like me know, however, it doesn’t tend to get better — only worse.

I had left him before, maybe for a day or two. But I always went back. I went back because I was afraid. I didn’t think I could really ever leave him for good.

But this time was different.

I had finally reached my breaking point. The life I was living could not be my final destination. I was done with the misery, tears, and darkness. I was ready for the light.

I ended up getting a cheap motel room that night I left. I got takeout and ate in my room. I locked the door and closed all the curtains.

I slept better that night than I had slept in a very long time. I was a tiny speck in the universe and no one knew where I was. Feeling insignificant felt good. It felt like I could do anything.

I ignored the calls and texts, asking when I was coming “home”. I wasn’t going back to a home like that ever again.

Home from now on was where I decided it would be, and where I felt safe.

The next day I went to work like normal and told absolutely no one about what had happened in my personal life.

I dyed my hair and cut it that week. I searched for an apartment. I even stayed for a few nights in a freezing cold Brazilian jiu-jitsu studio my co-worker offered me to save money.

There was no heat or hot water in the studio but those three icy-cold showers I took there were only the beginning of my awakening into a new way of being.

I found a cozy apartment in a nice community to rent within 2 weeks of leaving my husband. The manager of the apartment was a woman who had been through what I had been through. She was kind. She was an angel. She understood that my husband could never know where I was.

She never called the old apartment building I had come from for references. She waved part of my deposit. She took a chance on me and I will never forget her for it.

And that’s the thing about making decisions that are true to your best path. Once you start making them, all kinds of doors start opening up. Once you finally break free of poisonous relationships and toxic habits you begin to feel a freedom you either forgot about or didn’t even realize existed.

Those of us who are lucky enough to get out know the gratitude of freedom. We know the taste of primal fear. And we know that there is a life out there after abuse that is safe, fulfilling, and so worth the journey.

If you are the victim of domestic abuse or know someone who needs help, please call The National Domestic Hotline at 1–800–799–7233

This Is What Happens In Your 40's