by Dawn Harper 4 months ago in humanity 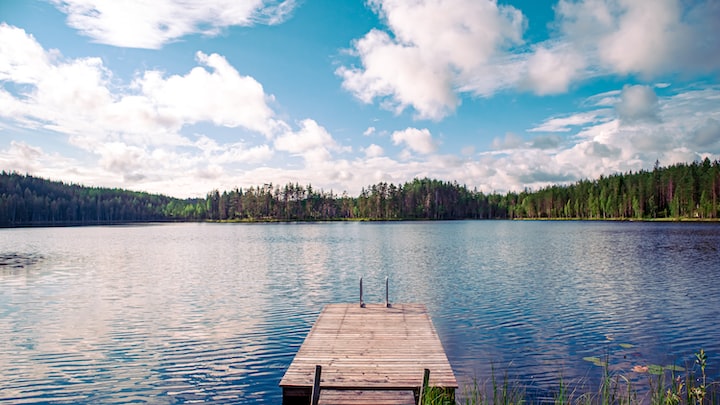 Photo by Vivian K on Unsplash

They wouldn't let me out of the hospital until I pooped. Funny thing about having a section of your gut cut out and the remaining ends sown back together, they want to be sure everything down there is operating as it should before they let you go home. By the seventh day in the hospital, I was going stir-crazy. They were feeding me laxatives like candy. I talked a friend into bringing me KFC mashed potatoes and gravy. When that failed to do the trick, I ordered Taco Bell. That did it. The tenth morning, the doctor came in and asked, "Well, any movement last night?" I nodded. "FIVE TIMES, Doc. Can I go home now?"

Well, he let me out, but I didn't get to go home. I could barely walk, much less bend over, bathe myself, or tend to my dogs. A few days before Halloween, my best friend picked me up and took me to her house. For the next two months and change, she and her son and daughter-in-law waited on me hand and foot. I took up residence in a recliner, and only got up when mother nature insisted I do so. And when I had to go to chemo.

That started in November. The baby-faced doc who cut out the tumor installed into my chest a "port," where a vein is threaded across a small platform, making insertion of the chemo needle much simpler. Just before that surgery, he solemnly informed me that I was fortunate, in that I had a very "redundant" colon. Even with fourteen inches of it cut out, I still had about three feet more colon than most people have. I nodded my understanding, and said, "So, what you're telling me, Doc, is that I really am more full of $h!t than most people?" Yeah, fortunately, he was accustomed to my sense of humor by that point, having heard every poop joke I could recall during my morphine-induced haze while I was in the hospital trying to accomplish my throne work.

Gradually, the incision healed, and by New Years, I thought I was able to handle a slightly more independent situation. Everyone insisted I could NOT move back into my camper with my dogs just yet. The chemo was leaving me very weak, and I still could not bend over very well. A good friend and neighbor volunteered to take me in while I went through chemo, so in January, I moved back to Downsville with him and his little boy.

Then came the COVID. And the quarantine. And hours of NOTHING to do. I did what I could by way of housework, toyed with my novel manuscript, wrote a memoir... But no amount of what's available to do without leaving home can fill in all the spaces. In the small hours of the night, lying awake fighting not to have to get up and go vomit, it's impossible not to consider the eventualities of a cancer diagnosis. At that point, they were calling it Stage 3b, because it required immediate surgery and had completely blocked off my lower digestive functions. Stage 3b - that's one stage before terminal.

I planned my funeral. I started a playlist for the funeral. I made sure someone had all my passwords for all my social media and other accounts. I made a bucket list. Speaking of which, if anyone knows how to play the bagpipes and is willing to teach me, that'd knock one item off the list.

At first, it seemed macabre, all this thought of death. But gradually I began to realize, the reality of the situation was that I was ALIVE. No way to know for how much longer, but then who among us is guaranteed tomorrow? The acceptance I had slapdashedly thrown together in the hospital slowly began to develop into true contentment. I had a roof over my head. I had my dogs. I had friends who loved me. I had someone to take care of me.

Chemo ended in May, 2020, but with the pandemic still in full swing, and being content where I was, I stayed. Remission seemed like a real possibility, and I was looking forward to the end-of-the-year tests that would prove I was cancer-free.