Taking on the negative emotions of others consumes your own happiness

Taking on the negative emotions of others consumes your own happiness 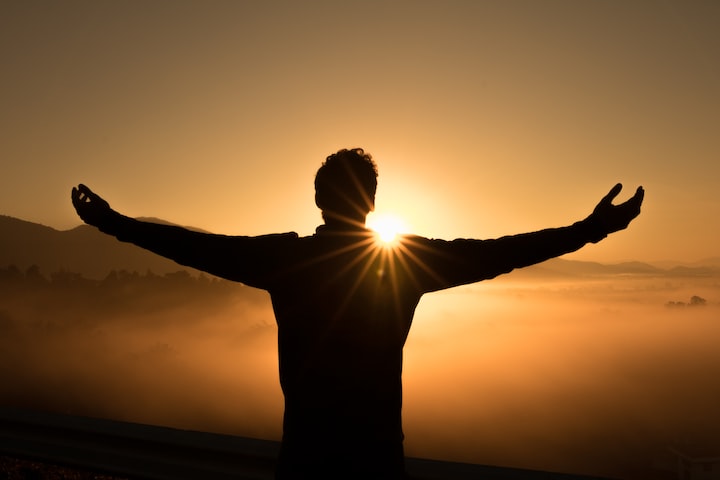 Just imagine yourself walking on the side of the road, not chasing anyone and not provoking anyone, and suddenly someone glares at you angrily—you know that look is not because of you, and you also know that his anger is not aimed at you, so bear it for nothing If you don't feel the emotions of others, you will still feel uncomfortable, uncomfortable, aggrieved, and even painful.

Colleagues in the same office occasionally throw temper tantrums, not against you, maybe because things are not going well, or communication is poor, or something else. If you feel that you are familiar with everyone, you will show your unhappiness. For example, when you put things away, you "slam" too hard. For example, when you go out, you close the door with a heavy "bang"—it has nothing to do with you, but you feel that you are inexplicable. Kneading it, why is it so unpleasant? My colleague was unhappy at first and can't say it, and I feel useless even if I endure it like this. Why should I accept this? ! You are constantly entangled in your own mind, and you are so annoyed that you are even thinking about how to talk to him. Unexpectedly, after lunch, people will laugh and talk to everyone. I was thinking to myself, what is going on?

I think many people have had this feeling, and I would like to know how to deal with this kind of person. What should I do myself?

Everyone has emotions, and we are people with negative energy in principle, releasing negative energy to achieve positive and negative balance. In addition to being the bearers of other people's bad emotions, we also become the producers of bad emotions, consciously or unintentionally inflicting them on others. Who dares to say that he has never lost his temper with anyone when he grows up so much?

A sentence my high school classmate said to me is still fresh in my memory. She is soft-spoken and gentle, and because she is a little older than me, I often call her sister. She also treats me like a sister. We get along very well. We help each other in learning, go shopping together after class, listen to the same person's songs, and even wear the same clothes.

But once, because other classmates made a joke about me, I got really angry. When I recounted it to her, my tone was very bad and emotional, and I kept cursing those people with black faces. She said to me very seriously and seriously: "I didn't make you angry; you can't talk to me like that."

I still remember this sentence, and it touched me a lot - I didn't realize that I was venting my emotions about others on her, and this was the first time someone told me directly no. After that, when I realized I had negative emotions, I tried to keep myself from being that pesky emotional vent.

Let's continue on the topic, do you always take on other people's emotional responsibility, intentionally or unintentionally? If we need to bear or deal with other people's negative emotions, it is a serious consumption for ourselves. Just like the example of the office I mentioned at the beginning, the series of mental activities of mine is consuming my own energy, making me unable to concentrate on work, seeing the client will be all right after a while, and I am still stuck in emotions, how can I feel happy Woolen cloth? It's hard enough just to digest our own emotions. If we have to passively accept and digest other people's emotions, the days will be over.

When you find that there are negative emotion carriers around you, in order to protect yourself from negative emotions, the most important thing is to maintain boundaries and build a "safety wall" inside.

I can accept and feel the emotions of others, but I will block and filter out those emotional things. Well, you are poor, hurt, angry, you have some needs, ok, I get it!

But although I know this is your business, I don't want to be responsible for any of your negative emotions, and I have no reason or obligation to enlighten you!

As mentioned above, this is the so-called rejection. You feel that without you, he will continue to sink, but on the other hand, didn't he live well before he knew you? It is your business to release your negative emotions and your freedom, and I have no right or need to intervene in you, but it is up to me to decide whether to appease you or not! It is possible that other people's emotions will be controlled. If you don't have the ability to refuse, you have to make sacrifices for the choices you make. For example, go bungee jumping with a bereaved friend, and you are extremely afraid of heights; believe some people's complaints and pay for yourself; watch a bullied colleague, stand by her side, do some self-righteous things, and the result may be a lot of money, It is also possible to stick a knife between the ribs and eat coptis for a dumb person. Only the parties know the taste of it best.

If someone vents at me and yells at me, I'll smile and think, where is his point? Is it because the wish is not fulfilled, or because it is too selfish, or is there another reason?

When I figured out the reason, I either solved the problem or ignored him. Expressing your emotions never solves a problem. What really matters is the need beneath the emotion.

As for those of us, if we want to survive in this complex, crowded crowd, we have to pass by so many people, and we will not be scarred after meeting by chance. One of the most important things is not to be coerced by their emotions. Interfere, let alone be hurt.

If there is no heart-to-heart friendship, how is it worth our anger? Some people and some things are just a certain moment in a long life, and it is over, and it is over.

Your peace, your composure, and your sanity are the wall of safety.

Compared with people we meet at work, family, and friends in life, it is difficult for us to build walls rationally. Their negative emotions come to you at any time, no matter the time and place, and we cannot avoid them. Is that really just hard resistance?

There was a period of time when my husband was very busy with work and under a lot of pressure. He had expected it when he took over the task, but he hadn't made all the work adjustments for a while, and he would unconsciously feel emotional when he came home. The typical job affects life, with a dark face and a sullen, even unhappy look.

At first, I didn't know how to deal with it, but when I saw him being inexplicably angry, I tried to ask, but he didn't say a word, and he wasn't interested in finding some topics to talk about. He even told me not to bother him, but I got angry too." Seeing that you are unhappy, it is wrong to want you to be happy; I have been busy all day, and I am still angry with you. You are unreasonable!" My accusation made him even angrier, feeling that he was already busy and tired; I wanted to be angry with him, but it was just unreasonable. So a vicious circle was formed, which we dubbed "deadlock" afterward.

After this century-level quarrel, I suddenly realized that I could ignore him, ignore his emotions. It's not that you don't love him; it's that you give him space, time, and some peace. This is his habit of dealing with problems; one is to stay, not to speak, and to think quietly. This is his pressure, and it is a problem he has to overcome. If one day he asks for help, then I can support it; if not, why should I? Do you care? Figured this out, and everything suddenly became easier.

Get up, eat, work, go home, eat, and sleep face him in a normal state, and whether he is normal or not is what he has to overcome; I can't get mad at him just because he's not in a good state, can I? ? It should not affect his own emotions because of his emotions, resulting in a worse family atmosphere.

With the resolution of work problems and the reduction of stress, he recovered. He talked to me about the pressure during that time and his incompetence with the family and asked his wife, adults, not to remember villains. This has made us both grow and strengthen our relationship.

If the other person is a parent and sees their parents unhappy, we always want to do something to make them feel better. "Saving parents' emotions" I don't know how difficult it is to describe this. For our parents, they are used to being unhappy, disappointed, out of control, sad, and pitiful. This is their normal state and cannot be changed by children. Even before giving birth to you and raising you, their desire for control and madness has determined that they will experience this emotion countless times in this society. Did you save it by yourself? For the often bad mood of your parents, you not only can't save it, but you also put yourself in it.

Parents give us life, but we can help them by managing ourselves first. You are yourself first, children, parents, etc., second.

Remember that when we want to meet the needs of others, it is our freedom and choice, not our obligation. In reality, some people turn this into an "obligation," and they only feel it "should" when they can do it and feel a deep sense of guilt when they can't do it. It is always the feelings of others that are more important than yours. Like a marionette, you are no longer yourself, and even happiness seems so false.

In fact, the single most important thing and obligation in my life are to value my own feelings and meet my own needs without harming the rights and interests of others, rather than living just to meet the expectations of others.