by John Rudd 5 months ago in advice
Report Story

Are you in love or are you obsessed? 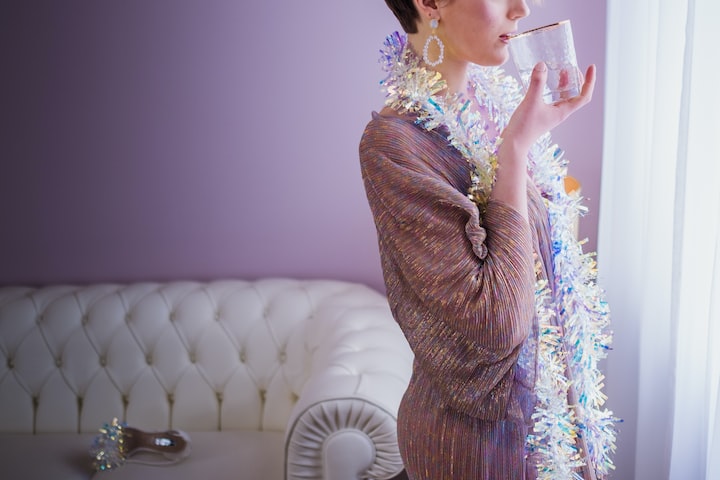 Photo by Filipp Romanovski on Unsplash

Some individuals confuse the obsession with the opposite sex with passionate love, but the two are completely different. It's easy to confuse someone's fixation with love - because you're constantly thinking about that person and you feel the need for closeness.

But they are quite opposite at least from one point of view: while, when you love, you want everything that is best for the person you love, when you obsessively fixate on someone you think about your desires and needs, not the people.

What is an obsession with a person? The Romanian explanatory dictionary generally defines an obsession as a "disorder of the will which is manifested by fixed ideas, by the irresistible desire to do a certain act, the patient being aware of the abnormal nature of his actions" or as "inappropriate image or idea which it persists incessantly in the field of consciousness, persistent and abnormal, a torturous preoccupation ".

Indeed - by stating that the individual is not always aware of the abnormal nature of his obsession, this is how this fixation on a person of the opposite sex can be defined: the person has fixed and constant thoughts about the other, the uncontrollable desire to see or hear him. an intense preoccupation with what the other is doing.

This preoccupation becomes so obsessive that sometimes the obsessed person can no longer perform normal activities in daily life, being stuck in persistent thoughts about the other: he finds it difficult to go to work, meet other people and have a normal social life.

An obsession with a person can evolve and cause sleep problems: the person dreams of the other every night and his thoughts disturb his rest. In the end, it can range from the need to see and hear him, to the collection of pictures with that person, to stealthily following him, following his life and what he does during a day - at this stage, only a specialized intervention. can effectively help the obsessed.

Why does an obsession with a person appear? Initially, fixation can be easily confused with love: you meet or just notice a certain person and then you find that you only think about her!

But the abnormal evolution of this fixation is radically different from love: the obsession presupposes that you do not think of the good of that person - as in the case of love, but of your desire and desperate need to see it, to be close to it. Moreover, sometimes the obsessed person is not interested in really knowing the person, but mentally creates a certain distorted image of who he is, what characterizes him, what life he has.

An obsession with a person develops due to specific personality traits: egocentrism, exacerbated shyness, low self-esteem, self-closure. The obsessive person has a strange relationship style, cannot communicate properly with the people around him, and is usually extremely introverted, closed in on himself.

This deficient way of socializing can come either from difficulties in psychological development or from a disorganized, aggressive family environment or traumatic experiences. Low self-esteem prevents this man from developing normal relationships and believing that he deserves a certain person - which is why he is "satisfied" to follow her secretly!

But self-esteem can develop either in an inferiority complex - as stated earlier, but also in a superiority complex that masks the latter - the person considers himself special, different, above the "ordinary mortals". not having to follow the social rules of others!

An obsession with a person cannot develop without exacerbated egocentrism: other individuals do not matter, only personal needs. Therefore, although the person has a closed, rigid communication style, he can be particularly intrusive in the life of others - especially in the life of the person for whom he has a fixation.

It goes from provoking "accidental" encounters to the actual pursuit of the other in ignorance. It is also possible to follow him through the Internet, break personal passwords, intervene as concretely as possible in the other's life.

The acute and uncontrollable need drives the obsessed person's actions - sometimes, even though he knows he doesn't have to do what he does, he can't stop and finds various justifications: "I just don't do anything wrong, I don't bother her"!

The obsession for a person of the opposite sex is even more serious because, even if the individual at some point heals from this state of fixation, it does not take long to develop another, related to another person.

As long as he does not relate normally and closes in on his mental world, the individual cannot maintain a normal relationship - although sometimes, at first glance, he seems fine. When does this obsession develop? When the individual meets or observes in the entourage - at work, in the group of acquaintances, in a bar, it does not matter - a person who then thinks constantly.

What's next? Sometimes, he approaches the person, he meets her, he has a relationship for a while that seems to be fine - the target of the obsession is not realizing what it is about. But the symptoms - he constantly thinks about her, dreams of her, feels the need to always see or hear her, starts to check her and abusively enter his personal life appear soon and often, the relationship ends - but not the obsession.

At other times, the individual is afraid of rejection, does not know how to approach the person, does not find communication strategies, and thus develops in himself, and without directly relating to the person, the obsession. He is "content" to follow her from a distance, like a silent worshiper. But there are risks: if he sees the object of his adoration with another individual of the opposite sex, going out on dates and feeling good, the obsession can take on aggressive sides: either towards the target or towards his person.

What can be done to help someone overcome an obsession with a person? When the symptoms are intense - fixed ideas, constant thoughts, frequent dreams, stealthily following the person, inability to perform other activities - then the intervention of a psychiatrist is needed to determine if the obsession was caused by mental problems or a mental illness. poor socialization.

Then, psychological counseling is the only thing that can help the obsessed person to improve his life and to relate normally with other people. Specialized intervention is important because if a certain obsession goes away on its own after a while, the individual has not healed: most likely he will develop another obsession soon.

More stories from John Rudd and writers in Humans and other communities.