by Phil Rosen 3 months ago in literature

Wisdom in the eyes of the beholder 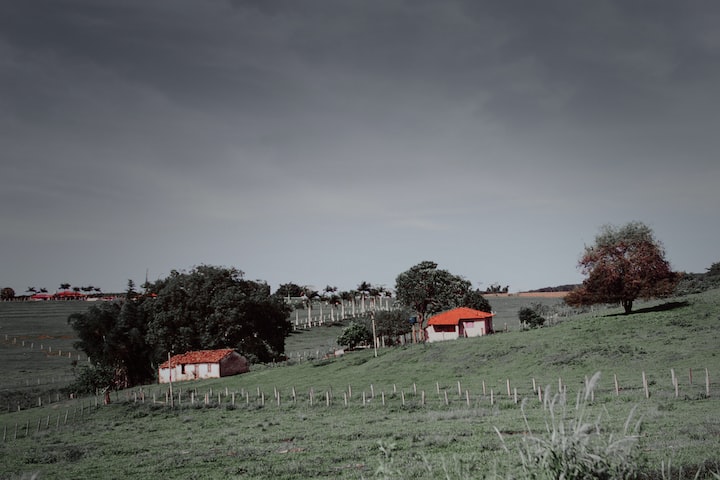 Photo by Frederico Lopes on Unsplash

The vast majority of people fall into a circumstance they did not themselves choose. Events and positions are thrust upon individuals and they are left feeling like actors in a movie they did not know they’d been cast in. Many think to themselves if they have taken this or that direction instead, life would have been altogether more pleasant and less vulgar.

Inevitably, as the mass of people run the course of their lives, regrets abound and most learn to resign to a life of obscurity. The least discussed yet most common tragedy seems to be the realization that you are destined to be ordinary. Discovering this sooner than later saves much anguish and energy, and allows you to pursue an ordinary life with enthusiasm rather than an ambitious life full of disappointment.

In rare instances, however, the exceptional can mistake themselves for ordinary. This usually happens when a viable aspiration is stymied by discouragement, or when ambition exists so briefly that it ends up extinguishing itself. When potential is unrealized, only tragedy remains.

It is for this reason I consider Harris the most tragic man I have ever met.

Four years ago when I worked as a journalist, I had been assigned to cover a poultry slaughterhouse in Oklahoma. The conditions were vile, the hours long and the work dangerous. I had arrived a few minutes before my 6:00 AM shift, carrying my small black notebook that I always used in the field. Eager and nervous, I waited outside the factory to meet the contact my editor had set me up with.

A bus pulled up at 5:59 AM, completing a tortuous commute I later learned took nearly two hours. The driver drove slow, taking her time because her company paid her by the hour. A dozen tired-eyed workers alighted, Harris among them. He approached me as I was scribbling notes in my notebook.

“You’ll be next to me today. I’ll try an’ make sure you leave here with all your fingers.” He flashed a smile and led me inside.

We grabbed gloves, blood-stained aprons, and goggles, all of which filled my nostrils with a nauseating smell. The assembly line involved killing, de-feathering, and dismembering using an array of heavy machinery. Each role had its own set of dangers, and rarely did anyone finish a shift unblemished. Fingers were lost daily, limbs weekly.

I stood across from Harris on the work line. He had on a creased grey shirt and tattered jeans, and on his feet wore a pair of boots that needed replacing. His outfit matched the milieu of the factory: out of date, unbecoming, and bleak. Notwithstanding, his countenance revealed a lively spirit and I could tell he was no fool.

Harris had dark hair and a bush of a mustache that seemed to float over his thin lips. His face was lined and plain and symmetrical, features that suggested he had once been handsome. Dark circles pulled his eyes down and made them look smaller than they were, giving his face a severe yet intelligent look. He had a vaguely comforting aura about him. He told me he had just turned 31, though he looked closer to 50 (a consequence of 80-hour weeks in a slaughterhouse, I suppose).

“I’ve worked this here line for 13 years now,” said Harris. “I dunno much, but I do know chickens. In my third year I reached the hourly wage limit of $5.50, and that seems pretty good for a country boy who didn’t have no schooling.”

“It’s not all bad—there’s people with full on high school diplomas that make only $4.90 here!” He smiled as the machinery began to groan and move.

From dawn till noon, I grappled chickens, yanked feathers and butchered limbs. Long dulled by overuse, the automated knife that chopped the chicken corpses flew with such ferocity that I quickly understood how fingers were lost every day. Within my first hour, guts and bile had painted my arms and face, making my apron seem quite useless. The line moved fast and I had fallen behind from the onset. Harris had advised me not to take bathroom breaks because managers deducted pay for every minute away from the line.

Sweat dripped from my brow. By the time I took off my gloves and goggles, the monotony of the work and the dreariness of the steel walls made me wonder how anyone could do this for more than a few months, let alone a decade.

I took a sidelong glance at Harris. He had a dark, oblong bag with him, bloodied and worn like our aprons. Curious, I thought to myself. No one else had a bag with them. He kept it in between his feet while he worked, and now held it in his arms like an infant.

This bag, I learned during our lunch break, contained Harris’ tragedy. While I, like the other workers, pulled out a sandwich, Harris pulled out a violin.

Though unusual, I did not think much of it. My feet were sore from standing, and the rest of my body sagged in exhaustion. My mind could only dread the labor waiting on the other side of lunch.

Then Harris began to play.

The music seemed to warm the entire room, and for a time the raging machinery and the air so redolent of decay fell to the background. Conversations stopped as notes of poetry drifted through the factory. Both crisp and touching, Harris played a tune unlike any I’d heard before.

At once, I felt as if I had learned what plays at the gates of heaven and what propels goodness in the world. In this derelict and morbid place, Harris allowed his soul to unfold, and his genius conveyed itself in a poignant ode to the universe. His music invited each of us haggard and drawn workers to love and be loved, to inspire and aspire. Every stroke of his bow released a euphony. My hands lifted upwards in an attempt to grasp the notes from the air as if they were falling leaves. Unsuccessful, I felt I had not the wisdom to absorb the music in its entirety.

I stared at the passionate stranger before me, unsure of how much time had passed but certain I had bore witness to the transcendent.

To this day I have not heard anything more beautiful.

Breathing hard and covered in blood, Harris put down his violin. Only when someone offered me a paper towel did I realize I had been crying. The sound of machines and squabbling chickens returned to the fore. I blinked away the last of my tears and approached Harris.

“Th-th-that was unbelievable!” I could barely string my words together.

“Ever’day I play at lunch. It's a nice way to pass the time, and folks seem to like it.”

Incredulous, I stared at the prodigious man before me.

“What in the world are you doing in a meat factory? A talent like yours could fill stadiums!”

Harris smiled and shook his head, hinting he’d heard this before.

“I gave up my dreams of music long ago my friend,” said Harris. “My father—a drunk and a barbarian, really—always told me he’d never have it, an artist for a son. And so he hasn’t.”

We resumed work on the line. I could not cease thinking of Harris’ musical genius—the potential in that man! I barely noticed the entrails in my hands. Only when muck splashed on my face did I come to reality. I had Harris’ dreams in my head; I wondered if they were in his, too.

I soon learned that Harris, after playing violin through his childhood, had in fact been offered enrollment at the elite Juilliard School of Music in New York. Yet he had neither the funds nor the blessing of his father. As a meek youth, he allowed his father to drive his dreams into the ground.

“You’ll never amount to nothin’ if you keep at this music business,'' Harris' father would tell him. “Stay away from this artistic crap. Get your ass a paycheck at the factory.”

Harris, obsequious and doting, did just that.

Thirteen years later and he finds solace in playing his violin during lunch to an audience of underpaid and malnourished colleagues. He laughs a good deal, usually at simple jokes, and I could tell he had not an ounce of imagination. It didn’t seem to occur to Harris that he had a gift few others on Earth possessed. He believed himself to be nothing other than ordinary, and that his musical ability stemmed not from talent but from a “knack for sounds,” as he called it.

“Thirteen years here and I know it to be true, this is where I belong. Somebody like me ain’t supposed to amount to nothin’ much. I could never do grand things. I ain’t supposed to. But at least I know my chickens.”

I breathed in and tightened my lips, but Harris only smiled.

“I been workin’ all my life, and I play songs to relax from time to time. I don't see nothin’ wrong there. I look forward to a life where I know what’s comin’ day after day. Hell, minute to minute. I like knowin’ that I have a place here so long I clock in on time.”

I stole a look at the country boy before me. Admittedly, little about him appeared remarkable. His plain features and modest stature could never trick anyone into believing he had unconventional capabilities, let alone generational talent. He had set his life just so, and seemed satisfied if not happy. Still, I could not shake the notion that something must be done. Should this man remain between the desolate walls of the meat factory, the world would be deprived of a prodigious talent it didn’t know it needed.

Though Harris seemed determined in his belief that nothing could be worthwhile enough to disturb his current way of life, I felt compelled to try. I wanted to make him see the selfish existence he led, the passion he could bring into the world if only he tried. Contented though he seemed, I couldn’t let myself leave without opening his eyes to something else.

By day’s end, fatigued and dirtied as I was, I had the wits about me to scribble a check for $20,000 (the Juilliard School’s fee for an open enrollment) and put it in my notebook with a note: Do with this as you may, but know that your music can change the world. It's already changed mine.

I saw Harris walking toward his bus. I ran up to him, slipped the small black notebook into his bag and never saw him again.

I cannot decide whether Harris was a fool or a wise man. His only object seemed to be maintaining his life’s pattern exactly as he had set it. A good life, in his eyes, meant only an honest day’s work, and it is for this reason he could be happy doing nothing more than this.

When I reflect back, I’m astounded at the gall I had to try and play God in someone else’s life. I do not pretend to be wise, though I have learned that wisdom does not include knowing with any confidence what is best for others.

Two years after I met Harris, my bank notified me that a large check of mine had been cashed. One year after that, I heard of a newly built chicken farm several miles from the factory I had visited—tall silos, a modern and clean farmhouse, great stretches of pasture. Passersby have reported music of inexplicable beauty coming from the barn each day at noon, though the author of the melody remains anonymous.

See all posts by Phil Rosen →