by Dave Weaver 11 months ago in fact or fiction 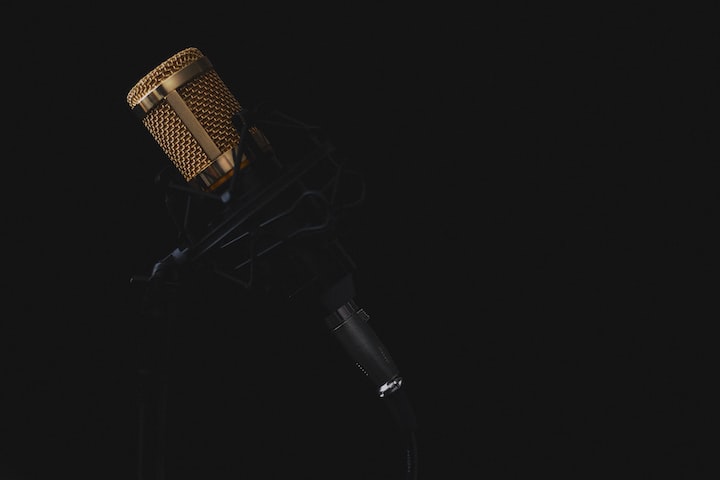 Photo by Hrayr Movsisyan on Unsplash

The woman in the pale blue trouser suit walked over to the picture window and stared out at the familiar LA skyline. She always stayed here when they had work to do, and although he’d promised her the day off before their flight, somehow they’d still found themselves back in that long low room with its soundproofed walls.

“Just the overdubs honey, it won’t take more than an hour, two at most.”

But it had been six in the end. That was OK though, she wanted to get it right as much as he did, maybe even more. She always felt at home in that room, safe, in charge of herself. He’d tell her what he wanted her to do and they’d try a few things out, she’d say her point of view and he’d listen and they’d try it again. Sometimes they hit the spot with the first take although, she reminded herself, that rarely happened these days. These days it was all far too serious. These days perfection came slower, and harder.

It wasn’t like when they started out, listening excitedly to the playbacks though their cans, the old pro’s behind the mixing desks nodding sagely with disbelieving grins on their faces. “This is the real thing man! Immaculate as a diamond; flawless, beautiful. That’s what those faces told them.

“Could it really be so easy?” they’d ask themselves in careful, steady voices, afraid that to shout out what they really felt would break the spell. “Could just making music really be this much fun?” - Not that it wasn’t hard work of course, but hard work never hurt anyone, right?

The woman shielded her eyes against the harsh west coast sun as it tipped across the horizon and burnished the offices and apartment blocks below to a mellow gold. She hadn’t slept much, had tossed and turned exhausted but too wired to sleep, still electrified by the evening’s long session. Now that edge had been blunted and her body told her to rest, but there could be no rest. Soon the taxi would be there and she’d be off to LAX and Tokyo; the meet and greet, the interviews, the sound-checks and the shows, night after night, perfect in every detail with never a slip of the grinning mask she hid behind like a frightened child – a fat and ugly one.

She’d tried to tell him that. Or had she?

Not really, she guessed. Not in actual words because they’d always been a barrier between them.

Ironic really, when it was words that had really got them where they were; the beautiful lyrics that ripped her soul apart as she sung them, the smooth glittering plains of the diamond that splintered as they touched her heart. Yes they were beautiful, but cold and lonely; a self-imposed exile’s excuse for never living a life. No wonder she took them inside herself so eagerly like sympathetic old friends.

“You were right.” They’d tell her, even as they formed themselves in her throat. “You knew that life was going to be like this didn’t you? There’s no reason to any of it, no ultimate point. There is only self-awareness and work. Know yourself and work hard. Hard work never hurt anyone, right?”

He’d never realised that of course, how could he? He had the dream. It had all come so easily for him from the get-go and she’d willed herself to be right there by his side, ready to get it for him. It was the way she’d been brought up. Not the money or the houses or the cars, though that was nice. Not even the praise, because that was kinda nice as well but sometimes it just got in the way of the music. No, he just wanted to get it right.

“I can do that for you Hon, I can get it as right as it can ever be. Just don’t put me out front that’s all, don’t put me in that place because then they’ll get to see too much. They’ll see right through me.”

But he didn’t get it, none of them did, so she had to retreat even further back inside herself, shrink away from everyone to the place she felt safe.

The grinning fool would cover for her.

It was on autopilot now anyway, at least until the ballads. Then she’d have to step in again, rip the clown mask away and sing those terrifying words. It was what she got paid for; to go one more time to that small dark room at the top of the house that no-one else ever visited and stare into its moon-lit mirror; to see herself, not gaunt and panda-eyed but the chubby little middle-classed kid from Connecticut long ago and oh so far away, the all-American girl next door who only ever wanted the white picket-fenced deal she’d been promised on the TV re-runs, with the cute guy who’d marry her and love her and tell her she looked just fine – who’d lie to her.

But that was just in the mirror, and as the last words of the song faded away so would the image until they would find that little room and flick on the light switch, and she’d see the sunken cheeks and anvil chin staring straight back at her again.

“This is who you really are.” The image would open its thin lips and whisper seductively to her. “Safe, in control, they can’t hurt you here. My, with a little more self-discipline you might even look normal…”

The sun was up now and people were starting to line the sidewalks below. Grey summer suits and pastel-shaded dresses pressed to get into subways and onto buses while yellow cabs jostled each other for parking spaces. Two white-gloved attendants waved a limousine she recognised into its birth directly in front of the hotel’s awning; the record company never left anything to chance.

A few minutes later the phone rang and she picked up her gloves and handbag. There was a subdued knock at the door as the bellboy entered for her bags. She walked over and tipped him, smiled and signed the autograph book he almost dropped with shaking hands, then turned back to the window again.

How easy it would have been, she suddenly realised as she stared down at the brightly coloured ants below. How easy to have made it all stop. It hadn’t even occurred to her till that moment; after all, why would she possibly want to do that? They had everything they’d ever wanted now.

She pushed her sunglasses down over her eyes and stared out unseeing at the city one more time. So this was what it was like to be on top of the world?

Receive stories by Dave Weaver in your feed
Dave Weaver
Read next: Mr.Avalon