by Carlton Burns 2 months ago in dating
Report Story 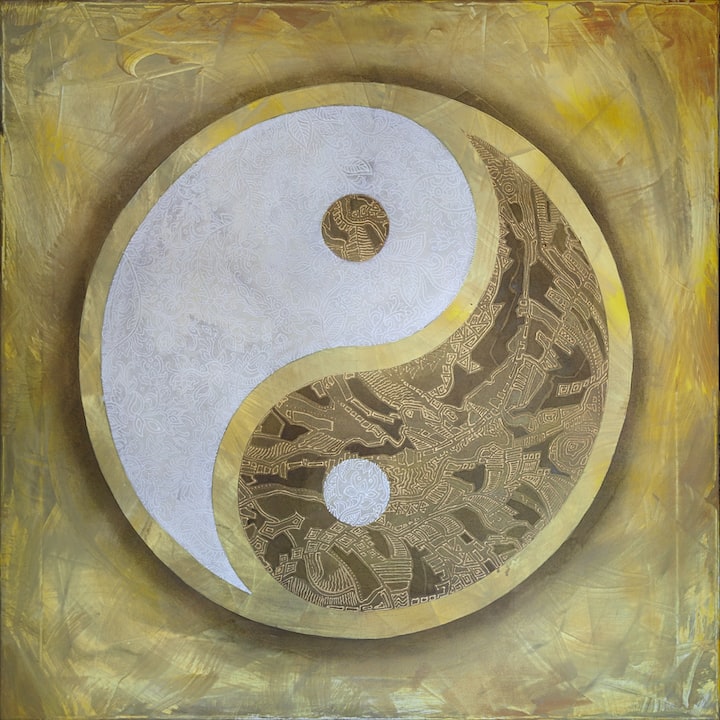 Photo by Дмитрий Хрусталев-Григорьев on Unsplash

When it comes to sex I'm sure many images come to mind. Whether from personal experience, social media, pornography, you name it. Sex is everywhere, however, true understanding of what it is can rarely be found, unless a person dedicates their time to study.

It sounds funny doesn't it? To read about sex and get a different perspective than the norm? Good, we all need a good laugh. But knowing more than the average person can save you from many bad experiences (not all), so that you won't have to suffer the consequences.

And I don't mean STDs or STIs, but they should be considered and avoided in any case. The consequences of a poor relationship, with sex being what's keeping the flame going, can be traumatic. We can all relate or know someone in this situation.

It's a terrible cycle to get stuck in and can be difficult for the person to break out of, but is still possible. It's my goal to expound on what I've learned so far and to provide materials for everyone to research in their own time.

(Please note this is my own research, perspective, and opinion. )

Put simply, sex is an energy exchange. But what does exchange imply? That depends with the person you're with. Nobody is perfect of course, but we all affect each other on some level. A person with anger issues will of course get a different reaction from others, compared to someone who is kind.

Add sex to the mix and you'll get different outcomes from both parties. The one dealing with anger issues (or any personal trauma) will most likely have a complicated relationship, unless they address and heal from their issues--which isn't always easy, but necessary in the long run.

There are a lot of factors and nuances, however, I won't get into all of them, just a few. The childhood of an individual plays a role in relationships as they observe how their parents (or guardians) interact with their partner, good or bad.

If there's a lack of positive representatives of both sexes in that child's life, then they'll be subject to different kinds of influences (i.e., music, social media, peers) that'll define the roles for them.

(If you're wondering how all this ties into sexual transmutation, I'm getting there, don't worry!)

As mentioned earlier, social media is a big influential part of society in general. And with some content having sexual themes, the subliminal impact is at large.

Like the saying goes, 'sex sells.' Having people think about sex; regardless if a product isn't sexual; will keep most easily manipulated. The problem isn't with sex itself, its the lack of growth towards a better understanding.

Most understand it on a basic level, which in turn limits its potential towards something greater. That broader perspective can be found in many books but especially those on Taoist/Tantric teachings.

Books like: Semen Retention Miracle by Joseph Peterson; Cultivating Male Sexual Energy by Mantak Chia; and The Way of the Superior Man by David Deida are good reads for anyone, especially men.

The general idea, to men's sexual energy, is for them to circulate and transmute their seed, instead of keeping it on the base level. The author's do go into more detail in their books (with many techniques), but this is just to simplify and inspire change.

Semen has many nutrients including potassium, zinc, magnesium, and most importantly, testosterone. With the issues mentioned above, a lot of men can get caught in the trap of constantly losing their seed, which means a loss in energy and vital nutrients.

A big loss such as that can lead to the body being busy replenishing the seed, while it should be focusing on overall health and function. Of course with the decrease in nutrients (testosterone especially), that setback can cause a man to lose his 'masculine edge', so to speak.

For more detailed information I suggest those resources above and any you can find on the topic. Go crazy!

So where do the ladies come in?

Great question. Women represent divine femininity in symbols like water. In regards to sex, women have an abundance of sexual energy, since they're connected to source naturally. Which means there's not steep setbacks compared to men losing their energy.

That doesn't mean there aren't precautions to take of course. Mantak Chia has written a book titled Cultivating Female Sexual energy which is the counterpart towards his other book. I haven't personally read the book yet, for obvious reasons, but it's information to share with a significant other regardless.

Lastly, I'd say its important to understand the opposite sex so that we'd get a better understanding of ourselves in return. Opposites attract for a reason, and the fun part is to learn why!

More stories from Carlton Burns and writers in Humans and other communities.