by John Rudd 5 months ago in celebrities
Report Story 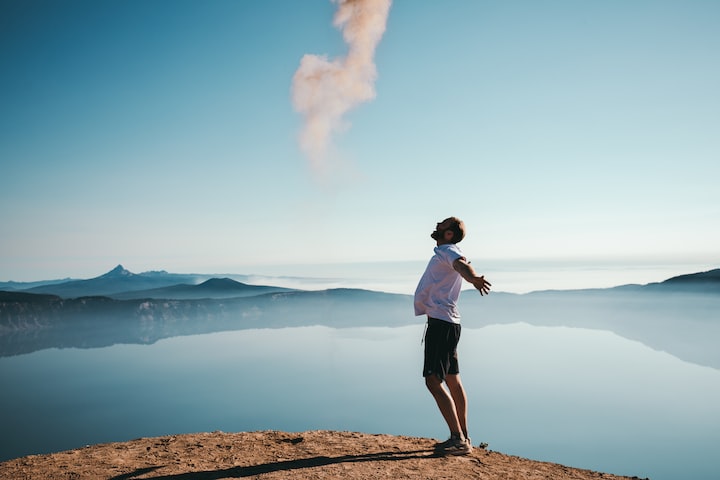 Photo by KAL VISUALS on Unsplash

Richard Gere is 70 years old! He raises a young son, adores his wife, practices Buddhism, and acts in movies. So it all starts!

When you look at the happy faces of the 70-year-old American actor Richard Gere and his 35-year-old wife, you understand that this couple is special. They are made just for each other.

Money does not bring happiness. Proof of this is the numerous novels and the failed marriages of some Hollywood stars. Real happiness can only be given by the person you love.

The story of the famous actor Richard Gere - confirms this vital truth. A woman so special to him was journalist Alejandra Silva. They got married and fell in love in the same way as on their first day of dating.

And if for the whole world, Richard Gere is a famous sex symbol, then for him, Alejandra is the only woman who changed his life and gave him the happiness to know true love.

Richard Gere is not afraid to talk about his happiness - it overwhelms him completely. At the 2019 Golden Globe Awards, he took to the stage and said just two words. They said to his wife, "I love you."

How did this dizzying romantic relationship begin?

As Richard Gere said in an interview: "It all started very simply. A mutual friend introduced us. Alejandra said to me, "Hello!" And - as if the world had collapsed. We looked at each other and in the first second, we realized that we would always be together. I've never experienced an attraction in my life. We couldn't take our eyes off each other. We looked and looked into each other's eyes - all night "

How do they manage to keep the fire of love alive?

Husbands willingly share the secret of their happiness. The main thing is to do something every day that will make your partner feel lucky. For example, every day, Richard always tells his wife how much it means to him.

"Every morning, he asks me, 'What would make you happy today?' "Says Alejandra. "Well, how can you not feel a fairy tale after these words?" And that's not all: every day my husband… composes a song for me. It's incredible! "

Richard says that there is no such force in the world that will force him to change his happiness for something else: "How can I not be happy with such a wife? I am married to the most beautiful, charming, intelligent, sensitive, cheerful, patient, able to forgive a woman! And what delicious salads she cooks! I haven't tried anything tastier in the most expensive restaurants in the world! "

The birth of a son brought them even closer. They now have two children - three, including those born in previous marriages.

Everyone who looks at Richard Gere and his wife says that they seem to live in their beautiful world. Friends and relatives who see them every day agree that spouses have changed a lot - they have become the best version of themselves. They have grown spiritually, and their love only grows stronger and brings even more joy and happiness.

And the secret of such love is very simple. Small but daily gestures that remind a loved one that she is one of the most valuable in the world. And even if you don't know how to compose songs, you can buy a beautiful bouquet and hand it to your wife at dawn.

Or in any other way, every day, to remind you how much this person means in your life. From such trifles lies happiness.

More stories from John Rudd and writers in Humans and other communities.