by Jasmine Marquez 6 months ago in dating 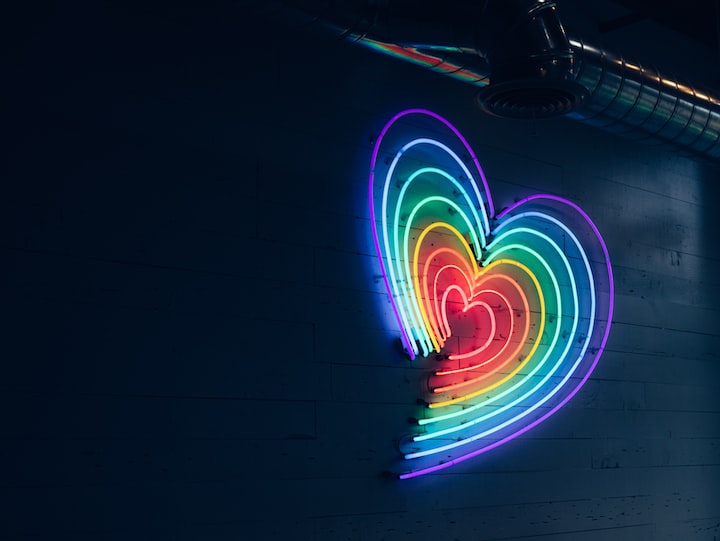 Photo by Jiroe on Unsplash

We met at Coasters Bar in downtown Sacramento late on a Saturday night. It had only been six months since my divorce finalized, and I was still apprehensive about dating. I'd seen enough episodes of Catfish to know that anyone could walk through that door claiming to be the woman I'd come to meet. Ice cubes clinked in my cocktail glass as I sipped from the edge, lubricating my social muscle. We'd gotten along online so I was hoping not to make a fool of myself in person, which for me was easier said than done. I spotted her as she wandered in from the warm spring rain looking just as nervous as I was. Her velvety brown eyes found mine and she smiled wide, exposing the dimples in her sun kissed cheeks. She walked toward me with her arms extended as if seeing an old friend for the first time in years.

"Molly?" Her voice was softer than I was expecting, but it suited the gentle demeanor she carried herself with.

"Yes," I replied, delightedly accepting her embrace, "you must be Sam."

She squeezed me lightly and said, "That's me. Do you want to get a table or sit at the bar?"

"I think a little more privacy would be nice," I told her, gesturing to the open booth on the other side of the dining room.

We wove between patrons and seated ourselves across from one another, both trying our best to get a good look at the other without ogling. There was a discomfort to meeting in real life after talking exclusively through an app for so long, almost like our two worlds had existed on different planes until this moment. Sam reached for a menu, but placed it in front of her then continued to observe me.

"You're even prettier in person," she said, and even in the dingy bar lighting I could see the rosy tint to her cheeks.

"Thank you," I stammered sheepishly, "I'm glad you showed up tonight."

"Me too. Have you ever been here before?"

I hadn't. The bar was Sam's suggestion - a public place with a decent menu, live music, and plenty of alcohol in case things went south.

"No, but I'm excited to try the food," I said, "it smells fantastic in here."

I inhaled the warm, savory air, pleased that the smell of food outweighed that of alcohol and cigarettes. The light shifted as the door to the kitchen swung on it's hinges, and I glimpsed black ink on the side of Sam's neck.

"You have a tattoo?"

Her eyebrows lifted as though she'd been caught off guard. In all of her profile pictures this portion of skin had been covered, so I thought maybe she was shy about it, and I felt guilty for asking. Sam gave an equally bashful grin and nodded.

"Yeah, I do. It's stupid, though. I got in in high school to piss off my mom." There was a hint of discomfort to her voice, but she offered to show me anyway, "do you want to see it?"

"If you're comfortable with that," I said, giving her the opportunity to back out.

She shrugged and moved her collar so I could see the outline of an angel shredding on a poorly realized guitar. Despite my best effort not to, I smirked.

"I told you it was bad," She said, "but at the time I thought I was so cool. I've been meaning to get it covered up for a while, just haven't gotten around to it."

"We all do stupid stuff as kids," I said, hoping she wasn't too worried about what I thought of the amateur ink, "besides, it gives you something to talk about on a first date."

This made her smile, which in turn sent a shockwave through my chest. I was really starting to like her. We ordered some food, and a couple glasses of wine and shared stories from our childhood, comparing how absolutely mortifying our parents had been during our formative years. I told her about the time my mom had insisted on making a speech at my eighth grade graduation, and Sam shared how hers hadn't bothered to show up at all. It might seem cliche, but I felt in that moment that we'd made a real connection, and I was glad I'd decided to come out and meet her instead of holing myself up in my room with a bottle of rose and some bon bons for another weekend. Talking to Sam was so effortless that I barely noticed the time going by. We were three glasses of merlot deep when nature called.

"I have to run to the bathroom, could you watch my things?" I asked her, trusting that she wasn't the type to steal my bag and run.

"Of course, take your time," she said sweetly, and when I stood I saw her eyes give me the one over.

I wouldn't have been opposed to taking this date to the next level, and my body seemed to agree. I got to the bathroom, and locked myself into the tight stall. I sat to pee, but was surprised and disappointed to see a cherry red stain soaked into my underwear.

"Not now," I groaned, cursing the poor timing. I wasn't supposed to start for another week and I hadn't brought any pads or tampons with me. Careful not to touch the stain I lifted the fabric to check my pants. The splotch had soaked through. My face went hot as I realized I had walked from the table with a giant spot on my butt. It was dark enough that maybe no one noticed, but how was I supposed to walk back? I was stuck in the bathroom, pants around my knees, and head cupped in my hands. I don't know how long I stayed that way, but it must have been a while, because my phone began to light up in my pocket. I fished it out and opened the message from Sam,

"You okay in there?"

"How embarrassing," I muttered to myself. I'd have to tell her what happened. She was a woman, so hopefully she'd understand.

I waited for her to respond, chewing my lip. Perhaps it was too soon to share that information.

My phone lit up in my hands and the message read, "On my way."

A few moments later the bathroom door swung open and I could see Sam's high tops on the tile outside the stall.

"You in there?" She asked softly.

"Yeah, I am." I said, too humiliated to open the door.

"Here," she passed a tampon under the stall and I took it gratefully, "I always keep extra on me just in case."

"Oh my gosh, thank you," at least I'd be able to prevent any more messes from happening, but there was still the very obvious spot on my pants to worry about. I cleaned myself up and stepped out, keeping my back to the stall.

"You good?" She asked, bending slightly to meet my eyes.

"We have a little problem," I told her, then turned so she could see for herself.

"Oof," she said sympathetically, "I've been there. Let me think a second."

I watched as the wheels turned in her head, assessing and planning. Then her eyes perked up and she smiled.

"I have an idea. You walk out in front of me and I'll cover you from the back until we get back to our table."

It was thoughtful, but didn't quite solve the problem at hand.

"I don't want us to be stuck there all night, maybe we should just go."

"Trust me, I've got this." She said, her smile brimming with a sort of goofy confidence that made me wonder what she was up to.

I didn't have much of a choice so I did as she said and walked slowly back out to the dining room with Sam at my heels, hiding my back end from the view of the other customers. We shuffled awkwardly back to the table and she stood by as I slid into my seat. Then she sat across from me with a devious look in her eye and asked,

"How much do you care about those pants?"

I thought it was an odd question, but I shrugged and replied, "They're ruined now so I guess it doesn't matter."

"Fair enough," she said, and then without missing a beat reached across the table clumsily knocking both of our wine glasses down so that merlot flooded over and spilled onto our laps.

"What are you doing?" I blurted out, bewildered.

"Oh shoot," she said, feigning shock, then stood up to show me the matching splotches on her own lap. We were both covered in red stains.A faint smile crossed my lips as I realized she had sacrificed her own clothes so I wouldn't feel as embarrassed about mine. It was simultaneously the sweetest and dumbest thing a date had ever done for me and I couldn't help but laugh. She chuckled, too, winking at me knowingly.

As we shared in our private moment of conspiratorial glee, a bus boy hustled over with a rag at the ready.

"Sorry," Sam said as politely as she could through her laughter, "I'm such a klutz sometimes."

"It's alright," the bus boy shrugged, mopping the table, "can I get you more wine?"

"Another glass would be nice," I said, and Sam nodded in agreement. Neither of us wanted the date to end, and there was a shared comfort in each others company now that we'd both made fools of ourselves. We talked a while longer, settling into an easiness that I've rarely found myself in on a first date. Then as the music began to wind down, and the bar cleared out, we finally decided to call it a night. I called a Lyft, too wine drunk to drive myself home, then we wandered out into the rain to wait. I'm sure we looked ridiculous, covered in red wine and soaking wet, but we didn't care. We kissed beneath the lamp post, the two of us in our own little world, until the car arrived and we said good night. There was no need to consummate this date tonight. We were both drunk and I had a feeling it was the first of many. As the driver pulled away I looked back at Sam and waved. Needless to say the date hadn't gone at all according to plan, yet it couldn't have been more perfect.