Prague is a beautiful, fascinating, and welcoming city

by Gina Stefan about a month ago in humanity
Report Story 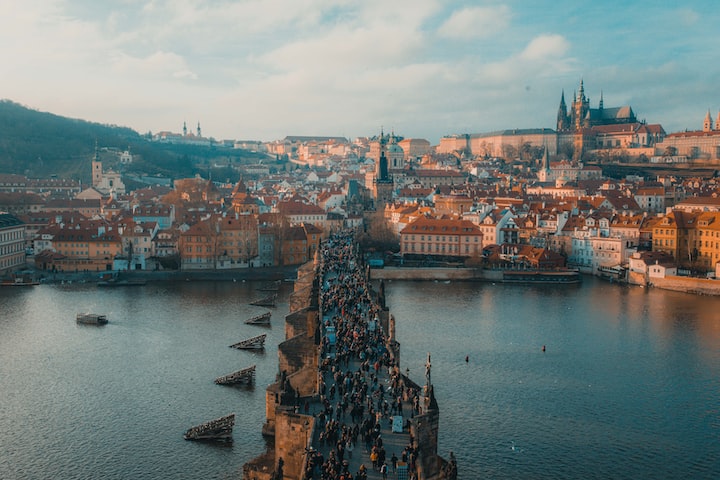 Prague is one of those European cities that's almost too good to be true — beautiful, fairy-tale architecture, vibrant culture and nightlife, and warm and friendly locals.

There's obviously a lot more to this city than what you see on the postcards, but it's the old town of Prague that everyone comes to see — narrow, cobbled streets, and a real sense of medieval history and intrigue.

This is a city where walking is the best way to really immerse yourself into the history that surrounds you, so from an accommodation perspective you want to stay as central to the old town as possible.

The entire world seems to meet beneath the huge astronomical clock that's a major feature of the town hall that dominates the main square – around which the old town of Prague revolves.

The clock is not only a stand-out landmark, but on-the-hour there's a fabulous display of the 12 apostles. If you’re feeling like some exercise then you can climb the town hall’s tower for stunning views out across the city.

One of the down-sides of Prague is that it's generally awash with tour groups all dutifully following along behind an upheld umbrella or flag. This abundance of tour groups does give the old town a slightly unreal feeling, almost like you're visiting some kind medieval theme park. This is a city that has been beautifully preserved from a by-gone period, so its popularity isn’t surprising. Try and tackle the most popular sights and attractions early in the day before the tour groups are in full swing, or towards the end of the day when the streets are all a little calmer.

Another tip is to try not to be in too much of a rush — the only way to walk down crowded narrow streets is to take it slowly, take your time and soak in the sights and experiences of the city.

One of the most fascinating aspects of Prague’s history is the story of Jewish culture within the city. You'll get more out of your visit if you do some reading before you arrive, but the Jewish cemetery gives you a glimpse into the way that the Jewish culture and community shaped the city through the centuries.

Prague’s Jewish cemetery opened in 1439 and closed in 1787. Approximately 200,000 people are buried there — it's such a small space that it has to be seen to be believed.

During World War II Prague was occupied by the Nazi forces — the cemetery was spared from destruction because Hitler apparently wanted it to form part of some sort of Jewish museum. Definitely somewhere that forces you to pause and reflect on the madness of our history.

Enjoy the pace of life

When the weather is good, there's nowhere better than sitting beside the Vitava River, relaxing with a beer as you enjoy the sun and watch the water rushing by.

The brewing of beer has a long and proud history in the region we now know as the Czech Republic – the country has the highest beer consumption per capita in the world.

It was the monasteries that began specialising in the production of beer, followed by a number of cities that were licensed to brew beer from around the 12th century.

The most common beers that you’ll find in Prague are pale, pilsner lagers – golden in colour and light in flavour.

Perhaps predictably, there’s a lot of beer festivals in the Czech Republic – Prague hosts the biggest, the Czech Beer Festival runs for 17 days each May, offering festival-goers the opportunity to taste more than 70 different brands of Czech beer.

Prague is a beautiful, fascinating, and welcoming city. The ideal destination for a quick city-break.

More stories from Gina Stefan and writers in Humans and other communities.