by bcornelius79 4 days ago in breakups 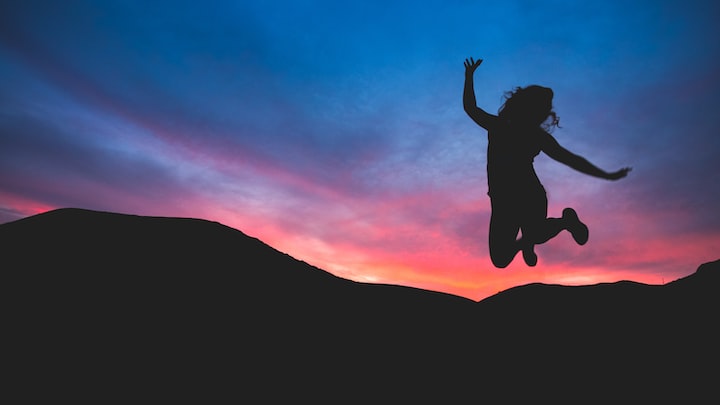 Photo by Austin Schmid on Unsplash

“And stay out!” Minnie shouted at her husband as she slammed the front door and clicked the lock into place.

It was a new lock, installed while Ed was at work, after Minnie emptied their bank account. While the locksmith worked on each exterior door, Minnie threw Ed’s cloths into two battered suitcases and tossed them onto the porch.

The locksmith was careful not to say a word.

“What?” she shouted through the door.

“I need to get the rest of my things!”

Minnie had packed all of Ed’s clothes and his toiletries, including the cologne she never could stomach. Thoughtful to a fault, she even packed his phone charger and personal laptop. After she decrypted his password and read his search history.

Jeopardizing her stability was the last straw.

“You have all your things!” she shouted back as she disabled the smart bell.

“I’m calling the police!” he screamed, and something hit door.

Minnie ignored the threat. Wouldn’t she have something to show the police when they arrived!

She poured a cup of tea and settled herself at the kitchen table with the little black book. Ed thought he was so clever, hiding it beneath his side of their queen mattress. Minnie rolled her eyes. Every pre-teen girl knew that trick, and so did every mother. A yank of the dirty sheets, and the book came tumbling to the floor, exposing Ed’s double life.

“I’m just going out with some of the guys from work! I’ll be late coming home!”

When had she last heard that? Only every Friday night for the past… year? Two years? Minnie couldn’t remember the last Friday evening the two of them spent together.

Last Friday, he was with… Minnie flipped the pages of the little black book, covered in Ed’s reckless scrawl. Destiny.

The week before that? Melody.

Destiny was his favorite, she noticed, the name appearing at least twice a month next to the date.

There was a frown next to Susan, and the name only appeared once.

Next to each name was a price, anywhere from five hundred dollars to two thousand.

Minnie added up the charges. From the beginning to the middle, where Ed’s scrawl ended, she counted over fifty thousand dollars spent on escort services.

How had she missed this?

As she flipped through the pages of the book, a small plastic card fell to the table.

“A debit card,” she mused. “What account do you belong to?”

She dialed the customer service number on the back of the card and punched in the card number. When prompted, she uttered Ed’s password – it hadn’t changed in fifteen years – and entered his pin. Ed was a creature of habit, she knew, and lazy when it came to updating security information.

“Press one to check an account balance, press two for…”

“Your balance is twenty thousand dollars and zero cents.”

Minnie gasped and pressed “end,” dropping her cell and the bank card as if they burned.

Well. Twenty thousand dollars would make up for a portion of the money Ed had siphoned from their joint account, she thought.

But how to get it?

She nearly flew upstairs to her home office and logged into her computer. Moments later, she had breached Ed’s account.

“Ed, you cheat,” she murmured, and laughed for the first time that day. There it sat, twenty thousand dollars sitting in an account that was linked to their joint account. All she had to do was move it twice.

It was done in a matter of minutes.

All while Ed was still throwing things at the front door.

See all posts by bcornelius79 →