by Stephen Phillips 2 months ago in humanity

A challenge to white people choosing complacency, including myself 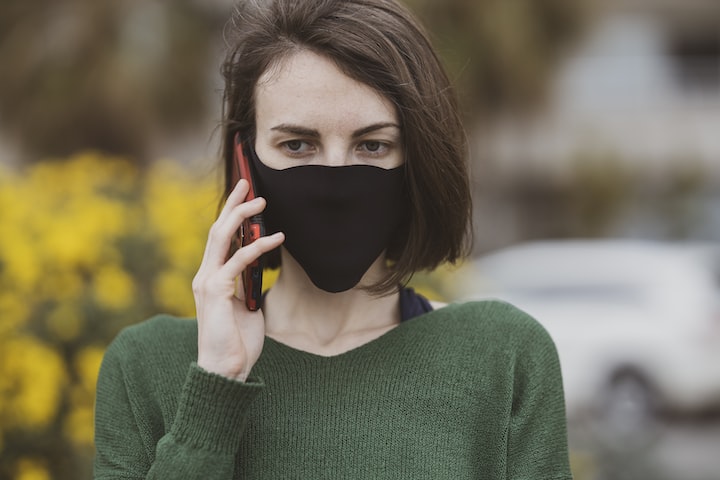 I know you’re out there. Or in there, at least. Somewhere, still safely following stay-at-home orders in your concrete apartment.

You’re up early, up late, or both. You’re listening to scattered cheers for medical workers at sundown. Looking out into the street, you’re still listening for someone playing the Star-Spangled Banner on their electric guitar at dusk.

“Are we doing this?” you wonder. “Are we up open again?” as you wander back inside. You deleted social media recently and are a bit behind. It was too much for you. You get your news from the tone of your neighbor’s voice.

You cook dinner — it’s a Freshly order. Or a Green Chef. Or a HelloFresh. You know because you researched all of them. It gave you something to do last Thursday before the weekend hit.

The interesting thing, you realized, is that you get more with some of them, more servings as it were. In some packages, you get six servings for the price of three and you feel as though you’ve hacked the system even though all you’ve done is hear “Blue Apron! Use my promo code!” every day since 2016 while attempting to avoid the grocery store.

The last ribbon of sun falls across your cluttered porch.

You let your fork clatter. You get up to make sure the door is locked.

Slowly, like a puppy searching for its mother, you curl up on the couch. The bed can wait ‘till later. You’ll sleep better if you spend some time away from it in the flickering, streaming rays of television.

You pick up your copy of Richard Ford’s Wildlife. The one about the forest fires. You switch to a book about the spiritualism you’ve been meaning to read for over a decade.

Minutes later, having lost your place several times, you let the books fall to the floor on top of a pile of magazines. The Economist. Wine Spectator. The foundation of the pile is a Rolling Stone issue from 2012 with Kendrick Lamar on the cover. Back then, he was just breaking out, you remember. He was coming out of Compton and toward history. Seeing his face reminds you of what you’ve heard your friends are talking about on social media.

Seeing him reminds you of the protests. Of the violence. Of the dozens of murders and of the movement which shouldn’t be a movement had we got it right over four hundred years ago.

And then you feel silly, embarrassed even. In truth, you don’t know how to feel. We didn’t plug the holes in the ship and now it’s sinking. You’re a tired, well-meaning man floating in whiteness while the world catches fire.

You stand up and, instead of whiskey, brew yourself a cup of tea. The kettle rattles and you see George Floyd.

You see Ahmaud Aubrey and countless others in the cast iron. They’re Youtube clips now. You can’t remember all their names.

When you sit back down, you’re proud of what you’ve done. Of not drinking, that is. Now is the time to sober up.

As your hand shakes and the tea spills, you’re proud of your awareness, of your judgement, of your ability to tell right from wrong. It’s the same awareness, the same eye for detail, the same pride of country, systems, and the people running them that has kept you thriving all these years. Most acutely, during your lifetime. Most recently during the pandemic of the century.

“I can’t wait for things to be normal again,” you say as you place the cup down and wait for your Netflix queue to load.

Only you don’t say it, you blink it. Hours later, you crawl off the couch while sirens sound amid a chorus of quiet screams.

In the morning, you feel better. The sleeping pills did God’s work and you know that you can focus.

And those podcasts? They’re locked and loaded. You step back onto the porch and feel the chill against your patchwork skin.

Only this time, in the light of day, there are no sirens. There is no music. That will come later after you’ve put in an afternoon of online shopping.

You walk down your porch and toward your mailbox. You wave hello to your neighbor, the one whose face doubles as your societal barometer on a quiet street.

She’s happy and masked. She’s flustered and out of sorts. She has ideas brewing, percolating, just like you do, but they’ve been beaten out of her through yoga, matcha lattes and isolation, a different kind of virus.

“How are you?” she asks, her words hanging like chloroform. “Did you hear that coffee shops are open? I think I might go check it out.”

“Really? That’s awesome.” you reply and remember the staccato of your 3 a.m. dream. In it, you were given a life preserver because of the color of your skin. The rest is fiery, muddled, uncomfortable. It’s confusing, but you made it to shore.

You made it back safely while others were sinking. Crying out, you presided over oceans of unkept pain. Separated, you couldn’t tell who was hurting, who was suffocating, who was dying a death you’ve never known. You couldn’t see them. And in your blindness, you survived.

Survived to fight today’s battle. One that is inescapable. Something you know about now due to science and the CDC.

Still you’re happy for her, and your neighborhood and your block. You’re hopeful for yourself and future travel and think about re-activating your Twitter account.

It’s time to wash your hands again. You’re just happy that everyone is doing their best.