by Stephy Ellsworth 20 days ago in love 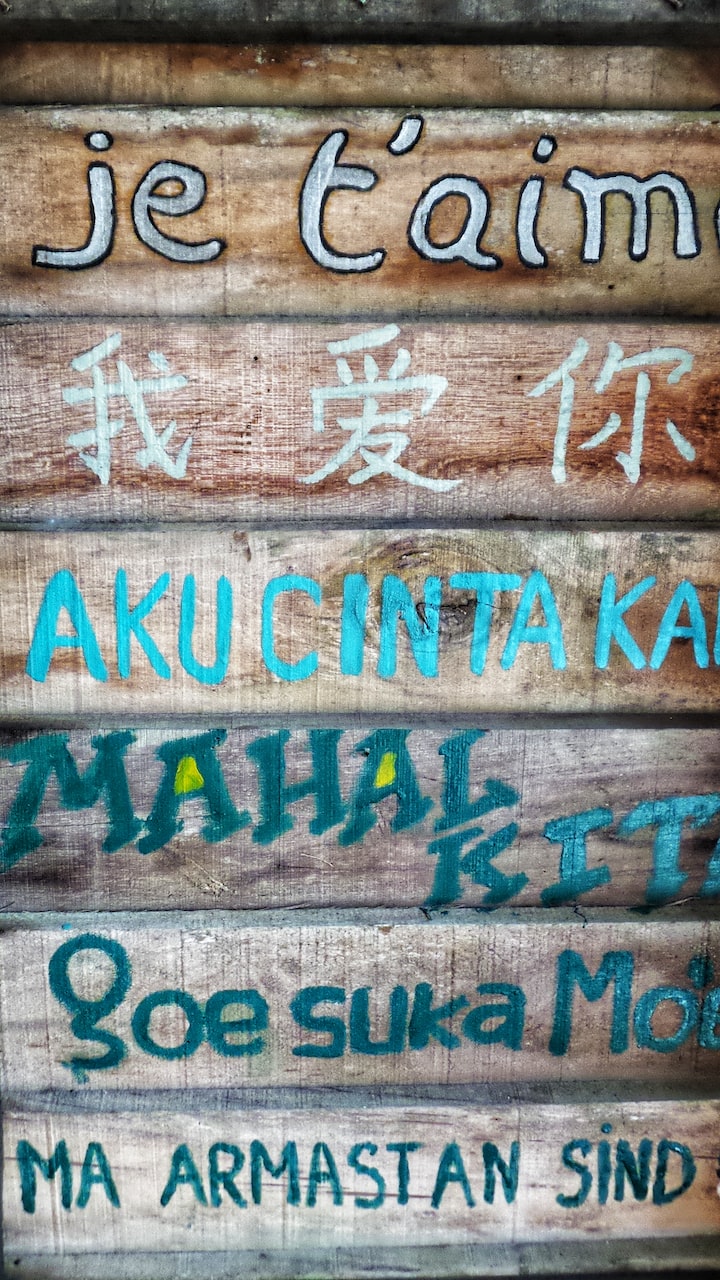 Photo by Hannah Wright on Unsplash

Did you know love had a language? I had no idea it spoke anything other than butterflies in the stomach, flutters in the heart, & sometimes tears in the eyes. Turns out, love has multiple languages, & just like others—it has to be learned because everyone speaks it differently.

My husband & I had to first learn each other’s definition of love—what it looked like, what it felt like, & what it sounded like. Our first step to loving was learning. We had to patiently teach each other how to love one another based on a definition we created between the two of us. Thankfully, we were both willing to learn a language were had never spoken before.

So, how the heck do you find out your love language?

*If you are unsure of your love language, take this quiz to find out.*

Award winning author, Gary Chapman, is recognized as the one who coined the term love language in his book published in 1992. Basically, the term describes how individuals express & receive love from their partner while in a relationship.

The term has since then taken off & has found its place in relationships. His award winning book, “The Five Love Languages,” has fallen in the hands of couples who wish to advance & nourish their relationship.

In Chapman’s book, he speaks about the five ways to express your love to your significant other:

At one point, my love language was physical touch. I grew up in an affectionate home. Hugs & kisses were of the norm. Love was spoken, but it was also shown. So, naturally, physical touch was the primary way I was taught to “prove” or display my love.

As I grew into intimate relationships, I loved to cuddle, hold hands, be kissed, back rubs, facial touches, etc. However, abusive relationships abruptly halted that. I hated to be near men & touching them made me sick to my stomach. Their very being made the hairs on the back of my neck stand up. Just that quickly & without warning, my native language, & the language I once loved so much was unfairly snatched away from me.

My gentle & affectionate husband has eased me into it once again & reminded me why I always loved physical touch so much. The lightness of his touch & the love in his fingertips taught me the language all over again.

Money talks! Maybe it does, but it doesn’t speak my language. So, it ain’t talking to me.

Most women would swoon over gifts. Personally, I never cared much for the love language of gifts because I always had to “pay” for them. When I say pay, I mean it cost me my peace. I paid with tears, accepting abuse, questioning my self esteem, & isolation. Personally, this love language costs me too much.

Let’s just say, gifts aren’t my love language. But for some, it works. Don’t get me wrong, gifts given are accepted & appreciated now because my husband had to gently train me. I guess that makes me something like Pavlov’s dogs. But, it’s still not my primary preference.

﻿My husband’s language is physical touch while mine is quality time. These were apparent to us long before we took the quiz because we make it a habit to intentionally pay meticulous attention to one another.

Quality time was runner up for him. Perhaps, this was 2nd because he’s an over the road trucker & values his home time. We take advantage of these moments because they don’t seem to occur as often as we want. Words of affirmation was a close second for me. More than likely because of the amount of verbal abuse I suffered in a past relationship & marriage. Hearing positive words & having reassurance is important to me now whereas initially, it didn’t matter as much.

It seems almost as if the love language that’s attached to us is chosen subconsciously to make up for what we feel we lack, but always desired.

Words of affirmation compensate for someone who’s lived through verbal abuse.

Gifts compensate for individuals who have endured financial strain or monetary burdens.

Quality time compensates for individuals that are overextended & cannot enjoy the small moments in life.

Acts of service compensates for individuals who once had to “do it all” themselves.

Experiences in life & love change your language or at least, it teaches you how to speak a different language. I think I’m trilingual by now.

Before the discovery or recognization of love langauges, there didn’t seem to be a wrong answer. Honestly, according to Steph, there’s still no wrong answer.

Maybe, your “love language” isn’t listed because it’s not a “politically” correct one. By politically correct, I mean it’s not one of Chapman’s listed languages.

I’ve heard an individual say that food was her love language. As silly as it sounds, she identified that she feels the most loved when she’s being fed. Maybe, it’s because she wasn’t able to eat the finer meals before. If I had to place this under the umbrella of languages, I would say this is an act of service. Right?

Another woman said napping together which is quality time.

For a while, I thought sarcasm was my love language because I speak it so fluently. This statement made me chuckle.

For my husband & I, our love language became a vocabulary & lingo we invented between the two of us. Of course, this could be a direct correlation with quality time because that’s how we developed our vocabulary. We have a love language as individuals, but also as a couple.

There are many ways to say these 3 words without actually saying these words. They most important factor I had to learn was that everyone doesn’t express their love in the same way.

Your mate may not say “I love you” exactly the way you may want to hear it, but listen for it in other ways.

Maybe they said one of these things:

These are words of love, words of concern. Don’t rush to dismiss these simple thoughts, words, or gestures (opening the door, pulling out the chair, a soft gentle caress, etc).

This may be the way your significant other says “I love you.”

Maybe, their actions & gestures are their form of love.

So, at the end of the day you both can say…

“Everyone has a story, I just decided to write mine.” -Steph 💋✍🏽

Read next: How I Realized My Crush On a Grocery Clerk Really Meant All I Wanted Was To Love Myself