No Room For Manipulation

by Olivia D. Knight 2 years ago in humanity

How I Failed Myself

From the start, I realized it was my own fault. I am far too trusting, despite the abuse I have survived through, and I wonder why I did not see this coming. It was in desperation that this decision had been made, and currently, I do not see a way out of my situation.

It started when my cousin beat me up and threw me out because I spoke out about her fist-fighting her own mother.

It continued when our uncle, who can afford to buy a brand new Range Rover in cash and had a spare bedroom, chose to let me stay in what was effectively a shed, with no running water or electricity or heat.

It has now come to a culmination when I, against my better wishes, am now living with a roommate who everyone has confirmed is abusive towards me and my boyfriend.

What is funny is that I thought we were on pretty good terms.

When I was more or less forced to sign this lease by my uncle, he told me immediately that I need a roommate if I were to be able to afford it. He continued to scold me for having that "fight" with my cousin and how he wished I hadn't started anything. He didn't let it go for several months, actually.

Fact of the matter is that even though my cousin's mother had agreed to let me stay with them, my cousin, father, and half-sister plotted against me, and next thing I knew I was being shipped to my father's home. Except when I arrived there he was nowhere to be found, my cousin had finally gotten rid of me, and my half sister was excited to see me, but my stepmother was NOT. She had no idea these three people had planned this without even telling her, and I didn't have her number so I couldn't have even confirmed that I was arriving.

She and I had been caught in the middle of a ridiculous plot. She allowed me to stay for one night and then drove me back to my cousin's house. My father barely showed up, if at all, to even see her and my half-sisters, and when he did he neither provided food or money to his own children. At the time of her telling me this, they were in the middle of a divorce, so it would be understandable not to see him.

But why he would help plan to finally see me again was beyond my understanding.

My stepmother spoke with my aunt and she said it was perfectly fine for me to stay. After all, compared to my cousin, I actually cleaned the place and spoke to her respectfully. Her own daughter, when irate, would scream at her mother and call her a puta just because she wanted the credit card to buy frivolous items.

It made no sense to me. If I had done any of that, even if I said "no, I don't want to," I would be hit or screamed at for being "insolent." It unsettled me greatly, and I honestly was horrified by my cousin on the daily.

And, as expected, my cousin was unhappy to see me. Like my uncle advised, I did not start any conflict. However, as much as I tried not to argue with her, she started yelling at me, threatening to hurt me, and telling me to leave. Not soon after, I was assaulted, and I made my prompt exit, running out into the cold with just my pajamas and a suitcase. 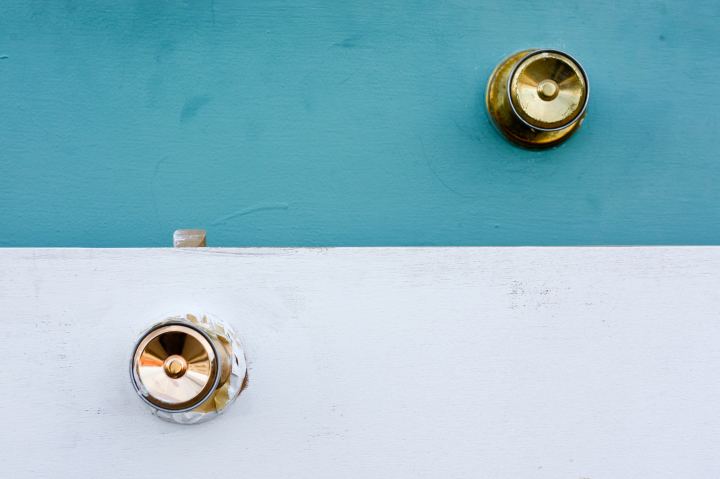 I thought, when I finally moved into my own apartment, that things would be looking up. But instead, there just seemed to be more problems.

My roommate refused to respect my things.

I saw him once cooking in my pan with a knife. I told him kindly it would scratch off the nonstick and only use wooden utensils. He ignored me more than twice after that and my pot ended up ruined.

He also kept leaving my oven mitts on the stove and I was always afraid there would be a fire. I kept moving them off of the stove, but eventually one day I saw that they were both charred and melted. How he didn't burn down our place was a mystery.

He took up so much space with his things in the bathroom and never cleaned up after himself. He left toothpaste splatter on the mirrors and took up two out of the three mirrors in the bathroom. I once left the splatter for so long to see how long it would take for him to clean it, and it turns out he never would. It just kept getting dirtier and dirtier and I had to do it myself.

He would eat my food and pretend he didn't. I don't eat very often, and some weeks I would just go without anything at home because I was limiting my calories because I have a very serious problem with food. However, I noticed that my carton of eggs was always emptying in about three days. I did an experiment and bought two cartons and put them on different shelves. By the end of the week they were mostly empty. Mine had two eggs left, and I hadn't eaten a single one.

Needless to say when I did finally speak to him about it, he denied everything: borrowing my things without permission, breaking things and not telling me, never even once buying toilet paper or paper towels and just using up the ones I bought, the list was endless.

And me? I would leave my depression nest of a room only to clean and maybe nibble on something to stop the headaches.

When my boyfriend finally moved in, he was disgusted by the lack of hygiene this guy had as well of lack of respect for my property. It all came to a head when he asked my boyfriend if he could borrow his headphones, my boyfriend clearly said "No" and when we left this person went into our room and took them anyway.

I was livid, my boyfriend was distraught, and I politely warned him never to do that again. I put locks on my bedroom door that were extra secure after that.

However, he did it again. And that's when I made a firm, but still very polite text, telling him that I already told him about this issue and to stop immediately.

I was on my way to work at the time, and what happened next was appalling.

After I sent the text, our roommate went to banging on our bedroom door, screaming and cussing. He called my boyfriend a "little bitch" and some racial epithets that I will not repeat. After this he sent me a text instructing me to kill myself and that he would be moving out immediately.

He was still hostile when I went home, and I told him to leave.

Three months later, he is still here. He refuses to pay rent or utilities.

I am at my breaking point, and honestly I never thought I would be here. About a month ago, in February, while both I and my boyfriend were at work, he locked himself out. Instead of texting me he messaged me on Facebook. However, he had unfriended me after cussing me out, and I did not get any of those messages.

He messaged my boyfriend to tell him that he was calling the police.

I left work and by the time I had gotten there the door was broken into, and the lock was destroyed. I called the non emergency number and tried to get some help, and the woman on the phone said she wanted to send an officer to get a statement. The officer did neither, only said that he seemed to be a good guy. Apparently he claimed that we had locked him out, and that's the only reason the police stood by and let him break it down.

I now, still currently have a door and lock that does not work. He claimed he was going to fix it but, a month later and it still isn't.

I don't have enough money to buy a new door, and I am constantly afraid of being robbed.

He sits in his room and laughs to his friends and lives here rent free.

He sits in his room and lives here, even though he is not on the lease.

I cannot go to the landlord, or else I will be evicted.

I have done this to myself, and I hate that I cannot escape.

I'm a Blasian Enby who has a passion for writing. I value hard work and people's personal experiences above all. I enjoy lots of nerdy media, and I love to draw in my spare time. I do a lot of fan art, make silly comics, and I am a Barista.