No one tells you, you can quit your job

by Matthew Grantham 3 months ago in advice
Report Story 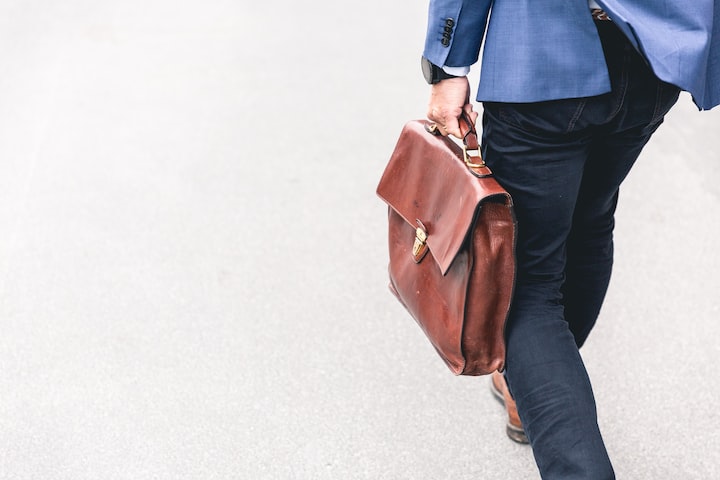 Photo by Marten Bjork on Unsplash

Quitting my old job was the best thing I’ve done in my most recent years of being an adult.

We are conditioned when we are younger that jobs are for life and sacrifice is necessary. It’s not.

When I first told my mum I handed my notice in she was audibly upset, I could tell she had a frown on her face when she said ‘oh no, I’m sorry’. She didn’t realise that I was smiling when I said ‘I’ve handed my notice in!’. She was worried about me not having a job and not being able to pay the bills etc, even though I did tell her I was leaving for another job, and I wouldn’t be jobless and it’s a good thing that I was leaving. During my notice period she continued to be worried and I was actually offended by this as it’s like she doesn’t believe I can take hold of my life and I will still be able to pay the bills and be happy in a new job?

Change is scary but if you have control over that change, change can also bring happiness.

When I started my previous job, I went into it wanting it to be my forever job. That’s the dream for some of us I feel, as in school we’re conditioned and groomed into a certain, rigid, idea that jobs are the most important thing (which in most cases they are but there are limits) and our only goal should be to achieve our forever career. You can do that by going to college, going to university and getting that degree and then getting a job in that sector and stay there until you retire. That works for some people but I would say about 80% of people I know work jobs that they did not get their degree in and have near to zero relevance to what they spent 3+ years doing and however many thousands of pounds on which their job, which is unrelated to their degree, will help pay off over many years.

A job is important but, in my opinion that as important as your mental health and you can quit your job whenever you want.

You do not have to stay in any job.

This is a lesson I didn’t learn at school. I thought I have to persevere and get through the bad times to get to the good, I thought I had to try my absolute hardest and to accept my levels of stress and depression and accept the bad to have that balanced good. What is the good in doing something that negatively affects your mental health? There is no good in that, only bad. I suffered (yes, you can suffer for doing what you think is right. Know that!) for a good 2 years before I even did anything about it. Everyone will have their own limits and factors that can cause things to be bad and some people can hold more bad than others and so it’s all individual but if you wake up in the morning, not wanting to go to work and the thought of it makes you go to dark place, leave. Quit that damn job. Well, first start looking elsewhere.

When it comes to change, naturally we think of the negative aspects of that change first. That’s okay as long as you understand the positive side as well before you make a decision on that change. There is something called the ‘circle of concern’ and ‘circle of influence’ (COC and COI for short) and this is what you need to think of when there is change in your life, whether expected or not.

Within the circle of concern, you’ve got things that you can’t control but you’re concerned about. For example, the world news is a big one, the wars going on right now and the crimes happening maybe within your own country. It’s even things like your train being cancelled or delayed or them not having a certain burger you wanted in a restaurant. These things might make you angry or upset or worried but you can’t control them, they are out of your control. If you put too much effort, time and power into these things you will get nothing out of it apart from more negative feelings and only you are going to lose out, no one else. What you need to do is being aware of these concerning areas, but be aware you can’t change them so focus more on what you can change and that is focusing more on your circle of influence.

Adding more time and effort and power to your COI means you will reduce your COC and increase opportunities and positive thoughts and feelings. For example, if your train has been cancelled – that’s annoying – but what that means is that you can get an earlier train, making you reach your destination earlier, meaning you will arrive at the hotel earlier and get a better night sleep possibly. Focusing on the good side change will help you accept it quicker, reducing the time you’re in a bad mood because of it.

This isn’t easy as there may be changes we just can’t or won’t accept and I think naturally there is some enjoyment in being annoyed as it’s a like ‘I told you so’ moment thinking that everything and everyone in life is out to get us and ‘woe is me’ but focusing on the possibilities change gives you, gives you hope and enjoyment can be had there too. I’m also not saying to have a PMA all the time (positive mental attitude) because too much good can also be bad but there is a good and bad side to everything and you can focus on the bad if you want to, as long as you give some time to the good side too #balance.

I took control of my life and it feels fantastic. I wasn’t happy in my job, I daresay I was depressed for a while, and so rather than moaning about it and accepting it every day, I did something about it. I went out to look for jobs and found a couple of good ones to apply for. I made time to go for interviews and I finally got a job that I wanted to do – something entirely different to what I was doing before – but something exciting and new and fresh and something I didn’t know I wanted to do until I saw it as an option.

I’m now doing that job. I’m fairly new to it so I can’t say if it’s my forever job right now but I hope it is. I feel happy for the first time in a long time and it feels strange. It feels strange to wake up and want to start the day, to want to go to work and learn something I’ve never done before and be tested on it. It feels strange to have energy, to want to speak to friends and go out shopping, or to eat out or want to exercise! I really feel like I’ve gotten my life back and I didn’t realise the weight of my unhappiness until I left my job and I look back thinking how did I not know it was as bad as it was?

Your job isn’t your life. You’ve got to have a balance and that balance is going to change over time and so if you’re leaning towards being unhappy at work, know that you can do something about it. You’ve got the power to control change in your life for the better and I employ you to do so as it’s liberating to know you’ve got that control – something that’s natural for us humans and something often negatively spoken of because people want control over things they might not need control over – but having control over your own life and what you do is so important and something you shouldn’t feel bad for taking a hold of. Go do it.

More stories from Matthew Grantham and writers in Humans and other communities.