Neocolonialism and the Demonization of China

by Rishi Rathi 9 months ago in humanity
Report Story

The US withdrawal from Afghanistan, the Olympics and the Chinese crackdown on it's tech billionaires, all have one thing in common - they are all a part of a larger scheme aimed at demonizing states thriving through people-centric socialist policies in order to shift attention from the failures of free market economies. 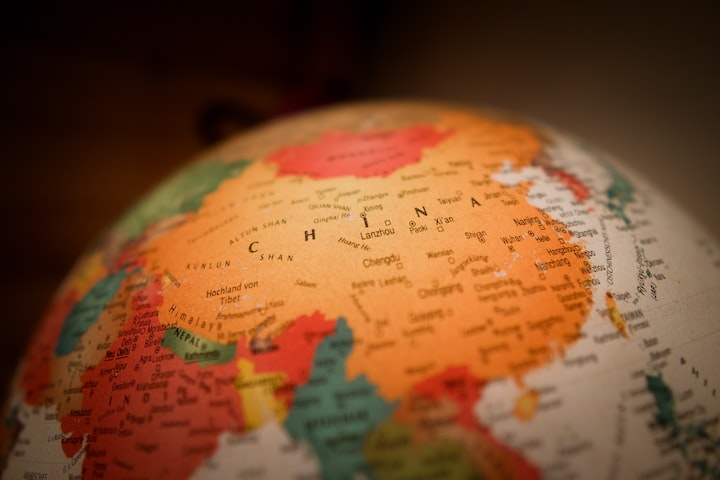 Photo by Christian Lue on Unsplash

Reading the newspaper is as integral a part of my morning routine as brushing my teeth or sipping bournvita. And it has been so for a very long time. My yearning for geopolitics makes me skim through the regional and national news pieces and skip to the International News leaf, cuz that's where all the tea is :) This routine started at a time when I wouldn't question a news article as much as I would try to assimilate it and take it for what it is. I trusted my news source to provide me with a fair, unbiased reporting/perspective on all the affairs. Much later, when I started questioning things that were almost like a given, among other things, I realized how the News continues to remain a colonial instrument even in modern days.

To offer some perspective, you don't have to go too far. Almost every news source that you might have come across in recent weeks, following the Taliban's 'takeover' of Afghanistan, refused to acknowledge that the US and its Allies were defeated. As much as the media wants you to believe that the 'Forces chose to withdraw', the fact remains that there was little choice in the said matter. The desperate attempt to save face in wake of a hastened, unplanned and absolutely chaotic 'withdrawal' comes through glorifying American soldiers and circulating images of these soldiers playing around with Afghan babies. The 7 children who lost their lives in drone strikes following the Kabul Airport blast got little media coverage - 'collateral damage' is the word they use. Moreover, the American role in creating and strengthening the Taliban hardly gets a mention. But the most notable development was the media reporting on how China might now enter Afghanistan to exploit its mineral reserves. The American role in destabilizing the country, the Taliban's failure to deliver on its human rights promises, the collective failure of the Middle Eastern states (most of which are American allies), all aside but the focus on how China might step in to fill up a power vacuum suddenly becomes the most crucial topic of discussion.

This is problematic on multiple levels. First, the issue of accountability for the lives lost in Afghanistan and the imminent humanitarian crisis is no longer being discussed. Second, at a time when real lives are under threat, the apathy of the media towards civilians and the focus on mineral reserves and who gets the money is dehumanizing, to say the least. But the most important thing to note here is how the western media has turned the crisis into an opportunity to malign China and continue its decades-long propaganda to demonize the state. Seriously, if I had a dollar for every time I read a news article that puts China in a bad light, I would have been a billionaire by now, funding American politicians to launch coups in foreign countries and kill the environment!

Now, I am not a communist and I do not stand for every policy that Xi Jinping dictates. But I can't help but notice how terrified the west is of Chinese policies that are actually bridging the wealth gap, promoting healthy market competition, protecting people's privacy (yes, you heard that right), and benefiting developing countries through infrastructure projects without throwing them into civil wars. This by no means compensates for the human rights violations that are rampant in China but to view everything that's distantly anti-capitalist and anti-free market principles (which, for generations have damaged communities and the environment) is plain stupid.

Let's take, for instance, 'the Chinese crackdown on tech billionaires and private education' - I've lost count of how many times such articles have come up in my social media feeds. For an average human who does tens of chores a day and bases their opinions on the headlines they come across, this title helps fixate the China-is-bad narrative. It's a 'crackdown' after all, that's gotta mean something bad right? Well, not quite. The string of regulatory interventions by the Chinese state on the country's tech ecosystem is actually a well-thought-out move to create more accountability and enhance market competition in the long term. The existence of monopolies and duopolies with loads of consumer data, like in the west, has proven to be detrimental for small and emerging businesses and tech innovations. This has been accomplished by fining companies for antitrust failings, suspending the Ant Group company's much-anticipated listing, blocking a key merger for Tencent Holdings Ltd., among several other steps. On the private education front too, China has taken some severe steps. The $120 Billion private education industry is now facing serious regulations, such as requiring tutoring and education services firms to convert to nonprofit status and banning core curriculum tutoring on weekdays and holidays. This is aimed at bridging the education inequality in the country and making quality education more affordable for parents and less stressful for students.

Amidst all this, the media's focus has solely been on the money lost by (primarily western) investors due to this wave of regulations from the Chinese authorities. The Chinese companies have lost billions in value following the 'crackdown' and their investors are certainly not happy about it. Now investor and market sentiment is surely important and must be reported on, but prioritizing to mourn the economic losses of wall street investors that have been incurred due to welfare policies in other countries is just unethical journalism. What's worse is that these media bodies are outsiders who report on issues in the global south through a purely monetary lens. The policies of sovereign states are evaluated based on how much the west gets to exploit instead of how they affect those states' citizens.

The media has played a big role in painting a rosy picture of capitalism. Innovation, competition, quality, and such attributes have long sustained free-market enterprise but the rise of Big Tech, among other offsprings of the free market, is coming back to bite their very defenders. We have all heard of how the Chinese propaganda machine demonizes the West to prevent civilian uprisings but perhaps, it's time to check our own media sources. Maybe we all are a part of the Western propaganda machine that’s bent upon sustaining capitalism and favoring the wealth disparity.

Musing over sustainability and impact and ways to make the world better than we inherited. I'm learning while I write and I want your opinions on my stories.

More stories from Rishi Rathi and writers in Humans and other communities.