by Amethyst Champagne 2 months ago in humanity

And Why it's Only Quasi 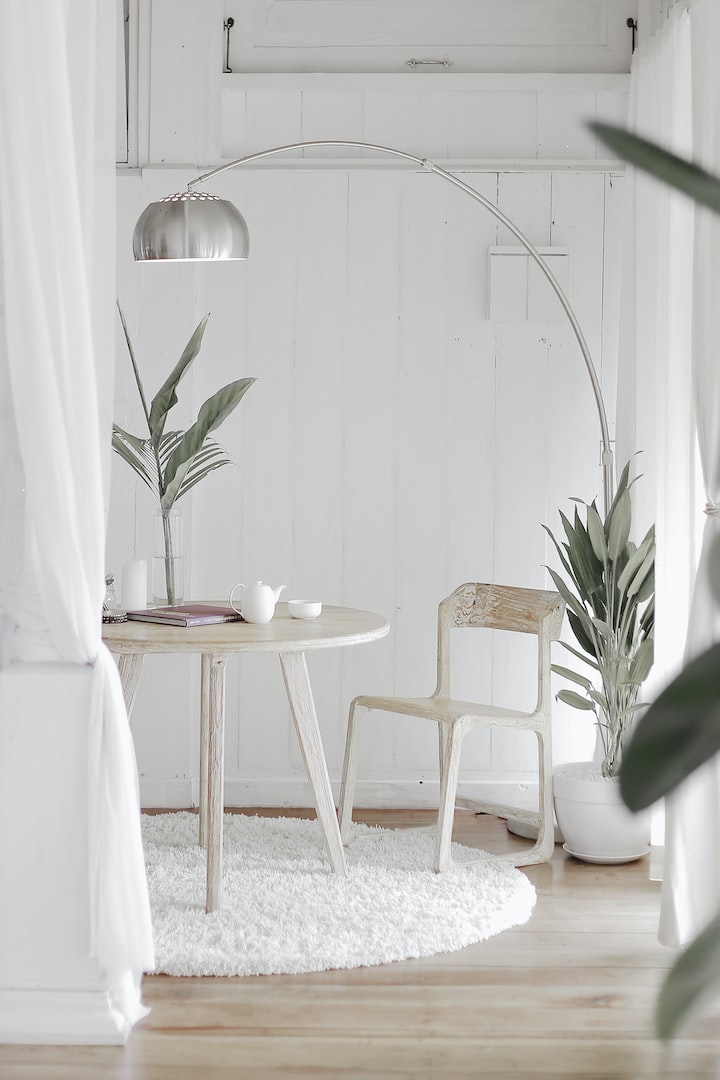 Photo by Hutomo Abrianto on Unsplash

Sometimes, stuff can become overwhelming. And I'm not talking about mental or emotional baggage either, although the pandemic has made us deal with that too.

I mean actual clutter, items we don't use that are taking up space, and those possessions we can't make ourselves get rid of because of the potential backlash that may be received.

And before 2020, many of us didn't really notice just how much stuff we owned until we were forced to stay in our homes all day, every day for at least two weeks.

It was like that for me, although not at first. Not for a while. In fact, I didn't start to truly feel overwhelmed by my belongings until about a month or two ago. Long time, I know.

But we live in a single-wide mobile home, and we tend to be homebodies, which makes us more used to the number of items we own.

It wasn't until I started reading articles about minimalism and learning how to get go of certain possessions and going through my grandma's hoards of crap that I realized they had a point.

I didn't even know how much stuff was in my room. And it's smaller than most walk-in closets these days.

So, I began to dig out anything I could find since I'm a bit of a packrat and like to shove things into whatever hole I can find and audit all of my possessions.

It made me sigh and shake my head.

I mean, what was I thinking with some of this stuff? I had random papers, pens, rocks, fake dollar bills, pieces to toys, plenty of old electronics I don't use anymore, journals filled with words.

And at first, it felt like I was never going to get out from under it. Everywhere I looked, more things appeared. But, I slowed things down in my head and decided to take it one box or drawer at a time.

It did help that I finally got a desk in our tiny office where I can write and work without taking up the kitchen table for several hours. So I was able to move some of my books and computer-related items to store in my desk.

And for those of you who don't know what a shadow box is, it's basically a time capsule for specific events or phases of your life that you want to keep together.

Now, I couldn't get rid of a lot of things in my room because they were either potential heirlooms or I wasn't the owner, which was fine, although I'm not a big fan of most of my knick-knacks. They just don't reflect my personality.

So, I chose to either sell, donate, or throw away/recycle these things, depending on the condition of the item. After all, it'd been years since I'd gone through anything other than my clothes, which is another story altogether.

Donating or tossing them is the easy part. We have plenty of trash cans, and our Value Village takes just about anything.

Trying to sell items on Mercari is harder than the commercials make it seem. First, you are in constant competition with other people who are selling similar stuff. And you have to keep from pricing yourself out of a buyer.

Not to mention many don't respond to your replies after they've messaged you about an item. And the one thing I did manage to sell, the person changed their mind right after I had accepted their offer.

So yeah, that was an annoying tease if I ever knew one.

I do worry that my parents might be upset about some of the things I'm letting go of, though. My mom thinks I need to hold on to certain items for my future children.

And while I do understand her reasoning and have some possessions I want to gift to them, I have no emotional attachment to many of these things.

So why pass them on to the next generation if they mean nothing to me?

Besides, I think pictures are a far better way to show them who I was as a child. Both the good and the cringe-worthy, haha. I like seeing how my family used to be, after all.

But from now on, I am going to start evaluating each possible purchase to see if it will add to my life. And if it doesn't bring me either peace, pleasure, and/or purpose, I'm not getting it.

However, since I'm keeping plenty of items for the time being, anyway, I can't really call myself a minimalist, but I'm thriving to be one eventually.

Thank you for the read! Likes, tips, shares, subscriptions, and pledges are always cherished.