my longing for an era i have no connection with

by Sprat 2 years ago in humanity
Report Story

An entry in which I discuss how I feel about a video from the '80s that YouTube recommended to me. 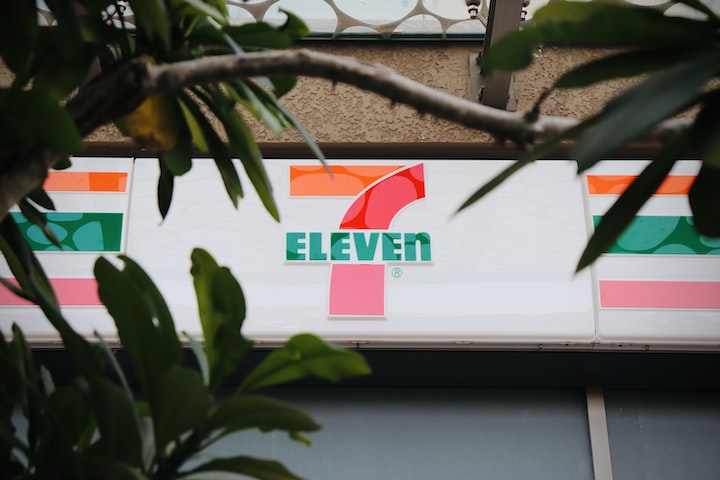 Photo by Duy Nguyen on Unsplash

I've been down the YouTube hole several different times. I know what 'weird YouTube' is. That's something I don't have to get into too much detail about. Nobody really knows why YouTube wants you to watch certain videos.

I want to talk about the video below. This video was posted by Chris Iller in 2007, and I only saw it fairly recently.

It's simple - a bunch of guys go to 7-11in 1987 after a day at Disney. They then start recording their encounters with the workers and strangers that walk into the store. This was before the internet, way before YouTube itself. I won't spoil to much (not that there is much to spoil anyway) and give you a chance to watch it for yourself.

A question pops into my mind: "is it possible to be nostalgic for something you haven't even lived through?" I was born well after this moment in time. I wasn't even a thought yet.

Dictionary of Obscure Sorrows is a YouTube channel that I used to frequent a lot. They haven't posted a video in two years. When I found the video above late at night, I thought of this:

"Looking at old photos, it's hard not to feel a kind of wanderlust—a pang of nostalgia for times you've never experienced. The desire to wade into the blurred-edge sepia haze that hangs in the air between people who leer stoically into this dusty and dangerous future, whose battered shoes are anchors locked fast in the fantasy that none of it risks turning out any other way but the way it happened."

I'm an old soul. Yes, I am aware that a lot of people feel that they are. People feel like they were 'born in the wrong generation.'

I have a strange desire to connect with this video from the '80s. I want to be there, want to experience that exact moment in time.

I want to be one of the people that walk in and are interviewed by a bunch of strangers about what I am purchasing so late at night. In a way, it bothers me that I was not. That's a silly thought.

It was a bit simpler before the internet. When video-taping something really was just for a memory, and not a display to the world in an attempt to see if others would be interested in your life. In a time not so long ago, that wasn't even a thought.

Would anybody bother with a video like this from today? How many views would it get, if any?

Something that only serves as a memory, a glimpse back in time. We have so many videos, films, and TV shows from this era - yet it feels like we don't have enough. Somehow it seems like something I miss, and I think that is where my feeling of 'anemoia' comes from.

I was not there, and I never will be - but I feel as if I am missing out on something because of it.

What would it be like if I was there?

Who would I be, what would I do for a living, would I show up at convenience stores late at night just for the heck of it?

If you read through what my crazy mind just came up with, Chris posted on his blog about this night in which he goes into some more detail. Him and a friend from the original video actually go back to the same 7-11 years later. However, there's something so magical about this video from the '80s that puts the recent visit to shame.

Welcome to my journal. There's a bit of everything here. Trying to focus on the good.

More stories from Sprat and writers in Humans and other communities.