My Husband Confessed 4 Simple Words That Transformed Everything

by Michelle Brown 3 months ago in marriage
Report Story

It was as simple as that. 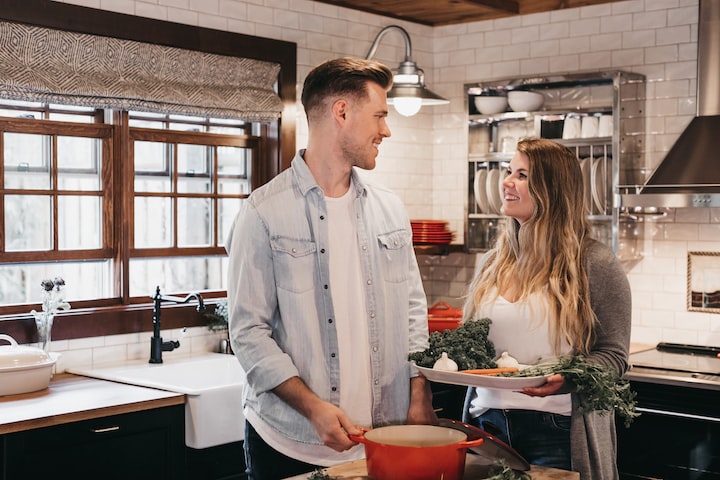 Long-term relationships and marriages can feel like a never-ending maze full of quandaries, successes, and setbacks all at the same time. Just when you think you’ve conquered one relationship hurdle — another one pops up.

My husband and I have been wading through this long and redundant battle of never having enough time or energy to really focus our attention on one another because we barely even get enough time to ourselves.

I’ve written about the struggles and the resolutions. I’ve expressed my frustrations over our challenges and my hopes for the future of our partnership.

Recently, we hit a major crossroads — a point where we had to decide if there was a path we would be able to go down together or if we would be stuck with no choice but to go in different directions.

We were both exhausted and spent. Work, people, kids — the world had drained us of seemingly everything we had to give. We ended up having a huge argument one night — the biggest we’ve had in years.

And that's when my husband said it — with a cracked and tired voice. 4 words.

That was it. No elaboration. Just those 4 simple words.

I stayed quiet in stunned yet sympathetic silence.

I already knew that my exhaustion levels in the last several months had been impacting my libido. I’ve tried many different ways to bring some more engagement back into our sex life and so has my husband.

And yet, we slipped again — getting overly entangled in the day-to-day web of other people's needs instead of tending to our own needs and to our needs as a couple.

We were both allowing the world to take from us while we gladly gave all we had to please everyone else — but we had lost the joy in giving to one another.

My husband uses sex as a stress release, and great sex can definitely be a substantial pathway to that release for both of us. I’ve written about what happens when my husband and I go too long without sex here. We get cranky. We lose patience more quickly than we normally would. We aren’t as connected.

When he admitted that he needed more sex, it wasn’t anything new, but how he said it changed everything.

I wasn’t mad at him. I didn’t want to argue. I just felt sad that he obviously felt so desperate for physical affection.

And it’s not just about the sex, either.

My husband craves touch and attention much more than I do. I can go longer without it and I can usually sustain myself just fine during sexual dry spells.

But my husband didn’t just want more sex. He wanted more sex with me.

He was missing our connection and our chemistry together as well as craving that sexual release from all the stresses of life.

I was missing it too. I get tired of feeling like sex is just another chore to accomplish because I’m physically tired. I don’t want our sex life to be like that at all.

That was the message my husband had been getting. That sex was a chore that I didn’t want to do but felt like I had to.

After this simple admission, things changed between us. Those 4 simple words opened up a door to more conversation and more compassion.

The intricacies of a marriage can be vast and overwhelming. We don’t always need to have long, drawn-out arguments about things. There are times when all it takes are 4 simple and honest words.

How Women Can Break The Cycle of Choosing Unhealthy Partners