My Friend Is Facing Over 20 Years In Jail. His Dating Choices Are To Blame.

A cautionary tale for all the men out there, from your favorite scribe. 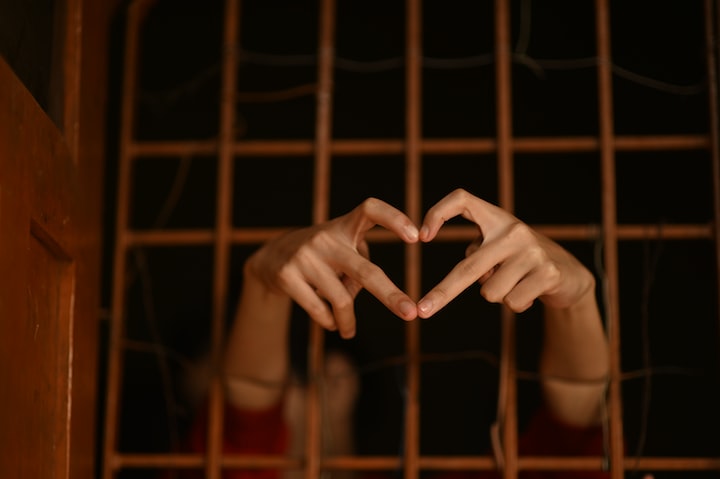 Photo by Rajesh Rajput on Unsplash

I am not a stranger to having friends get locked up. It's become a general part of my life thanks to certain scenes I've been in. Normally, it's because one of my friends decided to do drugs, pee on a cop, or play in traffic. Sometimes, it's because of a bar fight or something similar.

However, this is one of the few moments where I feel like I need to raise a warning for my homies. You see, my friend Trey* (name changed) is not like most of my friends. He is a partier, yes, but he has spent the majority of his life not doing stupid stuff.

Trey's tale is one that deals with romance, and with the major problems that men face in the dating scene. More often than not, I'm the one who tells women to avoid X, Y, and Z. However, Trey made me realize that it's not just women who face risk when they cuff the wrong person.

The Story Starts Off

Sometimes it was because the girl couldn't take his partying. Other times, it's because he was staunchly childfree and the girl wanted kids. A slightly unpredictable guy, he sometimes would just duck out because he had his own issues.

This is a guy who loved to party and use drugs recreationally. Trey went on like this for all of the 15 years I'd known him. In his 20s, sowing his wild oats made sense. After a freak accident in his 40s, he realized he wanted to settle down.

That's when the problem started.

I'm going to be blunt about Trey's dating preferences: he likes women who like drugs too much. Most of his exes had a penchant for uppers, particularly cocaine and meth. However, it was occasional use and only at parties for most of them.

Maria* (name changed) was not like his other exes, but not in the way that you'd expect. She was not good looking. She also only dabbled in coke. In Trey's eyes, that made her a homemaker type. He immediately proposed and married her.

None of us knew Maria. We were confused, but supportive at first. Soon, though, things started to look strange. Trey distanced himself from all of his friends. It became harder and harder to reach him.

Maria did not move in with Trey, despite the marriage. But, the two started hanging out together more and more. Trey's coke and speed usage grew on her. Eventually, the two became heavily addicted to drugs together. That's where the problem truly began to show itself.

Trey was unusual in his situation compared to most people I know. He inherited a massive sum of money when his parents died. He used it to pay rent. Didn't have a job in years, really. Somehow, he made it last for 15 years until he met Maria.

The two had managed to burn through all his money in the matter of a year. So, Trey turned to selling coke to fund their habit. Maria did not have a job. She just pressured Trey to continue to provide drugs to her. When he didn't, she hurled abuse at him.

As someone who has been through addiction, I can tell you that drugs turn you into kind of a dick. Even when they don't, you're way more sensitive to things than you should be. Emotions get volatile quick. This spelled disaster.

Trey is a sensitive man. Maria had a way of digging underneath Trey's skin. She made him feel less than a person. At one point, Trey had come to my apartment in tears, strung out as hell, crying about something Maria did to him.

It had gotten to the point that Trey was in a clearly bad mental state. Everyone who knew this usually happy-go-lucky man was worried. At my apartment, I saw him slam his head into my wall. Others claimed they saw him drink himself into a catatonic stupor.

All the while, Maria did not live with him. She just kept demanding more speed.

It Came To A Head

With out of control drug habits comes out of control behavior. It should not be shocking to anyone, but Trey went radio silent. Eventually, we heard from him again, asking us to come to his apartment.

When we did, our jaws dropped.

I have been to Trey's apartment before. He was famous for his love of elegant minimalism. He had a beautiful antique midcentury modern couch as well as gorgeous lighting.

Trey was the type of man who I used to envy when it came to interior design. I loved his sense of style. It was clubby, yet traditional. Smart, yet clean. Oh, and he took such pride in his home!

When we got there, nothing was the same.

All the doors had been ripped off his apartment. Holes and stab marks dotted the walls. Power tools were on the floor of the kitchen, and a single bare lightbulb hung from a string.

The once-beautiful couch had blood stains on it. It was broken. There were no curtains on any windows. Rotten food, still in shopping bags, stood outside. Maria was nowhere to be found.

"Oh, hi," he said calmly, "I ordered us some wings. Sorry about the mess. The police raided my apartment."

"Yeah. I, uh, had a little episode. A crackhead asked me for more coke, and well, she threatened to say I raped her to the police..." he said, looking at the shattered sofa. "I, uh, lost my temper."

"What do you mean, you lost your temper?" I asked, eyeing the bloodstains.

"I kinda blacked out. But I beat her pretty bad, and then locked her in the bathroom. The neighbors called the police. I'm being charged with a bunch of things. I wanted to see you before I get to court."

He then turned to the oven, which had a tray of ketamine on it. Changing the subject, and clearly not all well, he calmly asked, "The cops didn't find the ketamine I had cooking. Would you like some? Maybe some GHB?"

I have watched my friend of 15 years destroy his life because of someone he dated. However, it wasn't just me who lost him. Our entire community had lost him. We all talked to him and asked him to change course with both his relationship and drug use.

By the time that we had visited him, it became clear that it was too late. We were shocked. A single woman had destroyed our friend, and now, he's in jail for got knows how long.

As of right now, we've run into Maria a couple of times so far. She is in rehab, looking for her next victim I suppose. Trey, on the other hand, is in lockup.

The Lesson To Be Learned

Guys, I am begging you, be careful of who you date. If your friends warn you that they don't like what she's doing to you, please listen to them. Yes, even if female friends are the ones telling you this.

If Trey had listened to us and stopped the path he was on, he'd still be on the outside. He'd still have his cozy apartment and he would probably have done some regular work to pass the time. Instead, this is what happened.

Make no mistake about it. The wrong partner can ruin your life. It may be too late for Trey, but please, learn from his mistakes. Don't stay with a partner that drags you down, guys.

Read next: Idle Hands No More