by Izzy Galloway 2 years ago in friendship

This was the greatest New Year's Eve I've had so far, much better than that time I was 16 and passed out in my own vomit at 10pm.... As the clocks hit 12 I was surrounded by some of the most amazing people I knew at the time, laughing and hugging in the middle of Holmfirth. January was a continued party after the crazy month of 2016 December, spent living life in pubs and at gigs with my best friends. 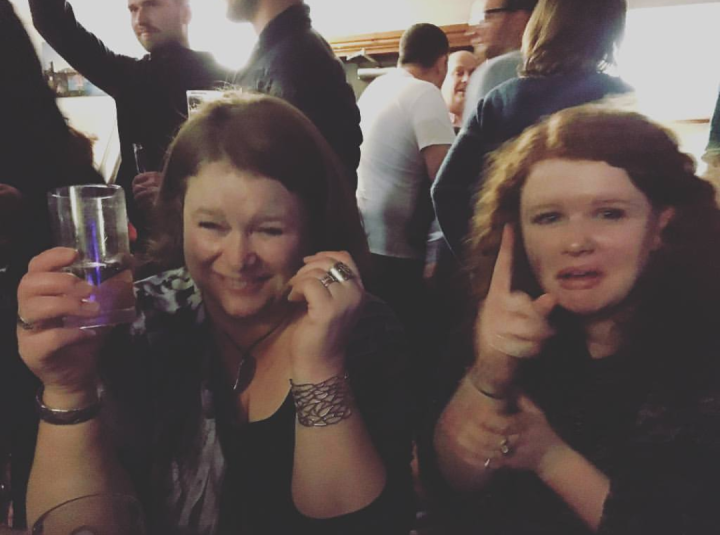 February was a bit more partying, pretty sure our local pub hit their highest profits in years due to the amount of time and money we spent on disgusting shots. My friends started passing their driving tests which gave us a new found sense of freedom, we could go to the Maccy's drive thru whenever we wanted! There's something very soothing about sitting in the back seat of a tiny second hand car, listening to music and laughing about stupid things. Some of my favorite memories have come from this scenario. 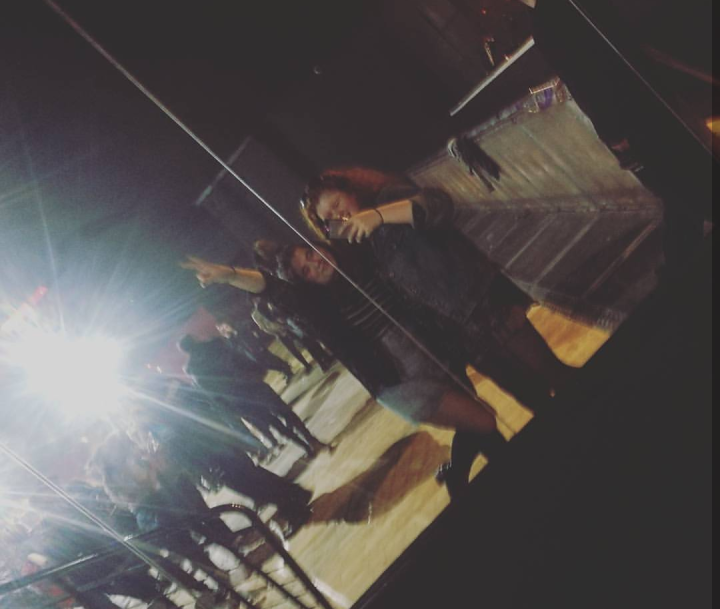 All I can say is the alcohol never slowed down. March also contained one my favorite weekends in London ever. Pat Kirch is a wonderful man for paying for most of that crazy adventure. For once we got a train down instead of sitting on a sweaty coach for 8 hours. We also managed to book a hotel instead of just simply staying awake for hours on end. When we got to London, of course we went for a posh meal at the local Morrisons, before heading to our hotel. We stood outside the room for a solid 10 minutes, too nervous to see this windowless box that we had booked. But boy oh boy, when we opened that door and looked upon a room that hadn't been refurbished since 1992 but had a big window, we screamed. The rest of the night goes something like lots of alcohol cooled in the leaking bath, walking through Camden town in lingerie, singing our hearts out to The Maine and the night ended with us sitting on the side of the road downing Budweiser before stumbling back to the hotel. Memorable to say the least. 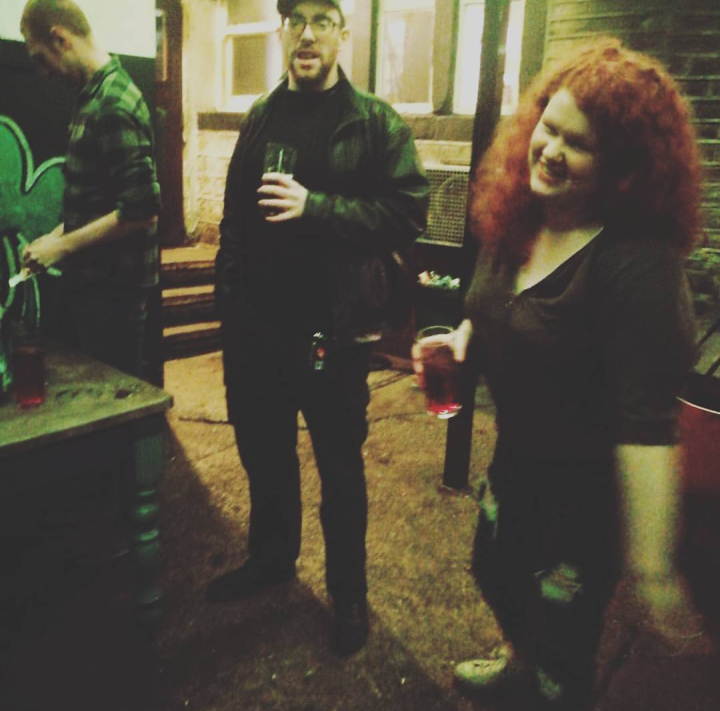 You should have realized by now that drinking gross shots in pubs is how I spent the entire first half of 2017. April also contained that infamous Easter holiday when my friendship with Sarah J Straw was cemented. Both of us had been through some tough times recently, and so we joined forces and became the power couple of Holmfirth, terrorizing men and being the best hot mess you've ever seen. I won't go into detail about what we got up to in those two weeks as the only people who actually read this blog are my family and I don't think they'd enjoy hearing some of the stories but all I'll say is there were many nights spent in random hotels or houses before returning home at 6am after throwing up all over the streets of Holmfirth. Oh, I also accidentally took £20, 5 packs of fancy cigarettes, and two bottles of milk from one unsuspecting boy's house because he was weird and a shit kisser. 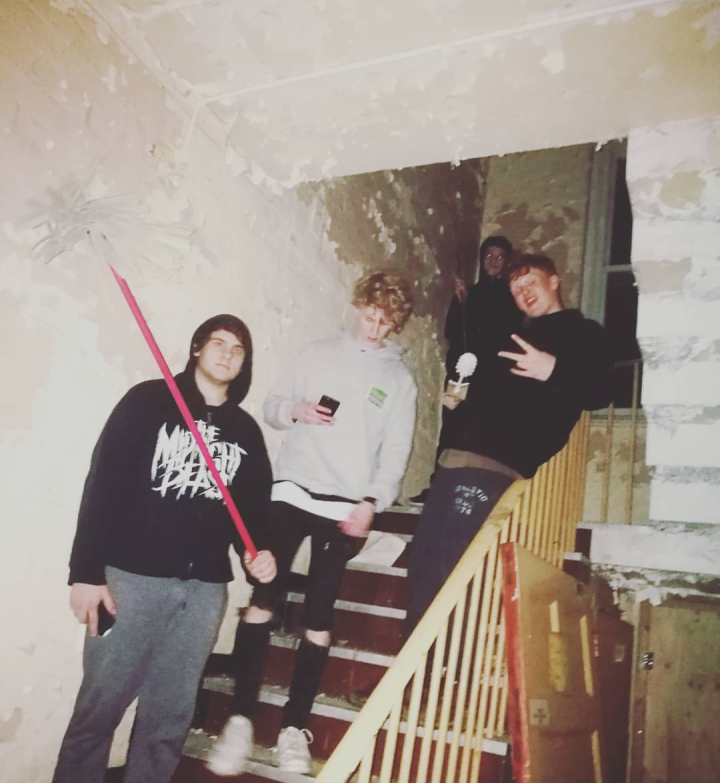 In May we became obsessed with visiting abandoned places. The three musketeers (me, Ryan, and Megan) drove around the whole of Yorkshire, discovering old, probably really bloody dangerous sites. It's funny how exploring sites that have been forgotten and left for "dead" can make you feel so alive. My favorite trip was to a massive abandoned mental asylum. The first time we went it was terrifying, I mean like throwing up you're so scared. But of course we had to go back and take some extra people as back up. Armed with toilet brushes and mops we explored and to be honest, it wasn't actually that scary. 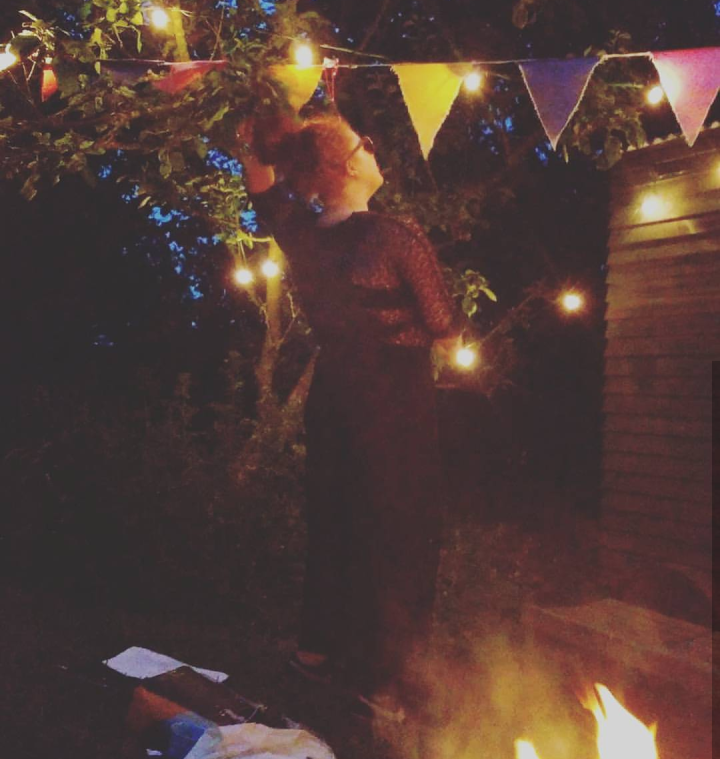 You'll notice I haven't mentioned college once and that's for one simple reason—I disliked it an insane amount. Sure there were some funny times, but most of them were hiding from the teacher whose lesson I'd just skipped or going for our weekly jacket potato meal. However, in June the end of college was getting closer and closer and I couldn't wait. I knew that I was only a few months away from being able to do exactly what I wanted with my life.

I produced the best art I've ever done. For the first time ever I was completely honest and just put everything I thought and felt down into one huge exhibition of bright colors and weird drawings. It was also the first time I've ever felt completely satisfied and happy with my art.

The day we celebrated leaving college is one of my favorite memories from 2017. We burnt all our work which took some time—I'm pretty sure the main culprits of deforestation are teachers handing out 50 pieces of paper every lesson. We drank till we threw up and then kept drinking. It was fun. 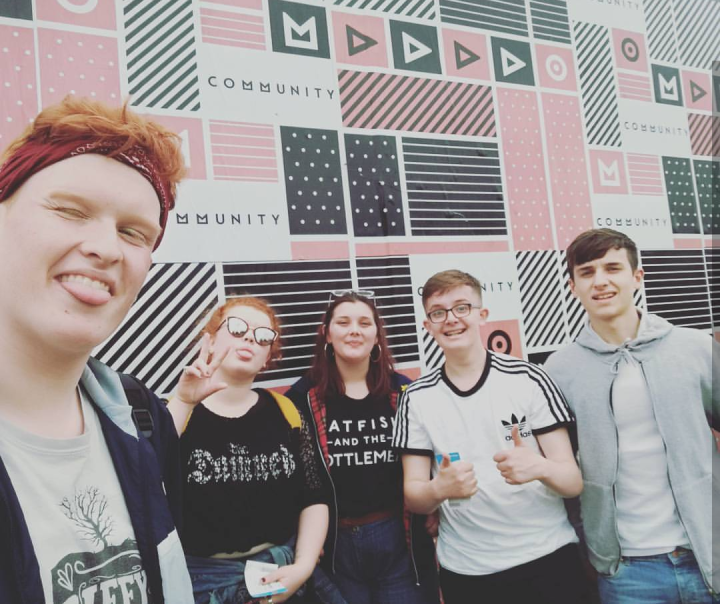 July started with a weekend of no sleep and lots of fun. Me, Josh, and George traveled down to London for Community Festival. We didn't sleep a bloody wink and with the sun beating down on us and a few beers in our bellies, we were pretty delirious. But it was a lot of fun. Music is crazy good for ya and will get you through most things. The train ride back to our friends house was my personal highlight as poor George threw up pure water and strawberries all over the floor of a completely packed train carriage—I've never seen people move so fast in my life.

We also had a massive family gathering down on the Isle of Wight which was wonderful. Anyone who has met my family will agree that we're mental—absolutely off our rockers every single one of us—so any party with us lot is bound to be fun. That weekend made me appreciate my close family immensely, my love for them is bigger than I can even begin to comprehend. I really love you guys. 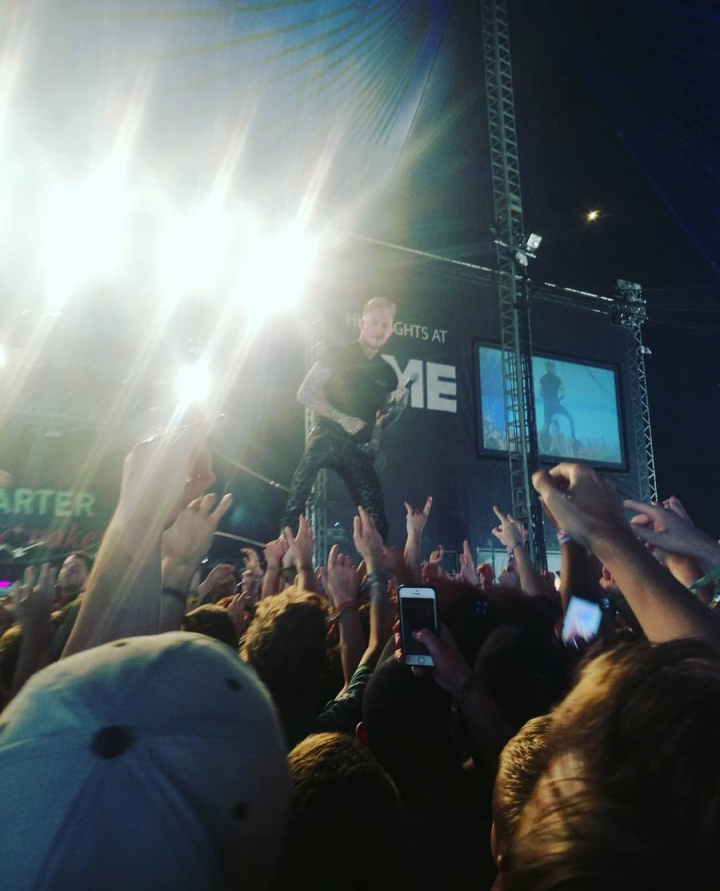 August was a well deserved month of rest, I didn't do an awful lot except go to Leeds Festival which was as usual, amazing. Lets just say I was in a different realm of consciousness for most of it and being at a Glass Animals gig when they have a giant golden pineapple on stage is quite fun when you're in that state. 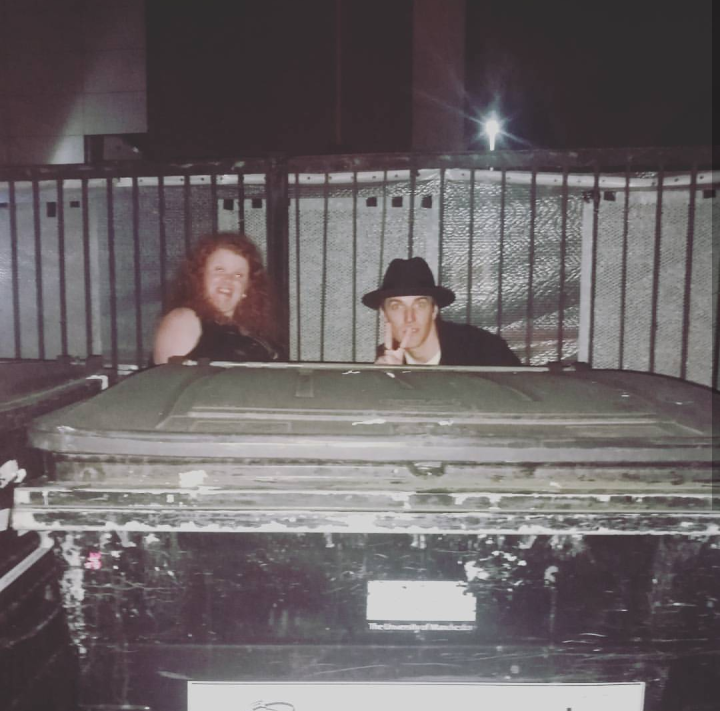 In September I moved to Manchester. It was definitely hard at first being away from my close friends and family but, at the same time, I felt like I could really start growing into the person I want to be. I saw my favorite band two more times, and we partied hard. I launched an egg sandwich at John O'Callaghan and hung out behind a bin with some cool people before throwing up said egg sandwich and having my portrait done... We also managed to see Lil Peep live which was an amazing experience. 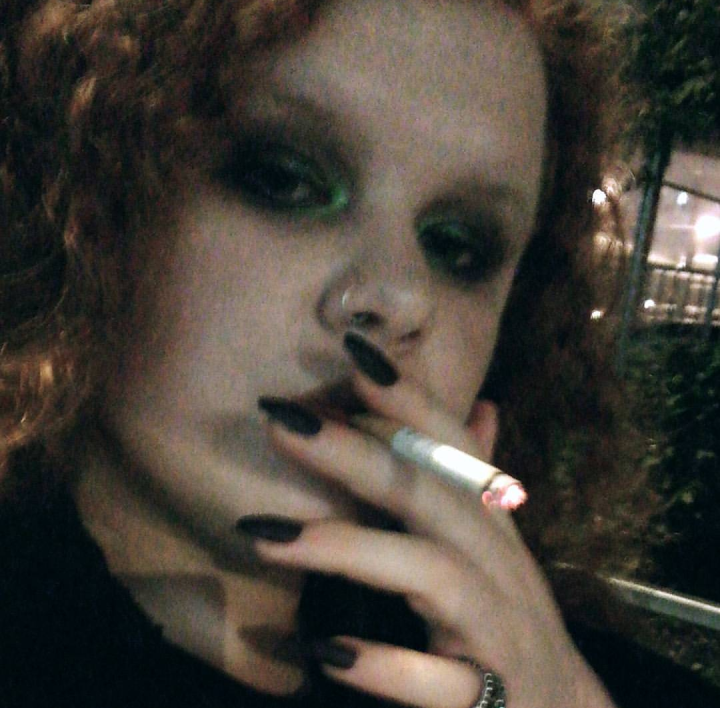 I started uni at BIMM. I straight away loved the course and I can't wait to see where it takes me. I've met some amazing people through BIMM and I feel like this is really where I belong to start doing work that I genuinely enjoy. 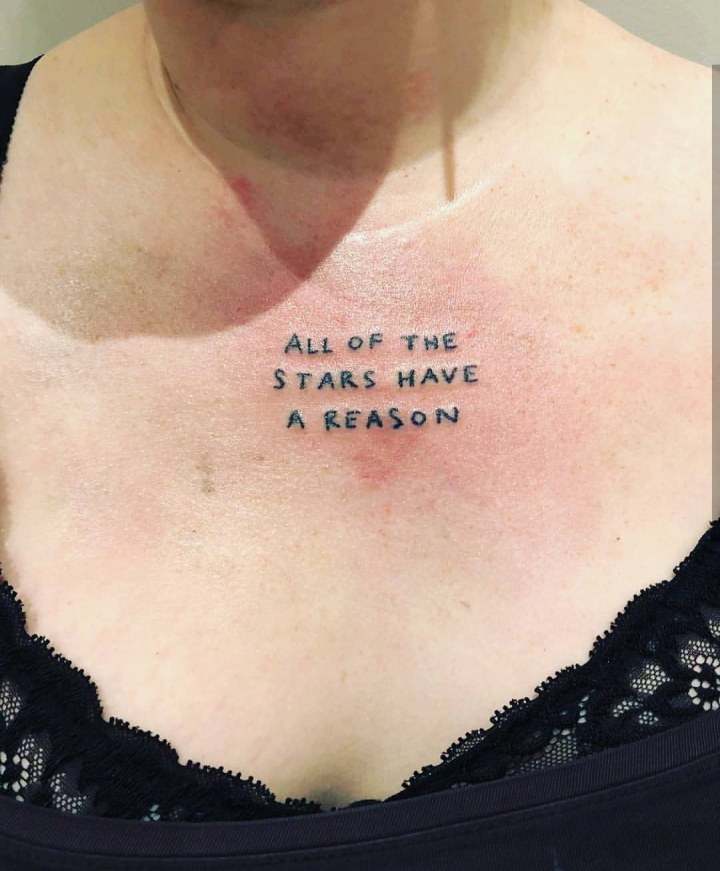 November was a weird one. My mental health was the worst it's been in a while and the death of Lil Peep hit me hard, I really admired him and his music had been the soundtrack to many crazy memories. A couple days after his passing, I got a tattoo dedicated to him from an artist who I'd also admired for a long time. It was really an amazing night. If you're ever looking to get good tattoos in a fun and comfortable environment, hit up european.son.420 on instagram. As I was walking home that night, I saw the stars for the first time since I'd moved to Manchester and cried happy tears. After that I finally felt like I was finding my feet in Manchester and started to feel ok with myself again. 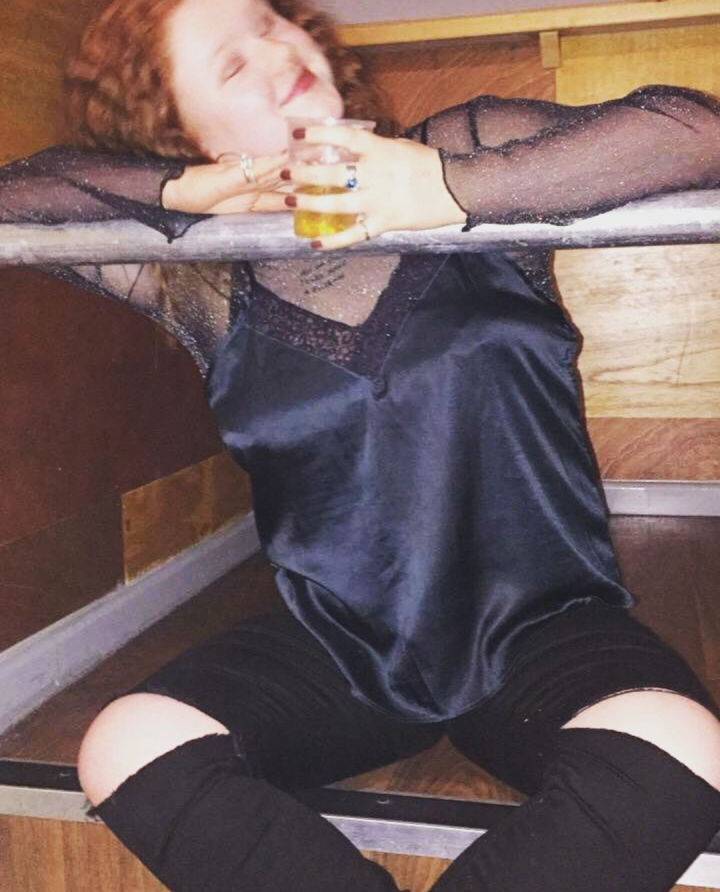 I'm sat writing this post on December 30th 2017, and all I can say is, this year has been difficult but worth every second and I really do think I wanna stay alive to see what's to come. I've learnt a lot of lessons such as friendship and relationships are hard and confusing but when they work, they're worth it. I've also learnt that forcing yourself to be happy isn't healthy at all, the goal is to be honest with ourselves and work towards happiness. However, it is also essential to realize that without the lows, the highs would mean nothing and letting yourself feel raw pain and sadness is important, just try not to wallow in it. So, cheers to 2017, you sucked but in a nice way and watch out, 2018 is the year Izzy Galloway gets on her grind and takes over the world.

20 year old earth tenant trying to find what it is I’m looking for.

See all posts by Izzy Galloway →