by Kennedy Kovalick 3 months ago in advice

From the perspective of someone who is terrified of them 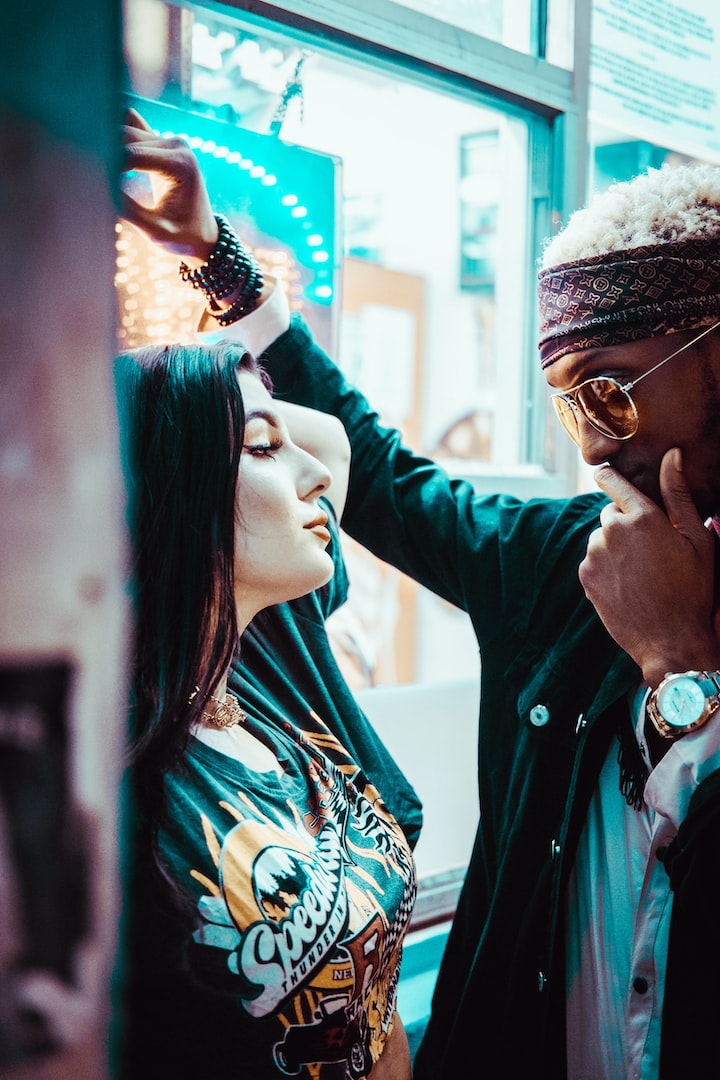 Photo by frankie cordoba on Unsplash

I am a twenty three year old woman. I am five feet and one inches tall. I was athletic in high school but really haven't done anything super sporty since then. What I'm getting at is, I often feel uncomfortable in situations involving men.

It has recently come to my attention that men are completely unaware of the fear they have instilled in us as young women, well into adulthood. My boyfriend and I have been dating for nearly four months, but has been a friend of mine for nearly three years now. We work at the same restaurant and know a lot of the regulars on a very friendly level.

There is one regular in particular who is known for constantly being on edge and easily provoked. He is a part of my friend group and is very close with many of my close friends, however he and I have never been close; We've never hung out alone. He is known for doing hard drugs, fighting, and generally harassing both men and women.

Over the years that I've worked at this restaurant, I've seen him say, and do, awful things to people for absolutely not reason. Bump into him the wrong way when you walk past him and he will turn around swinging. We have learned to tolerate him and how to diffuse him since he, unfortunately, has yet to be banned. He is this way towards men and women. He lives his daily life with raging tunnel vision.

I, personally, have learned to maintain distance from him, always keep an eye on him, and never engage. He has a laundry list of rude and off putting remarks that he has ran past me, so I've learned to just avoid.

About three weeks ago, on a late night Saturday shift, I was running around the restaurant like a madwoman. I couldn't catch a break, but my sales were high and I was in a good mood.

I was taking a drink order from two lovely women in their late 20s, when this particular regular walks past on his way to the bathroom, smacks my butt, and shouts, "So are you coming home with me tonight, or what?".

I was stunned. My table was furious. I was speechless for all of twenty seconds, until the girls asked if I was okay. I told them he was a friend and a regular, and that everything would be fine.

My initial reaction was to ignore the matter, let it pass, and pretend it didn't happen. When I got home from work that night, I immediately told my boyfriend about the encounter. When he asked how I reacted, he was furious because I didn't stand up for myself, or turn around and punch him in the throat.

I calmly explained that as a woman, I felt incredibly uncomfortable confronting that regular about what he had done. He is known for being a violent individual and has made incredible comments to me before, why would I want to put myself in a potentially more harmful situation. He would have no problem following me out to my car after my shift, letting himself fume and boil even more between the incident and my shift ending.

My boyfriend could not wrap his head around this fact and continued the discussion for nearly 24 hours, trying to understand why I wouldn't stand up to someone who would do such a thing.

Even as a young child, I remember learning very quickly to not engage with catcallers. My mother was a young, single mom with two young girls. We grew up dealing with these problems on a daily basis. Fortunately, my boyfriend, being a cis white male, will never understand being catcalled and genuinely fearing that person. I think it is severely misunderstood by men everywhere- whether they've catcalled a woman before or not.

My boyfriend is an amazing human and has never disrespected me in the nearly three years I've known him, however he will never understand the fear instilled in me from a child. We both agree that this regular is an awful human being, but the difference being my boyfriend would be able to at least get a punch in.

Alexis Isabel, @lexi4prez on Twitter, created a poll which states, "Has a person who catcalled you ever insulted you/followed you/gotten violent when you rejected them?" Out of 13,617 people who responded to the poll, 63% of them chose yes.

It is safer for women to ignore catcalls than it is to reject/call men out on them. This is why catcalling is still so prevalent in our society. We need men to be better.

I pray that those my age, who are currently having children, are raising their sons to be better.

There are so many men who are in the same situation as my boyfriend. That will never understand what it is like to fear your life because you are a woman, or even a person of color, for that matter.

If you are one of these people, I implore you to imagine yourself in a similar situation and how you would react as a man. Imagine not being able to fight back. Now, imagine being a woman who is shorter, smaller, and probably weaker than you are now. How would you react?

As someone who has seen my fair share of sexual assault and sexual harassment, I am ready for a change. I am tired of going to work and fearing men who hit on me. I am tired of having my boyfriend come to my work to walk me and my female managers to our cars at night because we rejected a man at the bar. Please, men. Do better.

This also goes for bystanders. Please keep our girls safe. We need you. If you see someone following a girl to her car, walk with her. Protect our girls and our women. They are your future.

See all posts by Kennedy Kovalick →