by Seamons Mahall 2 months ago in advice
Report Story

That's the most important thing you should do 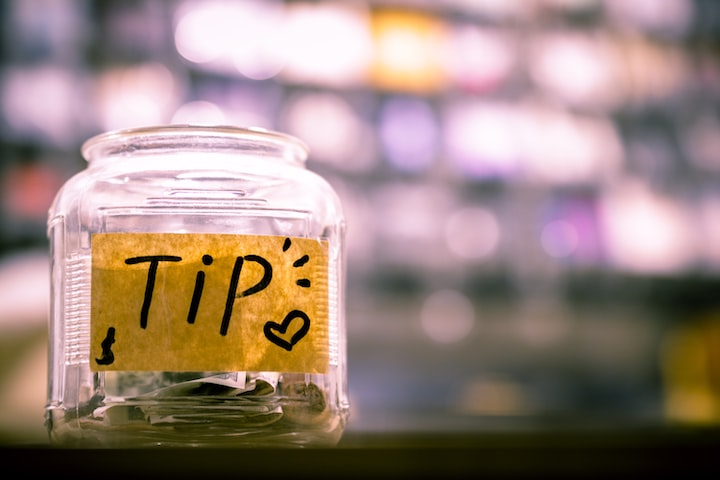 Wilde once said, "When I was young, I used to think that money was the most important thing, and I waited until I was old to realize that it was."

Deeply true. For most people, the amount of money determines the degree of one's happiness.

Because it can bring you sufficient material life, and enough security.

Because of this, most people will desperately earn money.

Because enough money, like a springboard, allows each person to see a broader world, but also will enhance the ability to think cognitively.

But money brings much more than that; there are more things we can't see but can feel.

So, why should people work hard to earn money? After reading the answer, may you live a more transparent life?

The freedom to be carefree

A person's eyesight determines the height of his life, and this is one of the reasons why the gap between people is so big.

Recently warm always received a message from her mother, the content of which gave her a headache:

"You don't want to be in the big city, there is no use, why not come back early and find a more stable job? I recently saw a friend's child, the conditions are good, you come home to meet."

Even though she tried for so long, she was not recognized by her mother.

At first, warmly refused the stable job introduced by her mother and came to the big city to develop.

Everyone in her family thought she was crazy, not wanting a good job, but choosing to suffer.

But what she thought was that although the job was free, there was no development, and the daily work was repetitive, so there was no room for improvement.

Her college classmates, once graduated, went to the big city, and now there is no development for a few years, with a monthly income of more than ten thousand.

She looked into her eyes, also wanting to make a world in the big city.

As soon as she arrived at the place, she and her friend started a side business, using her time off work and spare time to do the design she liked best, and was busy every day.

The people around her did not encourage her, but also mocked her for not doing her job and what development she could have in the future.

When she returns home, she is always the one being talked about the most.

Now, warmly doing her favorite designer, from the side business to the main business, the monthly salary from the beginning of a few thousand, to now more than ten thousand monthly income.

At the same time, she is surrounded by many friends in a similar situation, no longer isolated like at the beginning.

Wen In said to me, "Now although hard work, but very fulfilling and happy."

Why do many young people prefer to suffer, but also choose to go to the big city life?

Because big cities are more inclusive, although lonely, but very free.

Others will not think you are different because you do not get married; nor will they comment on your stupidity behind your back because you quit your stable job and suddenly change your career.

And not because you dress differently, pointing at you behind your back.

No one will laugh at your ideals, and no one will impose their ideas on you, forcing you to live as you must.

But these, are only if you are financially strong enough to do so.

While you work hard, you will also have a lot of experience, read more books and walk more roads.

And these, in the future, will become another wealth to accompany you.

We are not rebels, but by going after what we want to get the respect we deserve, not endless denials and accusations.

A different kind of insight

I once read a story.

A girl, because of family embarrassment, has not been enjoying a good life.

After four years of college to save money, she could not even eat at McDonald's. But the girl worked very hard, and once graduated to enter a large company.

Once, she and her colleagues went out one day to eat steak.

She ordered an eight-minute steak, only to learn later that the steak said 5 minutes and 7 minutes, there is never 8 minutes of this said.

But I want to tell her that knowing how rare a steak is is not knowledge.

The fact is that you will not feel embarrassed for wearing a half-sleeve of more than ten dollars, nor will you deliberately show off for carrying a bag of several thousand dollars.

We won't be jealous of others because they have something they don't own.

There are always people who look at others wearing luxury goods, and access to high-end places, the surface is not surprising, and the heart is envious of the dead.

The reason for their success is that they can make money, and they don't waste time on small things.

The reason for the success is that they can make money and not waste time on small things.

The reason for this is that you will not be able to buy groceries for a few cents, and the vendor argued, but directly, you will not care.

The home is cluttered, find an aunt over to clean up, rather than their clean up all day, tired to back pain.

When you can earn enough money, you are naturally the same as them.

Will not be because of some small thing to count, or waste time.

You will use the time to talk with people about cooperation, rather than quarrel because of a few dollars.

The distance between three thousand and thirty thousand monthly salaries, the difference is not money, but perception.

The bottom of the capricious life

Why should we make money?

Because we want to give ourselves a bottom, in this world, we can not rely on anyone, only ourselves.

Tong is a single mother in the same neighborhood, her husband was unfaithful, and she chose to divorce and live by herself with children.

Although she received a suit and a large sum of money, Tong is not satisfied, for her, the money does not give the child a good future.

So, Tong chose to invest in the business.

Pr-opening capital turnover is not open, she worked during the day, driving at night to make money.

Because of uneasy children at home, every time the child in the passenger side, let her rest. They stay up late to drive a few hours, only to go home to rest in the early morning.

After the store opened up, she was even busier to turn around, not even a few hours of sleep a night.

Many people think that she does not need to work so hard, the child is only two years old, wait until the older, then consider it is not too late.

She replied, "One must learn to save for a rainy day."

Plans cannot catch up with changes, and you can't predict future changes.

You can only work hard while you can. Only when you earn enough money can you get back your food, dignity, and bottom line.

The more account balance, the more stable your heart.

The more income you have, the better your bottom line will be.

Nowadays, adults not only live for themselves, but also for the people they love.

You can only do your best to give the whole family the bottom line, through the efforts, in exchange for due respect.

The woman's temperament, not poor to come, not to beg, is earned.

I hope everyone can use their own hands to create a life of hope.