The Start of a New Life 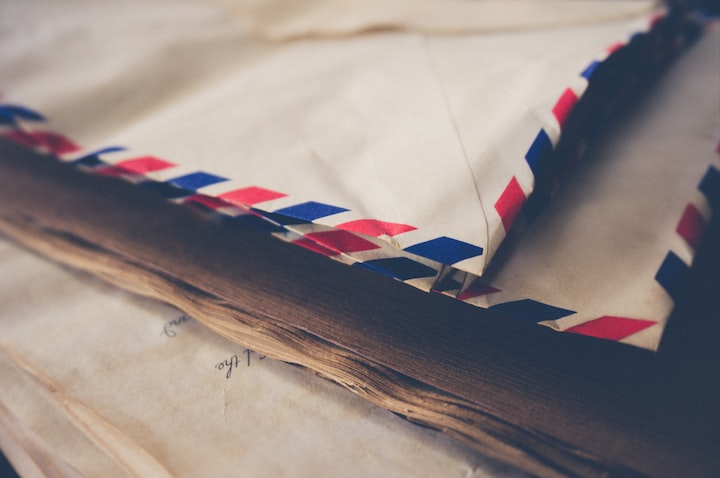 Photo by Liam Truong on Unsplash

Alex walked into the crowded suburban post office and walked to the P.O. boxes in the back left corner. He opened his box and found a medium-sized manila envelope sealed and tied with a red string.

Still, from the scent of the package, he could tell. It was her perfume, a scent he loved.

He left the package in the passenger seat and drove to his home. The entire way there, he kept imagining her sitting next to him. He remembered the moments when she was in his car. In this exact car. The times she would sit by him. The way she would laugh when he told a story.

Even now, more than a year after the last time he’d seen her, Alex thought of her. He thought of her every day. On this day, with a package from her and her scent reclaiming its space in his car, he remembered. He recalled their very first date. At the coffee shop near her apartment. When they’d finished their coffee, he’d offered her a ride home and she’d accepted.

That was when he really noticed it, noticed her perfume. Intoxicating, he thought. Just like her mind and all the rest of her.

Over the course of two years, they’d had many more encounters, had become intimate, had professed love for each other. Now, she was gone. Not gone, really. Just not a daily part of his life. Maybe a text every month or so, but nothing more. Not for now.

He got home and placed the package on the kitchen counter. He went to his pantry, pulled down the bottle of bourbon he kept at the top for the most special occasions. He placed two cubes of ice in his favorite glass and then made a generous pour of this powerful elixir. He knew he would need it.

He untied the red string and then thumbed open the envelope. There was a little black notebook inside, a journal. He wasn’t sure what that was about. He also pulled out a small, white envelope. Inside the envelope, he found a check. $20,000. Her signature excited him just as much as the rest of her always did.

He smiled. She had delivered. He had texted her weeks before about his financial situation, about $20,000 being enough to solve it. She had not responded and had not texted him back. Now, he held a check with her name on it in an amount that would make his life whole again.

When he opened the black notebook, he knew exactly what it was. The first few pages had been ripped out, and the first page he saw with writing on it said, “10 Reasons Alex is Incredible.”

He remembered seeing this exact notebook page in a text from her after their first trip together. Now, he held the entire book. The record of her thoughts during the four months of their most intense time together.

At the end of that four months of what he could only describe as pure magic, she’d just stopped. Stopped texting or answering his calls. He sent a letter, she didn’t respond. So, he left her alone. She eventually came back after a few months, but they never enjoyed anything like those four months again. Now, she was gone. A text off and on. Then, this. A $20,000 check and a notebook of memories.

Alex sat in a Mexican restaurant in the busy downtown where he still had a small office. He ordered a second margarita. It was 12:30 PM, the lunch rush. No one else, he noticed, was even drinking. He wore a dark suit and bright tie, even though he didn’t have any meetings that day and he worked alone.

Most days, he didn’t have any meetings. Still, he went into the office each day and applied for jobs, wrote stories, and drank margaritas at the Mexican place or downed a few old fashioneds at his favorite hotel bar.

He’d lost his job at a top consulting firm just a few months before. Had said something really stupid and mean to his boss. That wasn’t the first time, but it would be the last. Still, he had some money stashed away, money his wife hadn’t known about.

He’d also just applied for a credit card and been approved for a $20,000 credit limit. So, he knew he was good for a while, knew he would eventually find more serious work and he could pay all this back. For today, he was drinking two or three margaritas and then writing down whatever thoughts came to his head.

He would take his family to the beach that summer, paid for by Capital One. He would go on interviews for more than a year. He would not be offered any jobs.

By the summer of 2018, Alex was out of savings and the credit card was maxed out. He was working a few short-term, contract jobs and teaching a class at the local college.

He didn’t know what to do. Telling his wife was out of the question.

Then, he got a call. An interview. He aced it. A second interview was scheduled. The committee liked him. Just one more hoop - one more person to see - and then he’d be offered the job and he would be back on track.

There was one more source of money, though. He cashed out a 401(k). That really was it. With the money, he could still pretend to work and he could make at least some payments on the credit card. Plus, he could go to the bars and restaurants and drink during the day or on nights when he was “working late.”

One day at the office, he’d finished up his contract assignments and was bored. He poured a glass of bourbon and stared at his computer. Then, he remembered an article he’d read. A dating sight.

That’s just what he needed. His marriage was basically over, especially if the reality of his financial situation ever came to light. So, why not distract himself for a bit. Sure, he didn’t have a job. But, thanks to being prudent for years, he had a decent 401(k) and now all that money was just sitting in his checking account.

He posted an ad and then responded to a few. Mostly, he was disappointed. He didn’t really want to meet any of the people that messaged him. Finally, he agreed to a couple of dates with somewhat promising women. Both of those dates bombed. Nowhere. He needed to get off the site and get back to work.

Then, she messaged him. He messaged her back, they exchanged emails that made him laugh. Then, she disappeared. Until about three days later. She asked for his number, they texted. They laughed at each other’s jokes and shared details about their lives.

He wanted to meet her, but she was reluctant to meet a married man. Despite his assurances of the marriage reaching an end, she was cautious.

Finally, after two months of texting, she agreed to a date. He walked into a coffee shop and sat down with his coffee. He fully expected that she would cancel at the last minute. That’s just how his luck had gone.

Instead, she walked in. She was tall and bright and beautiful and he felt his heart moving immediately.

That was the beginning of the most intense four months of feeling in his life.

They’d go on a trip together, see a beautiful city. When they returned, she’d send him a text, tell him the 10 reasons he was incredible.

After their four months of burning passion, she backed off. Ultimately, Alex did get divorced. He reconnected with the lover from his dark times, and they would share off and on moments of intense, almost crazy passion. Always, she would back away before it could go further.

Then, in the Winter of 2020, she went away and told him she couldn’t see him again. That she needed to figure out her life.

From conversations with her friends and observations of her behavior, he had learned that she was involved in some underground businesses that were of questionable legality. This seemed to explain her frequent disappearances. Still, he wondered if there was another man who had captured her attention.

In time, he would learn that there had been not one, but two other men in her life during the time she spent with Alex. Of course, he’d been cheating on his wife when they met, so it wasn’t like he could say anything about this.

Still, he couldn’t deny that she lit a fire inside him, that his heart had never felt so full, so hopeful.

Even now, when she would text him, he’d feel a jump. He’d remember her scent, her taste, her touch.

He had two very good jobs now, both supposedly full time. He worked them both with ease and made extra money with contracts. Still, he had obligations from the divorce and he was trying to rebuild retirement savings. At 45, he worried that he’d never be able to quite working.

The $20,000 credit card had morphed into more than $30,000 with interest and fees. He wanted it gone. It was the last remnant of a past life. So, he reached a settlement with the debt collector that kept calling him. They would accept the $20,000 as full payment. He felt obligated to at least pay back the charges he’d racked up on his own.

He had mentioned this to her in a late night text conversation and then she had disappeared. She didn’t believe in debt. Hated it. So, he figured she was just finally done with him.

When he got the envelope, he’d assumed she’d written him some final note or was sending something of his back to him.

Instead, it was the money and her journal. The little black notebook that held insight into her soul.

After a second serving of bourbon, he picked up his phone and called her.

“Thank you,” Alex said as she answered her phone.

“I’m coming right over,” she told him, then hung up.

He told her that was all he’d ever wanted. Since the day he’d seen her at the coffee shop, he’d known. Since that day, he’d wanted only one thing. Now, she was making his life financially whole and filling his heart with more joy than he could bear.

He felt tears in his eyes and then felt her sweet, full lips on his.

Receive stories by A. in your feed
A.
Read next: So, you like them, but why?