by Eliza Vargas 7 days ago in humanity

Reedsy Prompt #201: You thought he was dead, but there he is, right in front of you on the street, smiling at you. 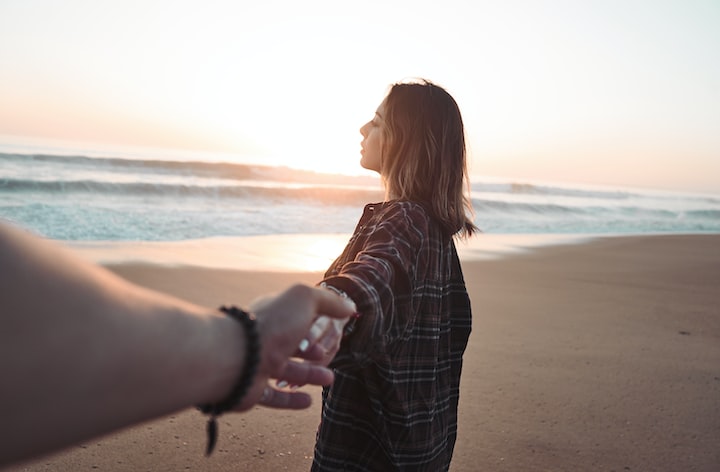 Photo by Yoann Boyer on Unsplash

One night I was by myself walking home when I looked up and thought I saw a familiar face. At first, I wasn't sure, it was a fairly dark winter night and my eyes had been focused on a screen so long that I had to squint to see anything else. I tried calling out to them, asked who they were, explained my vision wasn't the greatest with them so far away. But there was no response. Surprisingly this more annoyed me then made me feel uncomfortable, but even still I didn't move toward them. The more I fixated on the figure the more I realized I did, in fact, know exactly who it was. In shock, I find myself slowly walking in his direction not believing at all who I was seeing. I thought he was dead, but there he was, right in front of me on the street, smiling at me. My late boyfriend. He died in a bad car accident a few years ago. And today was the anniversary of his death.

Paul and I had dated for exactly one year before he died. We were inseparable, one of those grossly in love type of couples. We spent every moment we possibly could together, and the day he died I was completely devastated. That was probably the worst day of my life. I got the call from his mom who I could barely understand at first through all her crying, but the moment she said the words, I heard her loud and clear. I actually threw my phone and jumped in my car to get to the hospital. Until I saw his lifeless body for myself I refused to accept this new information to be true. Even when I did get to the hospital I still refused to believe it, screaming and crying anyone who dared to tell me he had been taken from me. I lost the kindest, most loving, and just down to earth, most amazing person I had ever met. And now he was gone and it would take weeks, maybe even months before I could really deal with it.

Now he's right in front of my face and I don't know what to do or how to feel. Apart of me feels relieved that I was right when everyone was so sure that he had left this life. But I knew better, I saw his mangled body that day, it was a brief look but impossible to tear from my mind. Then I felt confused. How was this happening? Why now after all this time? If he could have come to me at whatever time, why wait until now? The more questions that raced through my mind the more my heart began to ache. I began to feel tears of ice burn my cheek, and my vision got even blurrier than before. Regardless if this was real or not I couldn't take it. I lost him once, I don't want to think about possibly losing him again.

Before I could run away I saw his smile turn to a frown. Maybe he expected me to react differently. Maybe he was thinking the same way I was. Either way, I couldn't bare being there in front of him for another second. I ran and I didn't look back until I got home. I didn't want to know whether or not he followed me home. As far I was concerned I was just seeing things and there was nobody there on the street in the first place. That didn't stop me staring at the ceiling for half the night after I got in bed though. Hours had passed before I even thought about going to bed and that was only because my exhaustion from the day was really starting to set in. That was the first time I cried myself to sleep that hard in a very long time. And I had a feeling that wouldn't be the last.

A few days later I saw him outside my window and he seemed to have something in his hands. If I saw him only once I would have said I was just seeing things. But now seeing him again I'm not so sure. Maybe I'm officially losing my mind. At first, I back away from the window thinking if he can't see me maybe he'll just disappear. Then small pebbles start hitting my window. Classic Paul, always copying the cliche movie moments from some of our favorite Rom-Coms. I look back out the window and he waves me to come down. He puts the thing in his hands on the ground and then starts to walk away. For a moment this makes me long for a goodbye before he could leave me again. As I run out the front door I anxiously look around and he is nowhere to be seen. Like a ghost, which he probably was, he just vanished without a trace. I then go to search the spot where I saw him from my window, hoping with all my might that whatever he put on the ground for me didn't vanish along with him. After a moment I discover a small piece of paper semi-hidden by the snow on the ground. I pick it up and unravel it discovering it was a letter. It started "Dear Jess". Can ghosts even write letters?

I make my way inside reading the words that could come from none other than my Paul. It was dated 12/15/2005. Our anniversary. Also the day he died. We were supposed to celebrate but the weather was pretty bad. I was a little disappointed but suggested we just hang out and watch a movie or something, then we could really celebrate another day. He insisted that it wouldn't be the same, that we had to do something the day of or it just wouldn't count. He had died on his way to get me to celebrate our big day. I never really told anyone but I always blamed myself because of this. I figured if I had made him stay home or just pretended I was too sick or something we would have stayed home and he would still be here. When reading his letter though it reminded me of how happy we were. In the letter, he even said things that he had never told me out loud before. Details of our first date, what he wanted for our future together, how much he loved me. I laid back in bed sobbing uncontrollably clutching the first and last written letter I would ever get from him. Then I felt a kiss on my wet cheek. But when I looked up there was no one there. It was Paul, there was no one else that it could have been. The more I think back on that day the more I think it was one of those unfinished business moments. He must have known I blamed myself so he had to make sure I got the letter, to remind me of how much he loved me. Since then, I have never forgotten.

See all posts by Eliza Vargas →