by Acrylicartsy about a month ago in humanity 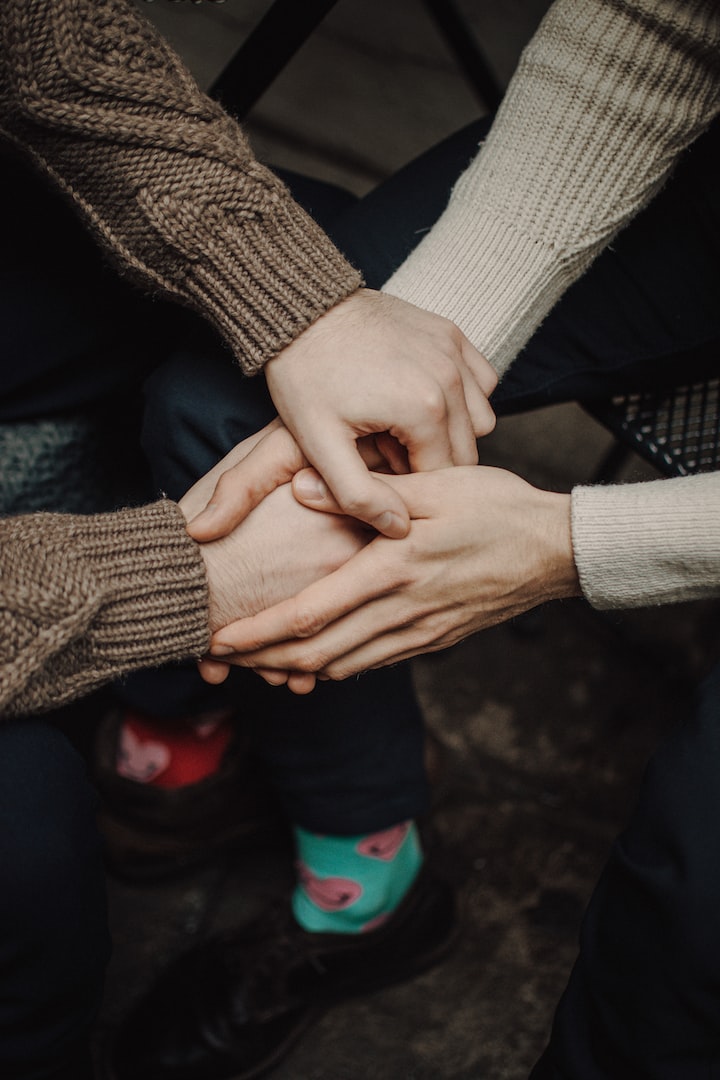 Photo by Renate Vanaga on Unsplash

prompt: include the following quotes into an original short story, must be under 3k words

“Are you telling me?”

“Yes, you can’t go on like this, saying that you’re fine when you’re clearly not. Don’t you understand how that breaks me inside?”

Luther felt his muscles tense at the sound of his voice. The cup of coffee that *he* kindly purchased for him pressed to his lips mid-sip. Part of him was angry, for why should *he* force himself into his business? The other part of him knew better still, and if he was in the situation, Luther would be doing the same.

His hands began to shake as his nerves started to wind themselves up into an energetic anxiety, prompting him to set the warm cup down to prevent his weakness from being seen. He breathed in, and looked up to the only person outside of his brother that shown any care for him in the past five years.

Felix was staring straight into his eyes. His look was firm, but not angry. Those brown eyes were waiting patiently. His elbows were propped onto the table unabashedly and his hands were clasped and used as a rest for his dainty chin.

The gaze his friend gave his was confident; poised. For both of them knew the power that they had over each other. He knew he would get his answers before this outing was through, just as Luther could do the same if their situation were reversed. Nevertheless, that didn’t mean that Luther wouldn’t at least attempt to fight back to preserve his pride And dignity from emotional weakness.

He met his friend’s eyes, Unafraid.

“Are you telling me?” Luther challenged.

Felix continued his gaze, Eyes narrowing as he breathed in. He leaned back in his chair allowing the hands he had rested on the table to then sit on his lap.

Anger flared deep within his soul.

“Well you’re wrong. I’m fine. Don’t worry about me.” He snapped briskly. Luther then turned his attention to the coffee he just set down only moments before, picking it up and taking a sip he hoped appeared confident.

The annoyance coming off of him didn’t seem to deter Felix however, as he remained neutral.

“No.” He hissed, looking away from his friend. He squeezed the ceramic mug between his hands. He was desperate to keep his hold in this fabricated conflict.

“Luther.” Felix pressed, leaning forward. The motion of the other setting off something deep within him.

“What!” He snapped back. Finally meeting his other half’s eyes, he expected to meet the same mask his friend had been giving him before.

Felix looked hurt. His face had attempted to keep the neutral expression, however something underneath had begun to slip out and show an emotion much more vulnerable. His eyes, normally shining with their happiness or something more mischievous now looked as if they practically ached. His lips were pressed together as the stress of his muscles tightened underneath the skin.

“Luther, you can’t go on like this, saying that you’re fine when you’re clearly not.” He started.

Luthur was entranced. He always was, but this time it wasn’t out of wonder, it was out of guilt.

He was about to lose.

“Don’t you.. don’t you understand how much this breaks me inside?”

The question hung in the air. The performance of Felix’s voice had lost its original authority, and with the final question had dwindled to almost a cracked whisper. Luther could feel all of the anger he had originally held within evaporate under the sound of cracking vocal chords.

English had practically left him. The language he worked so hard on keeping pristine for the past 5 years slipped out his body and sunken into the floorboards of the empty cafe. The only thing that he could remember were two words:

He meant it, really did. How could he have been so..so stupid? Felix, the only person who invited him anywhere, the only person he would be willing to skip his shift for, the only person who was willing to sweep this bulky, antisocial German immigrant off of his feet and treat him like a real person. To the man before him, he was not a shadow of the monstrosity he hadn’t even been alive for. Felix looked past the exterior and saw a person. And apparently it was one worthy of his attention, his care, his love…

God why did he always have to fuck everything up.

Felix then got up from out of his chair, and Luther felt panic rise.

Before he could get up to beg the other to stay, Felix actually headed toward Luther.

He rushed his seated friend, and embraced him in an uncoordinated mess.

Felix had one hand within Luther’s hair, threading those smooth, uncalloused fingers through thin locks. He leaned Luther’s head into his chest, and buried his cheek into the top of his head. The other hand slipped behind his back, securing him in the embrace.

Luther felt his heart skip, taking a moment to process that this was actually happening, that Felix, lovely, kind, incredible Felix was hugging him so tightly That he could hear the other’s heart race. He reached up and tightened the embrace with little hesitation. Tears started to blur his vision and his throat began to choke. He could feel Felix squeeze him, and a few shakes emanated from the body shrouding him from the world. It only encouraged Luther to bury himself deeper within his friend and allow for the first time in so long for someone to comfort him. To cry with him and to feel his emotions. He couldn't remember the last time someone emoted so powerfully with him. The connection of two souls so closely bonded in a moment of pain that it allowed the two to be swept away in the feeling of comfort, connection, and love.

Should he probably pull away?

Was he going to?

hello! You can call me acrylic, I’m a freelance artist running the Instagram scene while also going to school for my art teacher licensure! I hope to keep you interested 💕

See all posts by Acrylicartsy →