Lemur Island is a Lonely Island

by Terrye Turpin 10 months ago in humor
Report Story

But it's a lovely place to visit 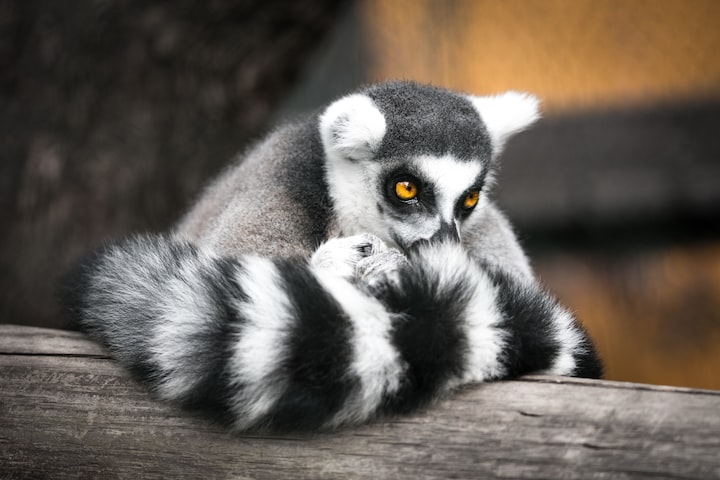 We arrived at the zoo in a car loaded with boxes of books and mismatched towels, two tennis rackets, and some stereo equipment. I’d been lured into the trip by Andrew, my boyfriend back then. I love the opportunity to view any animal secured behind a fence where there is little chance of it being able to bite me, sting me, or pee on my leg. When Andrew mentioned an overnight trip to Waco to the Cameron Park Zoo, I packed my toothbrush.

“We’ll stop by the zoo on our way home, after we pick up things I have stored in Austin,” he said.

“The zoo has an entire exhibit devoted to lemurs,” he said. “You won’t want to miss that.”

I agreed to a couple of hours rummaging through the boxes stashed in Andrew’s storage unit. We had been dating a few months by then, and there’s no better way to get to know someone than snooping among their possessions.

When we arrived at the zoo, I wanted to go see the lemurs right off, but Andrew suggested we save them for last.

“We’ll walk a big circle through the park, and end up at Lemur Island,” he promised.

After we meandered past the sloths hanging like hammocks in their enclosure, somewhere around the middle of the zoo, we came across a playground. It had a slide, a climbing wall, and a giant concrete snake painted in bright stripes of black, red, and yellow.

“Oh! A snake!” Andrew took out his camera. “We need to get a picture of you with that snake.”

I agreed immediately. Before my divorce I rarely posed for photographs. There are hundreds of pictures of my children growing up. They are almost always alone in the portraits, as though they had no parents and were raised by wolves. I remember a time before the invention of smart phones, when all you had to do to prevent your own picture being snapped was to keep a firm grip on the camera.

Things changed the year after my divorce. I signed up for an account with OK Cupid and realized I’d need to post photos of myself. The pictures I selected tended toward the silly side. For Halloween, I posed in front of a Christmas tree decorated with plastic bats and skulls. I’d rather be judged for my sense of humor than my appearance, plus I reasoned — who doesn’t love a clown?

When I spotted the shot of Andrew wearing a giant mushroom hat, I knew we would be a good match. It turned out he loved taking silly photographs as much as I loved posing for them. If a compromising picture of me ever surfaces, it will be one in which I am clothed, wearing a funny hat or a tiara, and posed on top of a mechanical bull.

On the playground, I looked at the snake and tried to imagine the best angle.

“No, no — you should get inside, in his mouth, like he’s swallowing you.”

I weaved through the noisy children running around on the playground as though this site belonged to them alone. Eventually, enough tired of this exercise I had a clear path to the snake, and I rushed over and ducked into the mouth. The snake was constructed to accommodate a small to medium sized child, and not a grown, inflexible woman.

“No, turn around.” Andrew motioned circles with his hand.

He lowered the camera as I tried to swing my feet over and onto the slick painted surface of the snake’s mouth. I slid around face down, with most of my body hanging out as I tried to get some purchase on the slippery concrete.

Andrew continued to wave his hands about, while I ignored the toddler standing in front of me with a puzzled look on his face. The child, a little boy, frowned and stuck a grimy finger in his mouth. A line of sticky purple that looked like grape jelly trailed down the front of his t-shirt.

I dropped my face toward the mulch cushioning the playground and tried not to think about germs in the wood chips.

“No! Not that way!” Andrew motioned again with his arm, waving it in a helicopter pattern over his head.

Several sets of parents shuffled their children away from the crazy lady rolling around inside the giant cement cobra.

“Lie down on your back and throw your arms out. He’s eating you alive!”

The toddler who had been watching me burst into tears and ran over to hide behind his mother. I flipped over and stuck my arms out past the snake’s mouth, banging my elbow in the maneuver. I hoped the resulting pained expression on my face would add a touch of realism to the photo.

Later, while we were snapping pictures of a giraffe, Andrew discovered the exposure on the camera was set a little too light for his taste. He fussed with the adjustments and then announced, “I’m afraid we’ll have to go back and take that snake picture again.”

“Can we see the lemurs first?”

Maybe on the way over to Lemur Island Andrew would find something more promising than a large cement snake for me to pose on- hopefully a big, soft, stuffed, bear.

“It won’t take but a minute, it’s not like the lemurs are taking appointments.”

When we arrived back at the playground, we discovered it covered with children. There were at least five or six of them claiming the snake as a good place to stand and shout out to their parents. I passed the time while we waited staring longingly at the icon for Lemur Island on the zoo map.

The last child left her perch on the snake for the chance to go push her brother off the climbing wall, and I seized the opportunity to dash over and slide myself feet first into the snake. I bumped my elbow again. Andrew snapped off a couple of quick pictures and we left to make our way at last to Lemur Island.

When we got to the habitat, I discovered the exhibit was a lovely place, complete with artfully constructed cliffs and ledges, tall trees, and a thirty-foot moat encircling the land area. The only thing lacking, as far as I could tell, was lemurs. I made out a lone greyish-brown animal sunning on a ledge fifty feet away. Andrew offered me his binoculars, and I watched the lemur scratch behind his ear and then lumber over to another section of the cliff to settle in for a good nap.

“Where are all the lemurs?” I asked.

Andrew took out his camera and zoomed in for a photo. We sat at a table at the observation area across from Lemur Island and took turns looking through the binoculars until it was time to leave.

The next day Andrew emailed the pictures he took at the zoo, including the photo of me and the snake. It was the first one, the overexposed photo. Andrew sent it with a little note — “Turns out I liked this photo better.”

As I read the email, I had to admit the picture was a good one, and worth the trouble it took staging it. There I was, arms flung out, the map of the zoo and other assorted brochures tossed just out of reach of my hands. I had a terrified look on my face, as though I knew we would have to stage the whole thing again.

The photo of Lemur Island showed the beautiful landscape and a small dot amongst the rocks. If I squinted just right and put my nose on the computer screen, I might imagine the dot was a lemur. There he was, snoozing alone on the rock ledge. He might not have been lonely, but I couldn’t help feeling sorry for him, with no one to snap his picture should he have the urge to put on a funny hat and dance along the edge of the cliff.

*Originally published March 2019 in P.S. I Love You on Medium

More stories from Terrye Turpin and writers in Humans and other communities.