by Bound Woods 2 months ago in humanity
Report Story 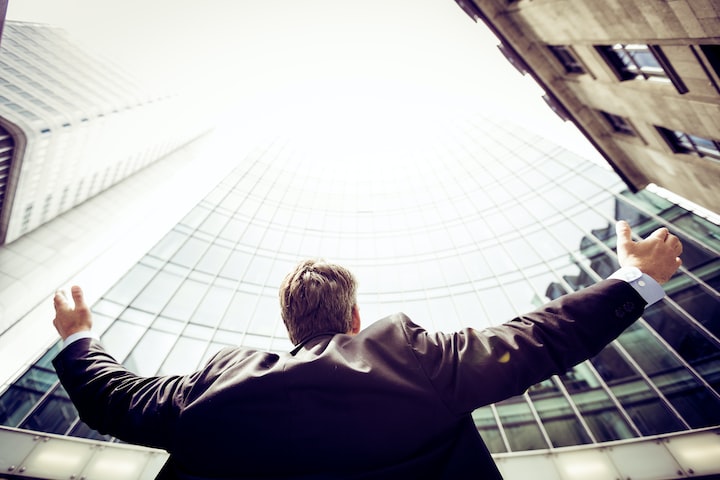 Photo by Razvan Chisu on Unsplash

After the competition, Zhang, Wang and Li entered the last round of assessment presided over by the general manager of the company.

Surprisingly, the boss drove the three young people to an orchard, pointed to three tall apple trees full of fruit, and said to the confused three: "see, each of you has a tree. See who gets the most fruit, who can become the final candidate for the manager of the marketing department of the company." After the boss said that, the three people went straight to the fruit tree and began the last round of competition. Zhang Jun was tall and had long arms. Standing under the tree, he was busy up and down, left and right. In a moment, he picked many fruits. Although Wang Jun is not as tall as Zhang Jun, he is vigorous. He climbs up the tree like a monkey, bows left and right, and gains a lot in the blink of an eye. Only Li Jun was short and fat. Although he was sweating all over his head, the results obviously lagged behind Zhang and Wang. "If only there were a ladder, by the way, there might be one in the guard room." Li Jun, quick witted, ran to the guard room. He smiled and sincerely explained the situation to the guard master. Just now, when the boss led the three people in, only Li Jun and the guard Master said hello. The master obviously had a good impression on him. Without saying a word, he readily moved a foldable aluminum alloy ladder from the back of the house. Li Jun thanked the master and ran back to the orchard with the ladder. With the ladder, Li Jun became able to pick up the fruit at will. At this time, Zhang and Wang encountered difficulties. Although Zhang Jun was born tall, he couldn't reach the high fruit; Although Wang Jun was agile, he dared not climb to the twigs to pick them. At this time, they also thought of borrowing the ladder. After a long circle, where can I find the shadow of the ladder? When they came back panting, the boss solemnly announced: "the game stopped, and Li Jun was hired as the manager of the marketing department. Li Jun was no bigger than Zhang Jun and no smarter than Wang Jun, but in the face of difficulties, he could quickly find a solution to the problem, persuaded the guard master, borrowed the ladder, turned the disadvantage into an advantage, and opened the situation. This is the most valuable quality of a marketing manager." At this moment, Zhang and Wang lowered their heads in shame and were convinced of their loss.

From this, I thought of former US President George W. Bush. George W. Bush did poorly in middle school, was playful and liked pranks. But influenced by his father, he has the ideal of politics. After Bush knew his ambition, he sent him a sentence: "remember the name of everyone you have contacted." Later, relying on his father's relationship, George W. Bush entered Yale University to major in history. His grades were still average, and he only got C in most courses. But he always kept his father's words in mind. In four years of college, he memorized the names of more than 1000 classmates. After graduation, I still work like this. I met and memorized more people's names. Later, when George W. Bush ran for president at the age of 53, his classmates and colleagues gave him strong support. In the highly competitive American society, George W. Bush rose to the top of the ladder with his feelings.

In the growth process of each of us, I believe many people have the same feeling that many of our classmates, colleagues and friends who look very ordinary have inadvertently become impressive and made unexpected achievements after a few years. In fact, they have their own advantages, but to a large extent, this "advantage" means that they have a strong "ladder consciousness", are good at using ladders to awesome, are good at finding and looking for ladders, and have a good EQ of actively overlapping ladders. This "ladder consciousness" extends to good interpersonal relationship consciousness, keen observation and thinking consciousness, advanced innovation consciousness, catching fleeting opportunity consciousness and so on.

The rooftop is eighteen thousand feet, and auspicious clouds send me to the blue sky. Today's society is a highly competitive society, a society with refined social division of labor, a society of information integration and sharing, and a society closely interdependent. When each of us is confident and struggling to move forward in our career or career, we should always look up at the outside world and the surrounding scenery, firmly establish the "ladder consciousness" and learn to use the ladder awesome. At the same time, we should make full use of resources other than ourselves, which will often get twice the result with half the effort.