I dug out my bachelor's research to share it with the world! 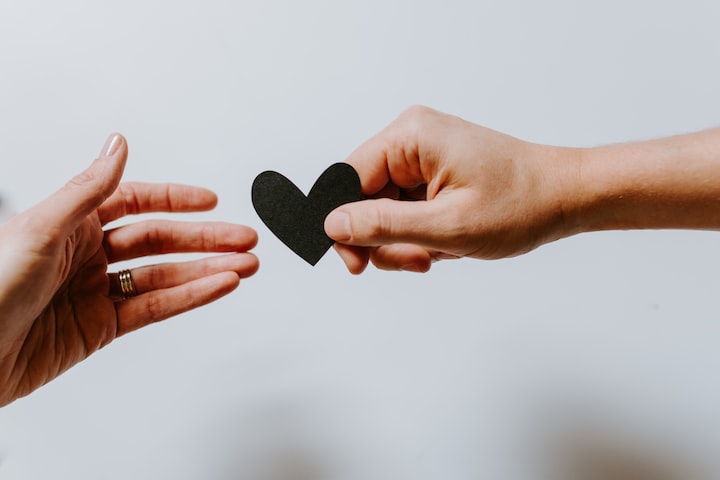 In 2015 I graduated with a bachelor's in Social Work, and then I quickly realised that I wasn't the type of person that can work for the government.

There was the option to open a private studio, but the investment was too large for someone who had paid for University doing multiple low-paying jobs at a time, though at least I wasn't in debt.

But I loved what I studied so much and was passionate about improving the system, so I went for an experimental thesis.

Drawing from the literature on kindness, emotional intelligence and sociology I was able to make concrete proposals on how communities could become more self-sustaining.

My starting point was simple: the government will pay for bills and housing for the poorest people, but very little gets re-invested. Even the projects that are financed are more aimed toward putting a patch on an emergency than looking for the roots of the problem and working there.

Social workers in a rural area like the one I examined would know who can do what right away, while in other areas there might be the need for a research team, but operating one small territory at a time would keep the cost down.

The title of my thesis is: "Kindness matters - Proposals for community empowerment". I was so proud of myself, and I still stand by every word, although I see many more possibilities now than I did back then.

The commission that examined me had a laugh. A couple of them were on their phone during my discussion. And I was honestly too burned out to stand up for myself by that point, so I did my discussion, got my grade and left. But I still think about that idea.

Before the pandemic, I took some ideas from it and I made it into a burn-out prevention program that I started pitching to the University of Oxford. That is a very old and "closed" institution, so they were being very precious about working with me, but I reckon I might have convinced if I continued talking about it.

But then the pandemic hit, and the deadline for applying for a pre-settlement visa after Brexit coincided with the death of my father, and I got locked out of my favourite country.

Recently I have been thinking about it again. I feel deeply that an educated community is more secure, more compassionate, and has the will to thrive rather than relying on survival mode.

It would be fantastic if governments could organise that on their own but, let's be honest, most of them aren't that far from a survival mentality either.

Now that I have this nice little space on Vocal, I thought I would translate my thesis to English and add some new insight and reflection. I don't have any expectation of what will come from it, I simply desire for it to be accessible.

What initially stimulated me to start this research was the reflection that the meaning of the word Kindness can be understood differently by each of us, but a more in-depth reflection leads us to see how closely it is connected with the goals of social work.

Particularly evident, in my opinion, is the connection to the political role of the social worker and their responsibilities towards the community.

This idea started forming during my participation in the Random Acts of Kindness Foundation, the most influential of other similar movements that have been gaining increasing prominence in the United States. Although in different ways, these have the common goal of guiding people towards a more conscious attitude towards others and the community, but also towards themselves.

Hence the question: Can Kindness be the term through which to communicate other more important ones to the community, with simplicity and with terms that are easy to understand for all sections of the population? In the first chapter, I will explain the most recurring concepts, which are then the heart of the discussion: Kindness and Empowerment. Awareness, cohesion and active behaviour are three of the elements on whose necessity the scholars of community empowerment have agreed, and in this work, I will discuss how some activities oriented to the promotion of kindness can indirectly trigger a process of empowerment in the population. I will also indicate the reasons why I believe that the initiative to start this process should start from social workers rather than from governments which, as we will see in the next chapter, have not shown in recent decades a will to invest in social issues.

The possibility of promoting community empowerment through Kindness is the main proposal of this research, and I will talk about it in the second chapter. I will start by talking about the characteristics that "make" Kindness, inspired by the example of the Random Acts of Kindness Foundation. For greater clarity, I will illustrate how these characteristics have been applied in four projects, two in Italy and two abroad. I will also emphasize how social media are a medium that is worth knowing and using for social purposes, given their pervasiveness at all levels of the community. In the third chapter, I will briefly talk about the current situation of Italian social policies in order to introduce the elements that already exist in order to start a process of empowerment. On the basis of these, I will put forward my proposals on what would be possible in the near future. The last chapter will be dedicated to the many points that I would like to deepen and define, which are mainly related to the research methodology that could make my proposal an effective case study and work.

If this interests you, tune in for chapter one. Thank you for reading!