by sara trif 2 months ago in advice
Report Story

Here are a few stories of people who used out-of-the-box thinking to gain self-confidence. 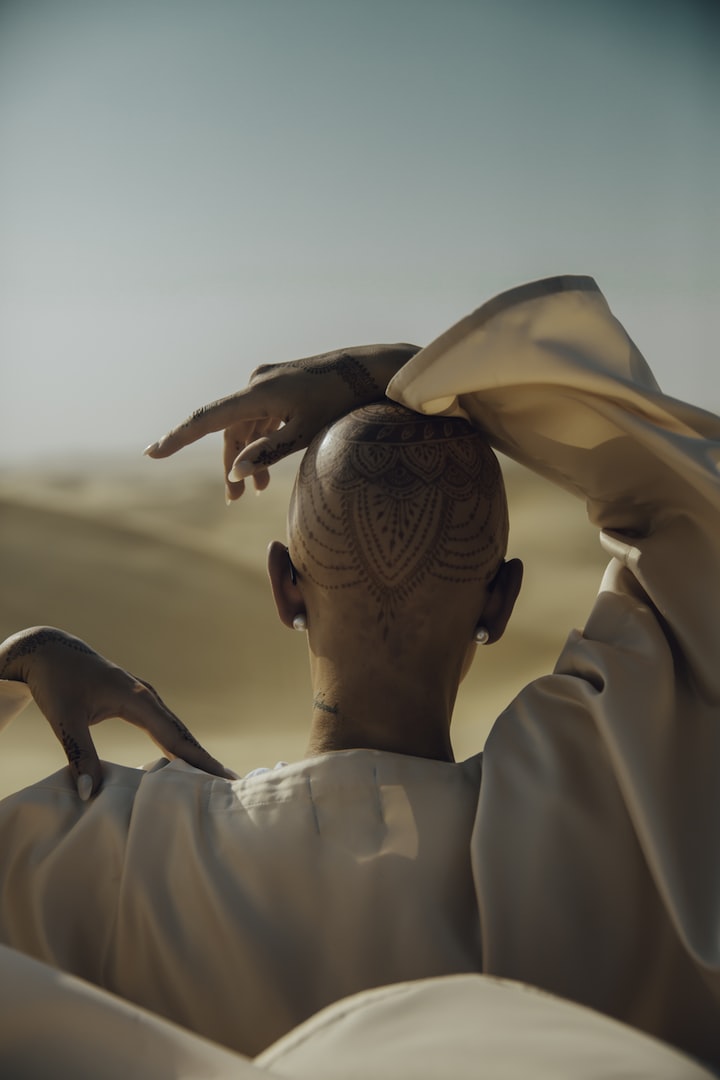 Photo by Ahmed Carter on Unsplash

You've tried deep breathing, taking sips of water, and pausing in between slides. You've kicked things off with a joke or a smile to lighten the mood. You've tried repeating the words "Just be yourself!" in your head over and over as you stood up to begin speaking. You've pictured your audience in their underwear and focused on their foreheads to avoid eye contact. You've practiced in front of the mirror, a few close friends, and even strangers at Toastmasters.

But despite ticking off every old public speaking trick in the book, you still find yourself racked with nerves before a presentation or speech. What's more frustrating is that you know it's possible to get past this fear; after all, there are plenty of examples of people able to speak confidently in front of an audience. But how did they get there?

Chances are these same people who now feel comfortable with public speaking once felt the same way you do now; perhaps they still do at times, but with some creativity and patience, they've managed to find a way to quiet their self-doubt and find the courage to get past their fears. Here are a few stories of people who used out-of-the-box thinking to gain self-confidence.

A senior engineer at Intel, presentations were part of the norm for Dan Nainan. Each month, he'd stand up in front of thousands of people, including company top executives, for tech demonstrations. But each time Dan would take the stage, he'd be engulfed with nerves.

A pit in his stomach would cling to him from start to finish, and after he was done speaking, no matter how seamlessly his presentation went, he was convinced that he'd blown it. He believed his audience could sense his nervousness and that it took away from his content.

Having taken advice from a more confident coworker, Dan signed up for a local standup comedy class. He had always admired comedians—the way they were able to control the stage and engage with their audiences. He thought, just maybe, it could work for him too.

The class was anything but easy, though he managed to make the audience roar with laughter during his first class. He soon experienced what it was like to crash and burn up on stage, hearing nothing but crickets from his audience. Several times, Dan thought about giving up, never returning to the class. But something inside him told him that this process was working, so he continued to go back week after week. And after a while, all of the work he put in to getting up in front of these classes and telling jokes started to pay off, leaving those technical demonstrations he used to feel so nervous about seem like a walk in the park.

The comedy classes helped Dan find his public speaking confidence, and they also led him to discover his true passion. A few short years later, Dan decided to leave his senior position at Intel and pursue a full-time career in comedy—a path that placed him in front of an audience not monthly, but almost daily.

“I’ve been in front of 1,000 people, 2,000 people, 6,000 people, even 50,000 people, and I never, ever get nervous about speaking, ever,” said Dan. “The only thing that makes me nervous is if something is wrong with the situation. For example, the show is taking place in a bar, which is a situation where I know that people keep talking to each other. Or they put me at the wrong time, say during dinner, when people are eating, which is a recipe (pun) for disaster (it is physically impossible to laugh with food in one’s mouth).”

Senior Editor at Science of UsMelissa Dahl considered herself to be a pretty self-conscious person. She could easily recall distinct memories where she had failed to speak up in meetings or shied away from the spotlight out of a fear of standing out too much.

And this was something that absolutely drove her nuts about herself. She was tired of letting opportunities- both big and small- pass her by because she didn't have the confidence to speak up. She was tired of not getting the things she wanted, like a raise, because of being too scared to ask. And she was exhausted from constantly reliving her embarrassments over and over in her mind, never being fully able to get past her feelings of humiliation.

Through her research at work, Melissa stumbled upon a theory known as social mishap exposure, where people intentionally set themselves up for embarrassment with the purpose of making themselves a little less sensitive.

“You can look back at doing something kind of crazy and say ‘yes, that was weird but I’m ok, I survived’. And you get used to that feeling. The idea is that if you get used to these weird situations, perhaps you’ll be better at them when you encounter them in real life.”

So Melissa decided to give this a try for herself. She had a difficult conversation surrounding contentious topics with a friend that had a completely different set of political beliefs than herself. She attended a weekend-long seminar on racism that required her to engage in “uncomfortable but consequential subjects like politics, religion, and race” with complete strangers. She danced in the middle of a circle, leading the group through the chorus of “Sweet Caroline” during an improv class. She even auditioned and performed for a live edition of Mortified, a show that invites people to read aloud from their childhood journals in front of an audience.

Melissa recounts the series of challenges she put herself through with the hope of learning to be more accepting of her feelings in her book Cringeworthy: A Theory of Awkwardness.

As Melissa continued to challenge herself, she realized there was no way to fully free herself from awkward situations. They could happen anywhere and at any time, even when she least expected it. Instead, she learned to gain a better understanding of herself during the moments when she experienced those feelings and discovered that no matter how awful cringeworthy moments could sometimes feel, that she would get through them.

Adonal Foyle took his game-time strategy off the court.

Former NBA star Adonal Foyle learned very early on during his career as a professional NBA player that a balanced life that left room for both physical and mental improvement was essential in reaching his goals: “That first year in the league was one of the hardest moments. In college, I played for 30 games each season, but then I came to the NBA where, when I reached 30 games, I realized I wasn’t even halfway through the season. And my body, my mind, everything was just exhausted. It was hitting a brick wall. And I had to find a way to carry myself through the rest of the season. I had to find different ways of stimulating my mind and motivating myself.”

After retiring from basketball, Adonal started his own performance coaching company and found himself accepting regular invitations to speaking engagements and television interviews. He realized the nerves he felt before a presentation or interview weren't all that different from the pre-game jitters he used to experience during his time in the NBA. So he started to rely on the same strategies he used then.

For Adonal, this first meant recognizing his tension. Though, like many of us, he would feel an urge to suppress his nerves, he knew that ignoring it would only make things worse. So he started to intentionally shift his focus onto his tension with the goal of gaining a better understanding of what was causing it.

“You have to recognize what’s making you nervous and why it’s making you nervous. Usually, it’s because whatever is going on, whether it’s a game, an interview, or a presentation is important to you. You’re invested in the outcome and you want to do the best job you possibly can because the result means something to you. If it wasn’t important to you, you wouldn’t be nervous,” says Adonal.

Next, he built a strategy for himself to help turn the nerves he felt into positive energy. He started with a “pre-game” routine to better prepare himself. He would set aside time for practice and intentionally go through the motions of everything he would be doing before and during a presentation to help make it feel more familiar. He would practice walking into a room, introducing himself, and even just the feeling of standing up in front of others. He knew the more familiar he felt with the routine, the less stress he would feel later on.

Finally, he built a “post-game” strategy for himself. Rather than immediately moving on after a presentation or interview, he would take a moment to recognize the things that went well, no matter how small they were, and celebrate them. Then, he would take a few moments to assess where he could have improved. This final step wasn't about beating himself up about what he could have done better; rather, it was a first step towards preparing for the next presentation he would give, way to manage where his focus should be to get the most out of his next practice.

Overcoming a fear of public speaking doesn't always have to be done using the same old rules. With a little patience and determination, confidence can be found through creativity, out-of-the-box thinking and—dare we say it—even fun.

More stories from sara trif and writers in Humans and other communities.