by Stephanie Battle about a year ago in humanity
Report Story

To bring us together 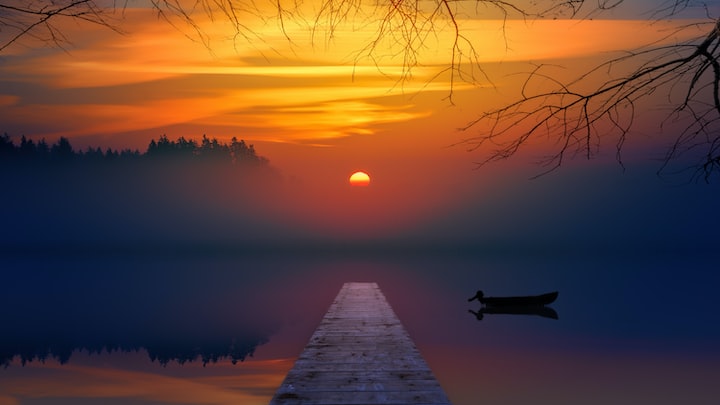 It started with an awakening, not just one, but multiple awakenings simultaneously. They grooved and intertwined unknown to the many connections they made. Sometimes the journey seemed endless and other times the journey must be repeated; maybe more than twice. For one, it will be life-changing for it needs to be. Another may only need a fraction of what it takes to discover the meaning or may never discover it at all. Sad to say fear can do more harm than good or can be the defining factor.

Like a ripple in the water, it can start tiny and manifest and carry, reaching far. It could be as beautiful as the sunset, as interesting as watching a toddler use their imagination. It could be as busy as an ant colony or uneventful as a mundane routine, come from a stranger than someone known. Just don’t be too busy to see it.

A journey of simplicity began as Gloria never thought that life could be as simple as letting her granddaughter play beauty shop. As the two-year-old roughly tackles her mane with a comb, slapping on leaps of jelly as she sees done many times before, Gloria finds comfort in knowing that this joy should not be taken for granted. In the past, she would be horrified if nail polish was done so messy. Nothing but immaculate and precise for her. As she watched the two-year-old run about destroying the uncluttered space of her home, it filled her with delight to rediscover the simple joys of playing with a blanket: house, ghost, ‘oh, it’s cold’ and water. How the disorder of pulling pots and pans from the cupboard could be so thrilling to see and the booming sound they made as they are banged with a spoon. Listening to her grand talking again about the ‘boo-boo’ from last month as if it was today. Watch as the child manipulate her cell phone better than she.

Like with Scrooge, a single effect could allow you to witness the beauty around you differently. Now with much fascination as a child, you can watch the world with new eyes, grieve the beauty so carelessly ignored, and ask for just one more day. When you are so close to the end music sounds more poetic than normal. Flowers are more vibrant and a child’s laughter is so contagious. It was too close to Gloria’s time, and as she watched her granddaughter run aimlessly about, a tear dribbled down her cheek. It was a tear of joy that her last days were filled with so much pleasure.

A journey of awakening. She thought she could follow in the footsteps of another, they made it seem so simple the way they did it. How could she fail? She’ll do it better, show THEM how it’s done. She didn’t know there were so many rules associated with an event that was done by most. Her friends told her to ignore the rules she didn’t like and just focus on the ones that mattered to her. Her family got on her about following all rules: eat healthily, no drugs or alcohol, drink enough water, and go to doctor appointments. As her belly grew, not following some of the rules started to pay a toll on her. “Why am I so tired?” she would ask as the weight of the fetus matured. “Your body will protect the fetus first,” her mother told her. “It will pull from you what it needs to keep the baby healthy.” Soon she was becoming weak, not happy with this process, ‘where’s the happiness?’ she thought. She watched others, her sisters who followed every instruction as told, become stronger, beautiful, and vibrant. Their hair did not fall out. Their skin did not turn dark and scaly, dull and putrid. They looked beautiful.

Abby arrived with some difficulty, but the true difficulty came with rearing her. Abby cried a lot; loudly, incessant bellows that kept everyone awake. She was always at the doctors for one ailment or another. The doctors could see that Mom ‘did not follow the rules’ and scoffed as they told Mom so. Abby grew to be a pretty little girl with much stress and anger by the age of two. Her mom thought just having a pretty child was important, not the emotional state of her pretty child. It didn’t matter if she was clean with clothing that fit or hair well kept. Mom didn’t think those attributes contributed to beauty. By the age of twelve, Abby left home to live on her own. She too felt that she could do the job better than another. She could definitely take care of herself better than her own mother.

A journey of friendship is sometimes unexpected. The five women were amazed that they formed such a strong bond. Each came from different backgrounds and upbringings: single father, single mother, strong church upbringing, and two-parent working class. Initially, when they met, differences kept them apart but similarities glued them together.

Each couldn’t imagine the other understanding their trials or where she was traveling to or from. Although each were women, that attribute was masked by the prejudice of the other. Soon they would learn that no matter what their upbringing was, as women, the fight was the same. It took a forced scenario for the two to understand their collectiveness. Ashamed of what she was going thru, silence smothered her opportunity to heal. Viewing or maybe sensing the silent suffering of the other, it took a simple act of strength to acknowledge ‘I too have been where you are today.’ Conversation, tears, and laughter slowly healed and re-healed their wounds. Confirmation that ‘this too will pass’ strengthen their reserves. The understanding that, although not in the same fashion, the possibility of fewer tears, more triumph will be on the horizon.

All but one could bear children, but one’s child became everyone’s child. There were no childless women amongst their family, their community. Each woman slowly began to announce their fears realizing it captured and tormented them, all to a certain degree. Each fear was faced by them all peeling away what they thought were hideous scars but showed nothing more than beauty marks.

No one age difference entitled seclusion for each had something to give and to contribute. They knew that life packaged them the same but different still. Not one of them was whole or complete. They were all slightly damaged goods because of their past, but it became their foundations. Their past was what they used to form an eternal bond of sisterhood and healing. One could not get through life completely by herself. A sister, silent or loud, paved the future’s journey.

I always loved to write imaginary stories as a child. The stories calmed me and were my escape.

Hi, my name is Stephanie and I think writing, especially writing to connect with one's self, can be enjoyable and uplifting.

More stories from Stephanie Battle and writers in Humans and other communities.