It's Not Just You: Women Are Losing Interest In Men, Dating, And Marriage

Why it might be time to rethink how we date others. 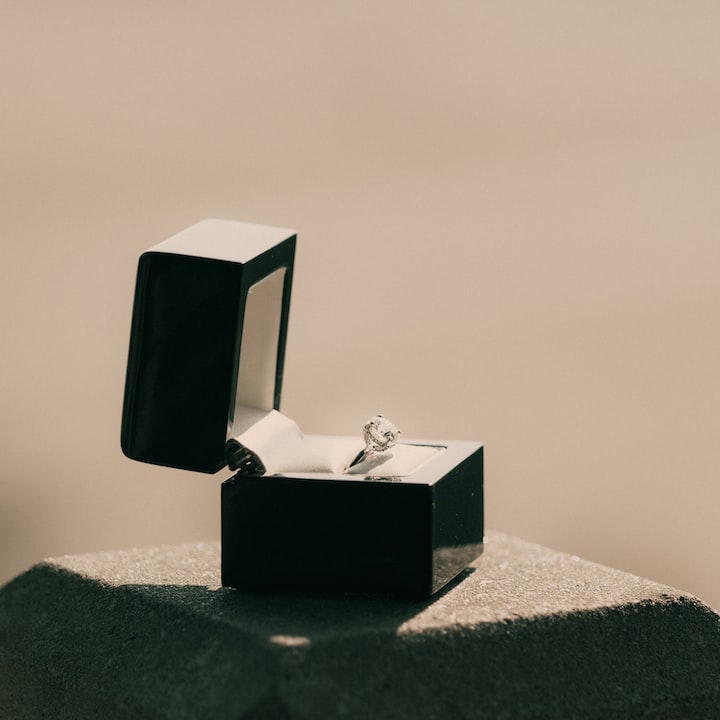 Photo by Earthly Beauties on Unsplash

Lately, I've been noticing a bunch of interesting trends in the online world. And in real life. As a geriatric Millennial, I grew up in a world where dating was just what you did. I was the type of person who genuinely needs to be married to be happy. Most people my age, especially female-presenting people, tend to have had the same vibe.

When I was 18 or so, most girls were super stoked about going out on dates. I was the leader of that pack, and was hyped about getting married. It was just how things were. Nowadays, when I ask girls about what it's like to date, things are...different.

What do I mean by different? Well...Let me show you some of the reactions.

Whether news companies are reporting it or not, a slow and silent exodus is starting to happen. For years, an increasing number of men have noted that they no longer want to be married or propose to girls. Some are even quitting the dating scene altogther.

Inside The Silent Departure

I first started to notice the dearth of women willing to date when I started talking to my guyfriends. Many of them casually explained that girls no longer seemed interested in having committed relationships. Some noted that they were getting fewer and fewer connects on Tinder, others just noted that girls weren't even bothering with talking to them.

As a netizen, I am well aware that men have been overly vocal about refusing to marry women in recent years. The MGTOW movement is alive and well. And, it's a vocal crowd. They got a whole PR thing and everything.

Girls? Not so much. But, that doesn't mean they aren't backing away from men and sex. Studies show that BOTH genders are having less sex than ever before. Moreover, there is growing evidence to suggest that increasing numbers of women are choosing to stay single.

I know you're reading this and you want to say women are still looking for relationships with men. To a point, you're right. Some women are also still desperate to find a spouse. I know, because I was that person before I got married.

However, that doesn't negate the fact that women are increasingly disinterested in men. Before you blow me off and assume I'm a bitter, crazy lady, let me explain something. I'm just reporting on what I've personally seen and y'all shouldn't shoot the messenger, ok?

One of the most commonly-asked questions I hear about this topic is, "If women are dropping out of dating, why aren't we hearing about it?" Allow me to explain...

Women are conditioned to avoid broadcasting their hurt. This is especially true when it comes to bad experiences with men. It's easy to see why, too. A lot (but not all) men have a tendency to get very bitter and even violent when they hear that women are losing interest in them.

Most women would rather avoid confrontation by just silently (and individually) bowing out of the dating scene. Besides, it's really no one's decision aside from the individual herself.

Why Is It Happening?

Honestly, it's because most women are getting sick of dating. Dating isn't just brutal for men. It's also emotionally draining and physically risky for women. If you want to see what I mean, go on Tinder with a fake picture and see how men treat you. You'll be horrified.

Here are some of the reasons I've personally heard, or read, from women who gave up on dating:

Is This Legitimately Happening?

Yep. If you don't believe it, take a look at how many posts talk about girls deciding to take a break from dating and having it end up permanently. There are a few out there. For the first time in my life, I'm hearing more and more young women straight upsaying that they do not want a future with a husband.

The truth is that women have been pulling away from men on a global scale, and to a point, they are right to do so. Women are always expected to do the majority of housecare, and in today's society, are also expected to foot the bill for home purchases too. On top of that, they're also expected to do childcare. Saying they got the bad end of the stick is an understatement.

This isn't just a young girl's thing, either. Men are more likely than women to remarry after a divorce or spousal death. It's been that way for years, too.

What Does This Mean For The Dating Scene?

For guys who have walked away, this won't impact them. For men who want to have a wife or girlfirend, well, it's going to get even rougher to find that relationship you're hoping to get. I mean, it's not getting to a "crisis point" yet, but it's going to make a difficult game even more difficult.

What Can Fix The Dying Dating Scene?

Men and women are increasingly disengaged with one another. We are literally having less sex than ever before. But, I'm not sure this is a bad thing. We're at a point where people are getting sick and tired of being treated like less than human. This goes for both men and women.

Rather than expect relationships to be transactional, people are starting to insist on having them be real. As in, a real relationship where there is respect and consideration for the other partner. Both men and women are waking up to the fact that it's better to be wanted than needed. So, being wtih someone out of desperation is becoming rarer than before.

We are asking the right questions these days. It's no longer a question of "What money, sex, or status do you offer me?" It's a matter of, "Will I actually enjoy your company for years to come? And, moreover, what will you add to my already awesome life?"

So, what can fix the lack of ladies going on dates? Well, we have to make dating, love, and marriage attractive again. This isn't something men can do via lecturing women on how they need to give someone a chance or that they'll die alone otherwise. It's something that has to be done through a sustained, systemic overhaul of ALL peoples' attitudes towards partnerships.

Until everyone makes an effort to make relationships look worthwhile, we're going to continue to see people stay single by choice. Or at least, that's my two cents.

More stories from Ossiana M. Tepfenhart and writers in Humans and other communities.